A Passionflower and a Lantern 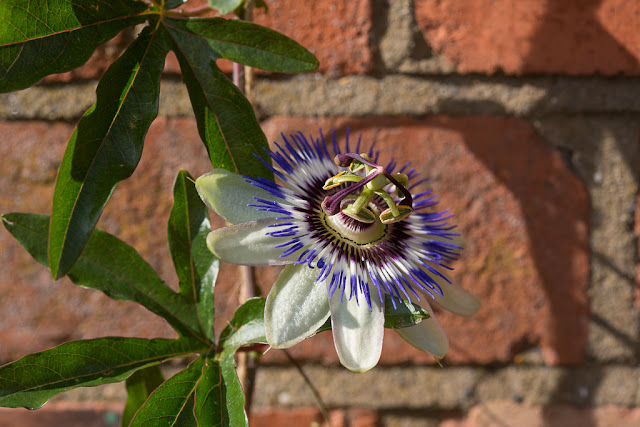 First, our passionflower vine -- the one I almost killed -- has shown that it is truly forgiving. It's blooming again, and it has lots of other flowers on the way. 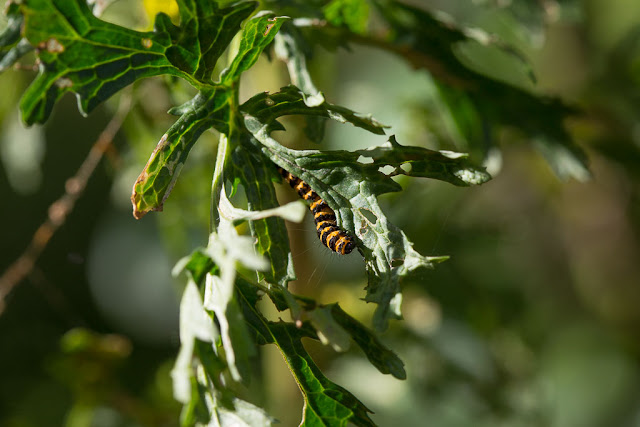 We're down to one last cinnabar moth caterpillar. I don't know if he's behind all the others developmentally, or if the others were simply eaten and he's the last survivor. At any rate, he doesn't seem to be in any hurry to go anywhere. He's still hanging out on the ragwort, munching away at the leaves. (Could be a she, admittedly.) 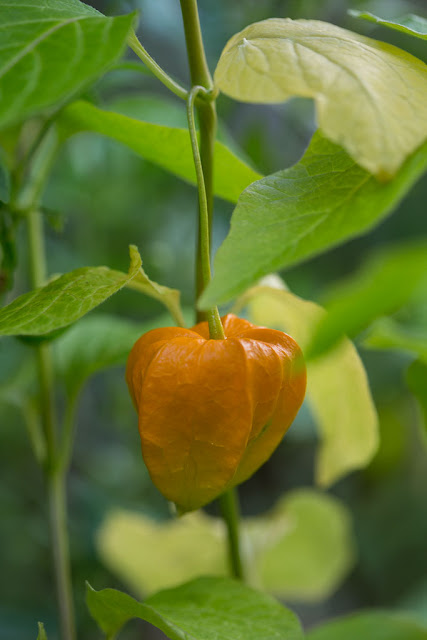 And remember our Chinese lantern plant? Well, it finally produced a lantern! We only have one -- for some reason our plant sets lots of blooms, and then 99 percent of the flowers fail to turn into seed pods. Maybe they're not being fertilized. This one somehow managed to do the job, so at least we're not completely lanternless.

Remember how I spent hours on Tuesday deleting the records of hundreds of departed students and parents from the library circulation system? (Seriously -- hours and HOURS.) Well, yesterday morning I discovered that all those deleted records were back again. They had been faithfully restored to the system by the overnight backup -- which isn't supposed to happen when people are no longer current students or family members. I went to the tech department and said, in effect, "What the HELL?!" Turns out the system was backing itself up with an old student list! ARGH!

So now I have to delete all those people all over again. Sisyphus, anyone?
Posted by Steve Reed at 6:18 AM