Petunias, Politics and Other iPhone Pics 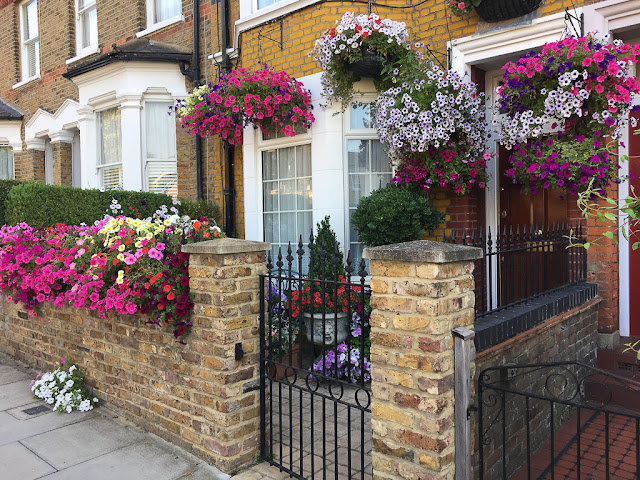 Time for another miscellaneous collection of pictures from my phone!

Someone really loves petunias. I'm especially impressed at the ones that have apparently seeded themselves in a crack at the base of the garden wall. We have petunias on our front porch, too, but they're not this...abundant. 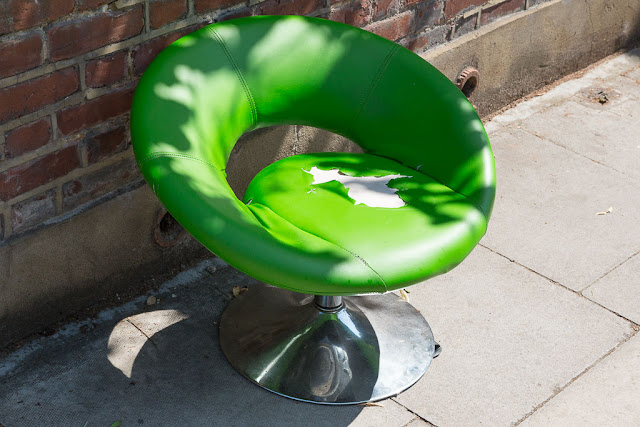 This discarded groovy green chair has been sitting on Fortune Green Road for a while now. It looks like it was quite fashionable in its day. 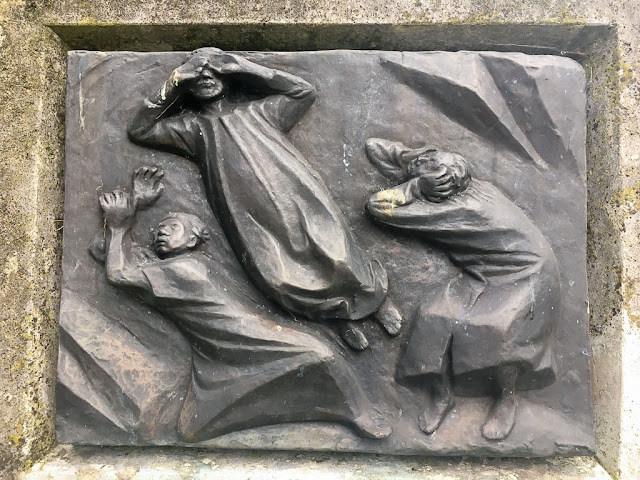 I'm often impressed by the artistry of some of the headstones in Hampstead Cemetery. Here's one I find particularly interesting -- at the grave of a Viennese family who lost a member at Auschwitz. I'm assuming it depicts souls going to heaven, although they don't look too happy about it. 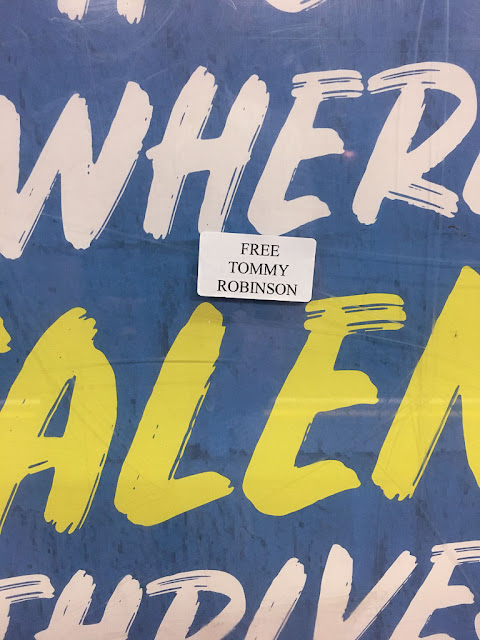 This sticker, spotted at the West Hampstead tube station, refers to an English far-right leader who's now in jail for contempt of court. I'm not complaining. 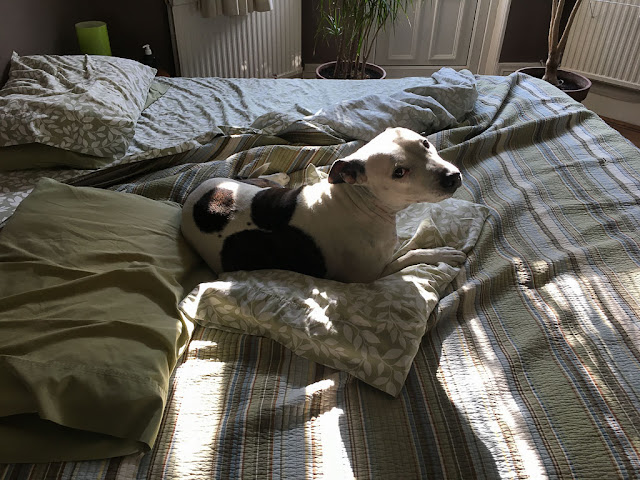 "Why are you interrupting my nap?" 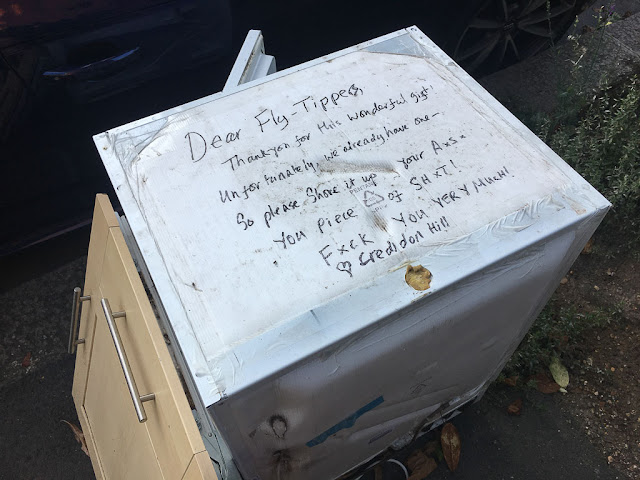 I found this abandoned refrigerator on our street, complete with a piquant note someone had painstakingly composed to the "fly-tipper" who left it there. Coincidentally, a friend had recently told me about the "Clean Camden" app, which allows people to report unsightly street rubbish to the council for removal. So I used the app, and within an hour or two the fridge was gone! Much easier than writing a hostile missive, though perhaps not as fulfilling. 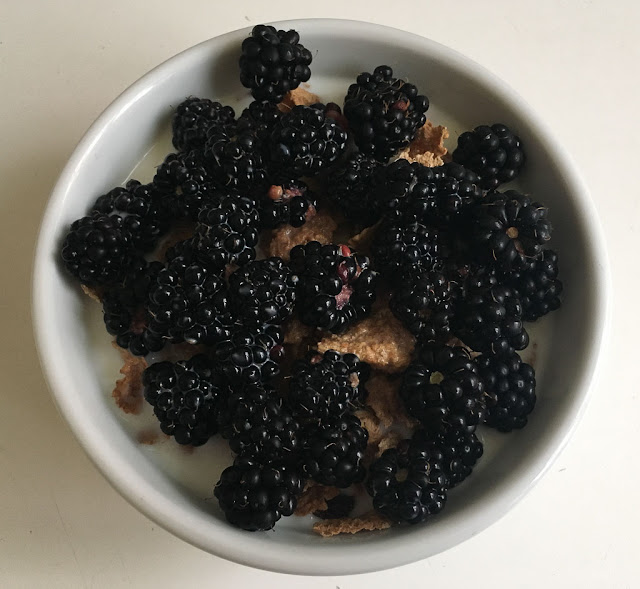 It's wild blackberry season! I've been picking them in the back garden and adding them to my morning cereal. Surprisingly the birds don't seem all that interested in them. Maybe they're too tart. (Dave doesn't like them for the same reason, but I love them.) 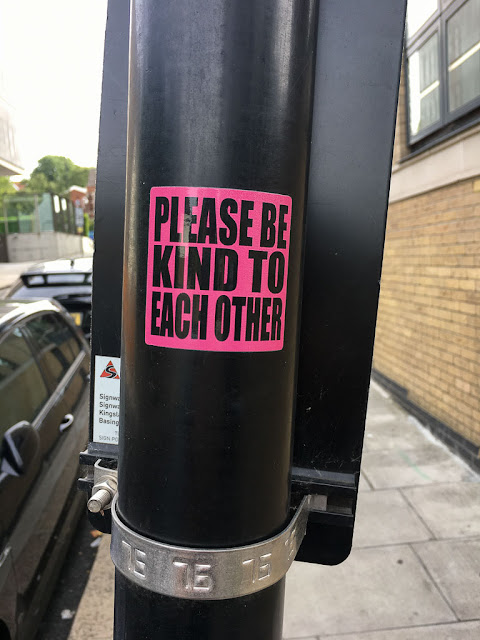 A sticker found on a morning dog-walk -- and a nice counterpoint to the sticker from the tube station above. 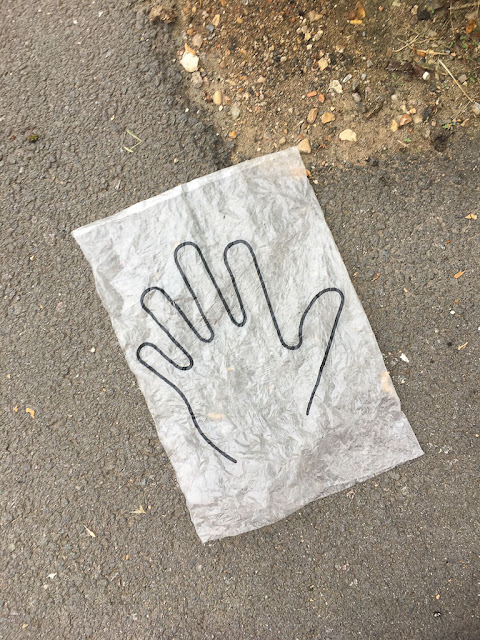 And finally, a mysterious plastic bag found on the sidewalk. What's the deal?
Posted by Steve Reed at 6:04 AM