Checking Up on the Carlton 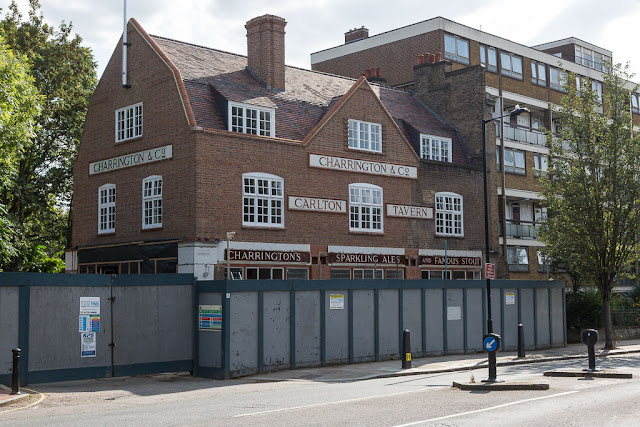 Here's the latest update on the Carlton Tavern, the historic pub demolished without permission and then ordered rebuilt by local government. It seems almost finished and it looks pretty good, I must say. The signage looks very accurate and you'd almost never know that it's not the same building. 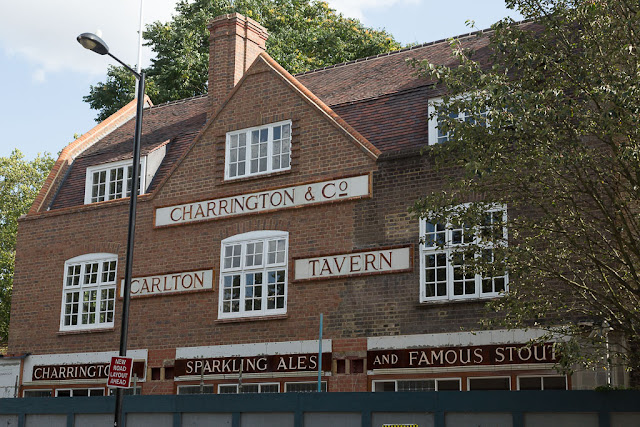 You can see the change in color between the surviving bricks of the older structure, at right, and the new ones at left. But even that will fade over time, I suppose.

The developers are significantly behind the time frame imposed by the council for completion of the project, and apparently the building is for sale, although I didn't see any obvious signs while I was there. When I posted these pictures to the Facebook group dedicated to rebuilding the Carlton, several people speculated it wouldn't reopen at all -- that although the rebuilding was required, reopening it as a pub was not. I don't know whether that's true, but I guess time will tell. Hopefully we'll all be able to get a pint there soon.

At least there's no longer a big hole in the streetscape, like a jagged missing tooth.

You'll be glad to know that Olga appears to have recovered from her bout of stomach illness. She seems more or less back to normal. We took her to the vet yesterday afternoon -- coincidentally we'd already planned the visit for another reason, because she tore her dew claw on her right front foot. The vet snipped off the torn nail and otherwise Olga seemed fine. She downed several salmon treats and we didn't even get charged!
Posted by Steve Reed at 7:23 AM