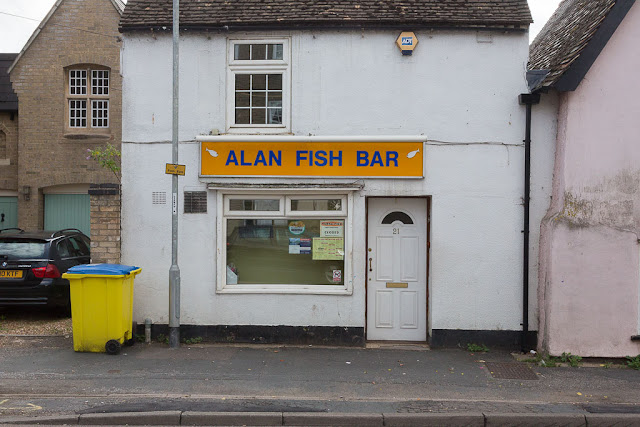 I took this picture when I was in Ely last week. That facade carried me back several years to a New Year's Eve gathering where I met a boy who said his pet fish was named Alan. (This cracked me up at the time.) I hope Alan isn't being served at this fish bar.

I spent yesterday morning repotting some of our plants. I walked up to Homebase and bought three big flowerpots and some soil, brought it all home on the bus, and repotted two extremely root-bound dahlias and our found buddleia. Which is flourishing, as buddleias are wont to do. It's a little scary, actually.

I also bought a poor sad cosmos that called out to me for help: 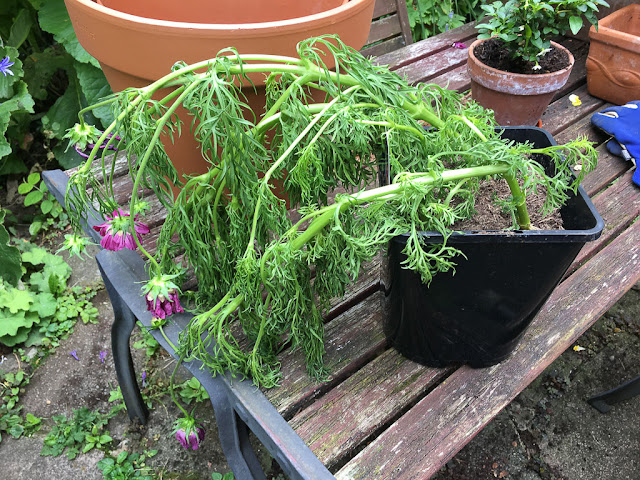 I actually paid money for that! Isn't it the saddest thing you've ever seen? I brought it home, immersed it in water and left it for several hours. Now, this morning, it looks like this: 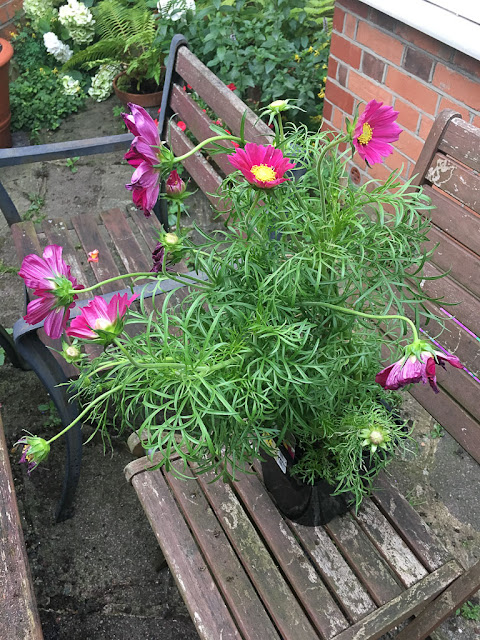 Cosmos really are amazing. They bounce right back. (Yes, I've done this before.)

In the afternoon I took Olga walking in the cemetery, where we saw... 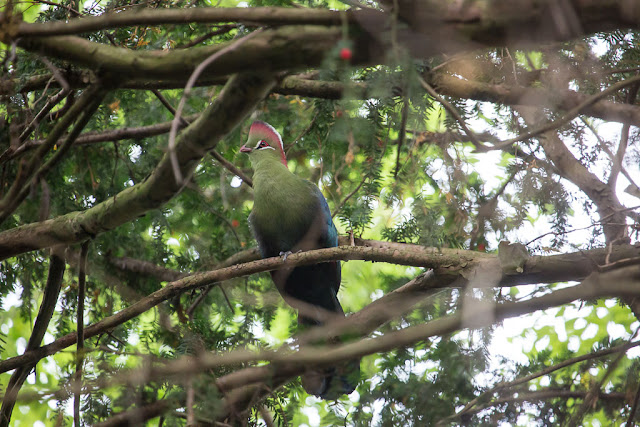 ...the lost turaco, still hanging around in the same stand of trees. It doesn't seem at all troubled, so I guess it's doing fine. Maybe it's eating the red yew berries on that yew tree? I put a notice on the lost parrot online message board, in addition to my previous announcements on Twitter and Facebook, but I wonder if whoever lost it knows it's out there and just can't get it back. How would they, unless the bird willingly came to them? And maybe it doesn't want to. 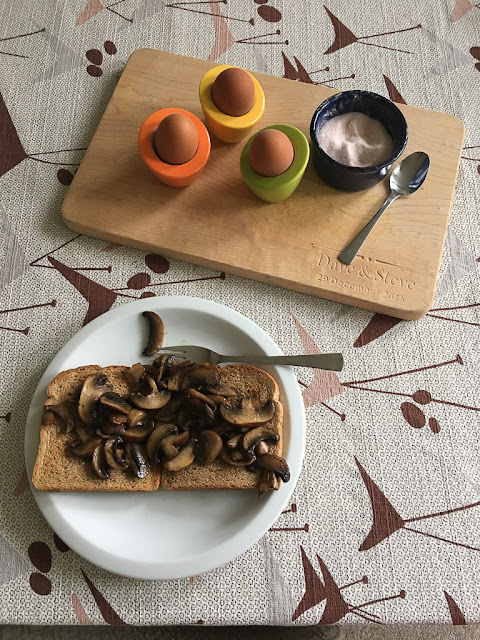 This was my dinner. It may seem a little strange, but I had two goals -- to use up some mushrooms that Dave left in the fridge, and to use our egg cups. I bought those egg cups when I went to Brussels three years ago, and we've never used them. They still had the price tags on! So last night I cleaned them up and put them to use.

I have to say, eating an egg out of an egg cup isn't the easiest thing in the world. I think I'd rather just have an egg salad sandwich.

Finally, I concluded the day with another installment in my Tom Courtenay film festival, "Billy Liar" from 1963. Much more light-hearted than the previous night's film, with the added bonus of a very young Julie Christie. They'd be reunited just two years later in the blockbuster "Dr. Zhivago," one of my favorite movies.
Posted by Steve Reed at 6:41 AM