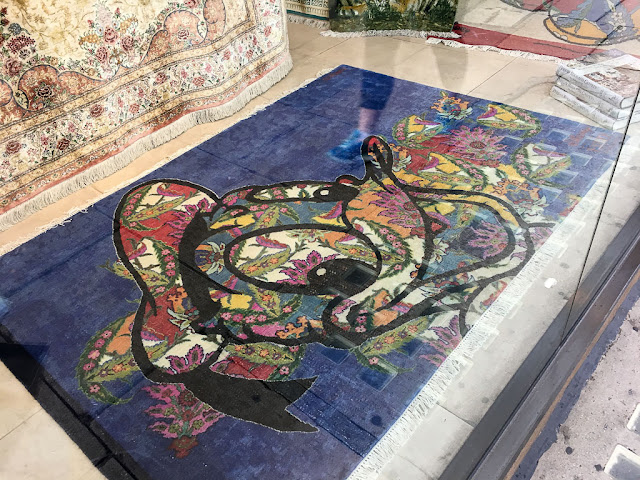 I spent all day yesterday sitting at my desk, compiling a binder we use to reserve library space and track the librarians' tasks throughout the year. It's much more complicated than it sounds, but now it's done -- and once I've got the magazines sorted and that binder finished I feel like I've leaped my major beginning-of-the-year hurdles. Whew!

Unfortunately sitting at my desk doesn't do much for my blog, so today, I can only pass along some more random iPhone pictures.

First, I saw this rug in the window of a swanky carpet emporium on Piccadilly. What a bizarre combination -- colorful floral carpet and Donald Duck! I bet it costs a fortune. 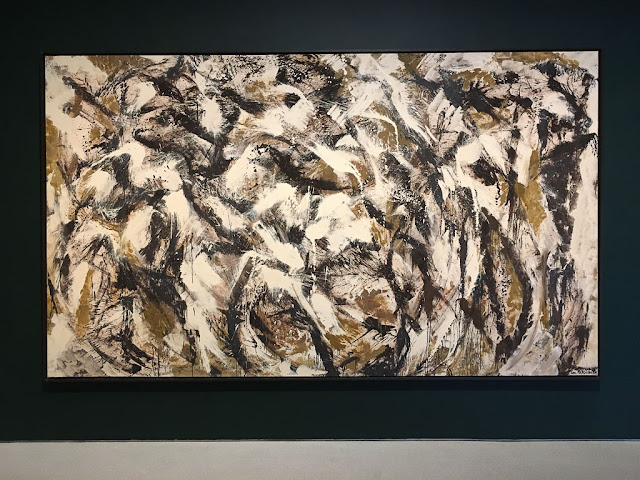 This is another painting from Lee Krasner's show at the Barbican, which you may remember I saw recently. It's called "Polar Stampede," from 1961. The black forms do look sort of animal-like. It made me wonder whether Krasner started with an idea or title, or if she simply went with the flow and named her creation afterwards. In other words, did she start with a blank canvas and say, "I'm going to make a painting suggesting animals in a snowstorm," or did she paint it and say, "Hey, that looks like animals in a snowstorm!" Know what I mean? 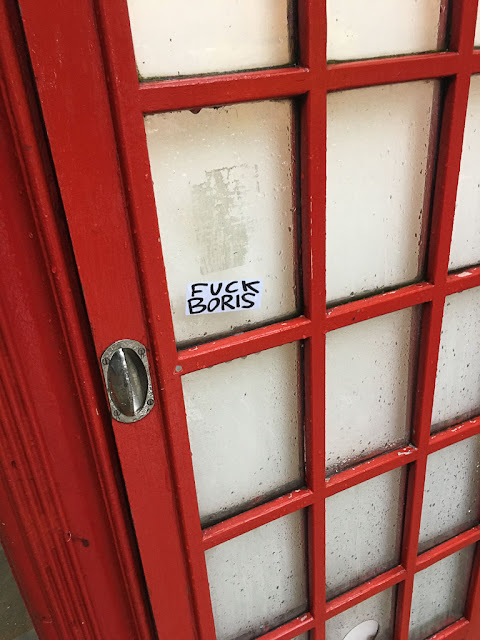 This is pretty much the predominant opinion, at least among people I know. 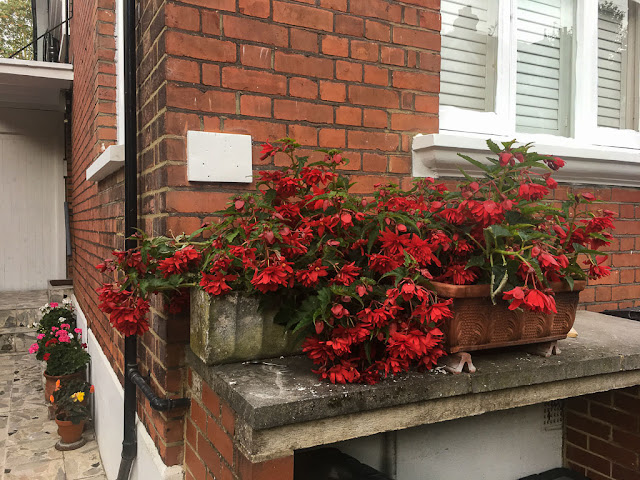 These are my neighbor's begonias. He's a nice older guy, very talkative, and he always has flowers on display in front of his house. He once told me he bought his place in the 1980s for something like £80,000. Now it's probably worth a million! 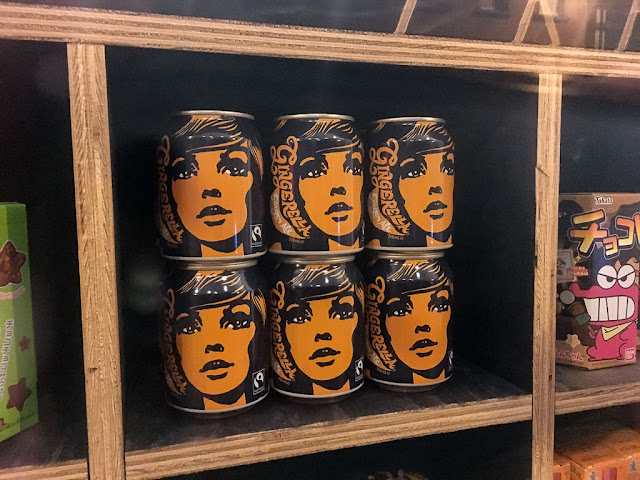 I saw this canned drink in the window of a shop. I think it's called Gingerella, which explains the groovy '60s cans. I immediately thought of Twiggy, but they're sort of Barbarella too. 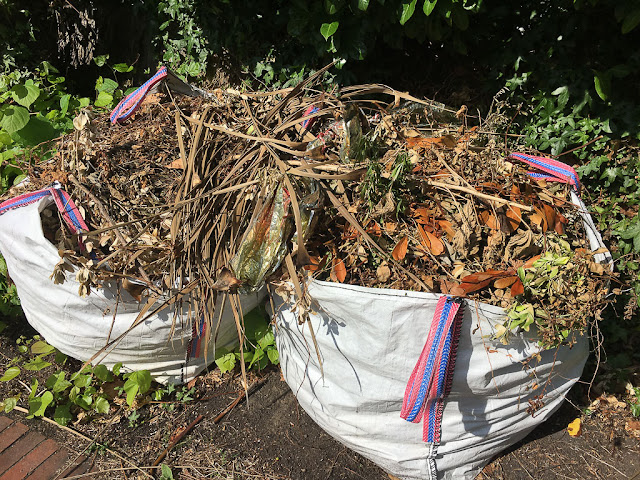 As I was walking home from work I noticed that the church on Priory Road had trimmed its trees and finally, finally removed those mylar balloons snarled in the branches. Remember when I photographed them years ago? They've been hanging limp and discolored in the tree ever since -- once mylar gets stuck in a tree, nothing in nature gets rid of it.

You probably can't see them easily, but the balloons are in these bags of debris, faded to a weak gold color. 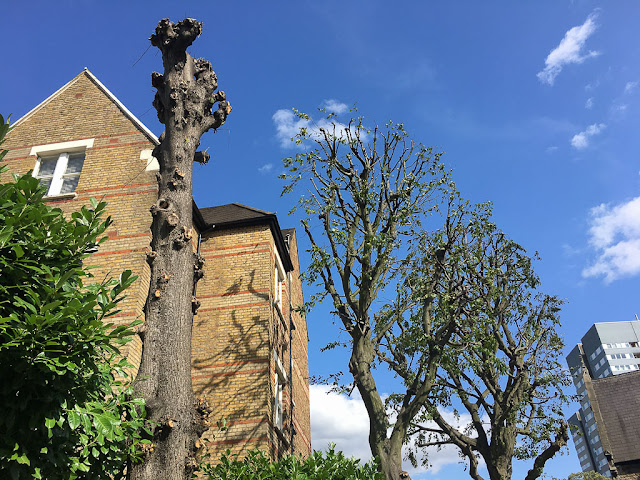 Unfortunately this also means that the trees have been pruned to within an inch of their lives!
Posted by Steve Reed at 6:47 AM