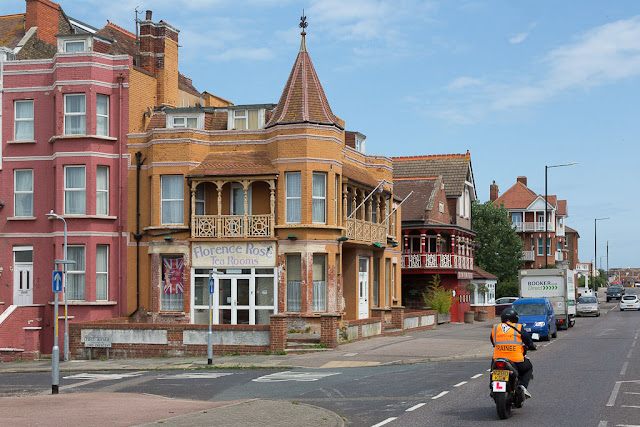 I took another day trip yesterday, out to Margate on the Kent coast. An art museum there called the Turner Contemporary is exhibiting seaside photography by a range of artists over the years, and I wanted to check out the show -- as well as do a little seaside photography of my own. 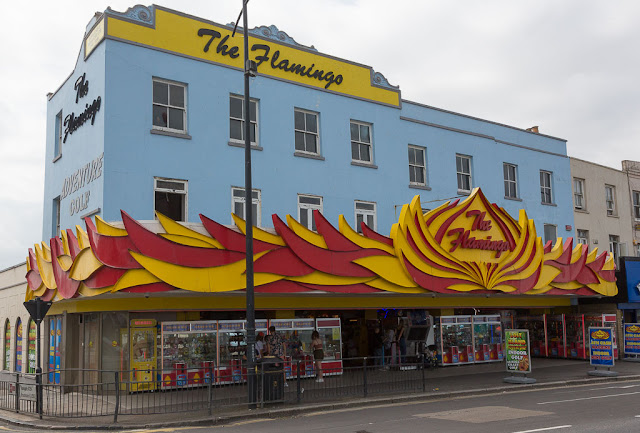 Margate is an interesting town for photos. Like many British seaside resorts, it's suffered in recent decades as airline prices have dropped and more English people take their holidays abroad. But it was still quite busy, with plenty of sunbathers on the beaches and gamers in this Vegas look-alike arcade. 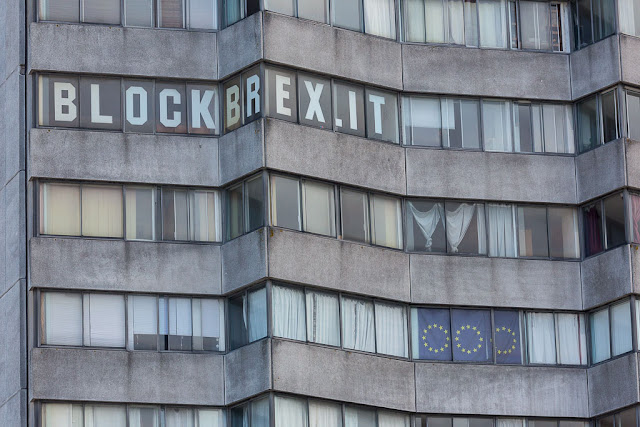 This high-rise housing block caught my eye, for obvious reasons. If you go to the website blockbrex.it, you'll find a little Pong-like game where you can use a paddle to hit a ball and dismantle portraits of Brexit leaders like David Cameron and Nigel Farage. Click the question mark on the home page for the back story.

Anyway, I walked around Margate for a while, had lunch and went to the photo exhibit, which I really enjoyed. There were Victorian photos of people lounging on the beach in absurd layers of heavy clothing, bright funny postcards, images of seaside shopfronts and decaying beach hotels, mid-century color photos of enthusiastic beachgoers. Two male photographers took photos of young, handsome men and then hid them away at home -- the images were only found after the photographers died. Hmmmm... 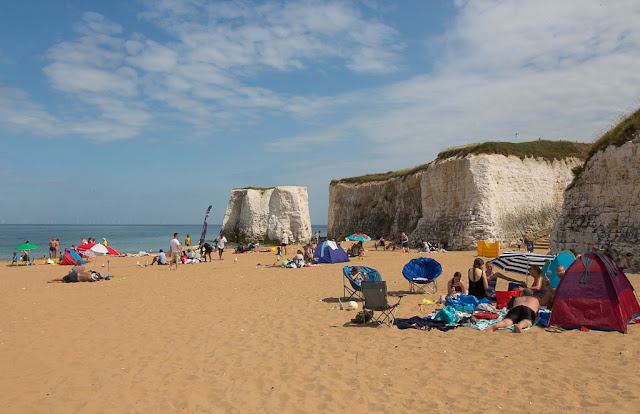 Then I hoofed it out to Botany Bay, where we took Olga a couple of years ago. We were there in February and practically had the place to ourselves. It's much busier in summer! 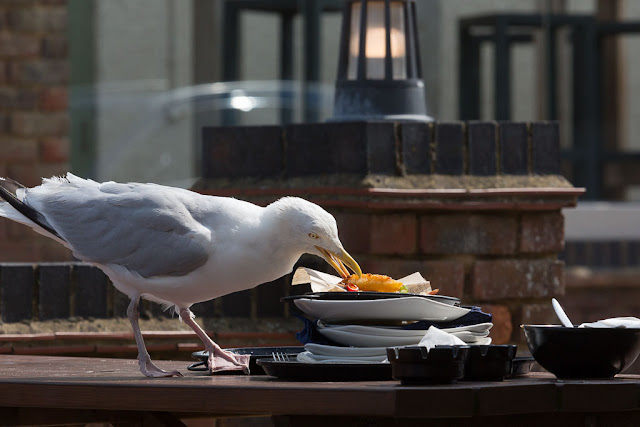 I had a pint at the local hotel and watched this seagull brazenly raid dishes left on the outdoor tables.

Then I walked back into Margate, on an inland route this time, past tidy houses and gardens and some interesting shopfronts. 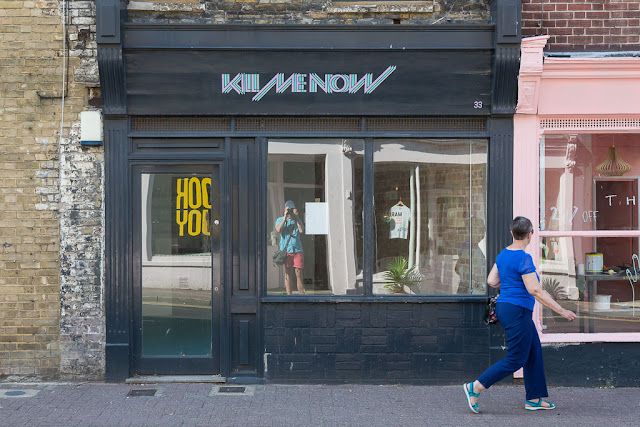 An opportunity for a reflective self-portrait!

I got to the station just in time to catch my 4:30 train home, and witnessed a bizarre situation. As I waited on the platform a young woman came and sat next to me, and within a few minutes she was approached by two men, one middle-aged and one older. "How did you find me?" she kept asking them. They persistently tried to persuade her to come with them for "a drink," and offered to drive her back to London, but she said no, she was fine, no, no, no. The older man told a bystander he was her father, and indeed she called him Dad. I silently stayed where I was to keep the men from getting any closer to her, while simultaneously trying to figure out how to call over a station employee -- but then the men left. She immediately called a friend and said she "panicked" when they found her and she didn't want to have to move again. I'm not sure what was going on there, but it wasn't good.
Posted by Steve Reed at 6:10 AM