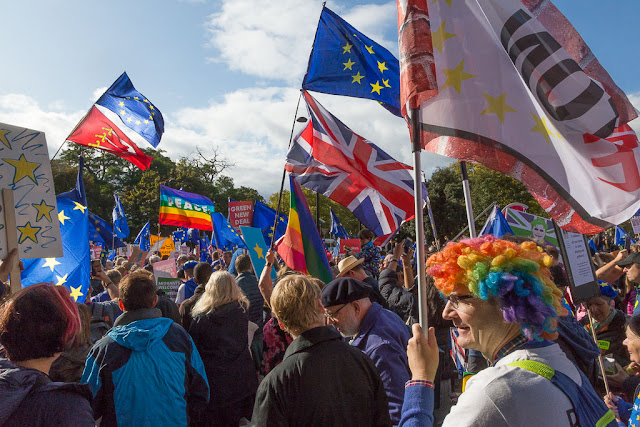 I did in fact make it to yesterday's big "People's Vote" march, demanding a new referendum on Brexit. The argument is that the British public didn't know or understand the true ramifications of Brexit when the original referendum was taken in 2016. Makes sense to me -- why wouldn't we want another vote, now that we have more specific (and truthful) information and can take the pulse of the British public three years later?

It was a lively but orderly and smooth procession from Park Lane, down Piccadilly and Whitehall to Parliament Square. I stayed with the march for almost its entire length -- I bailed only when the crowds came to a halt near Parliament Square (which was presumably full) and the skies opened up for a brief rain shower. I figured by then I'd done my duty and I got out, walking over Westminster Bridge to Waterloo. 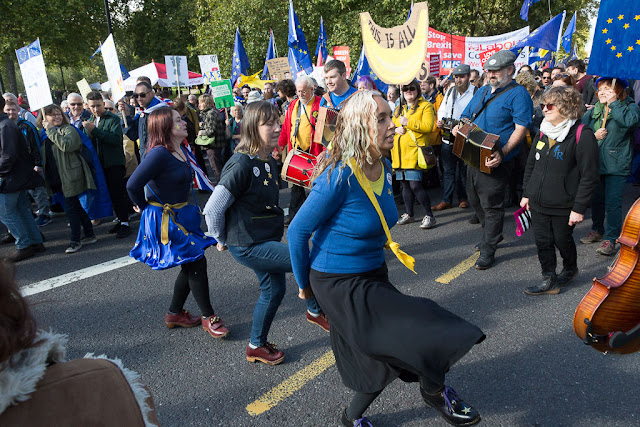 Among marchers from all over the United Kingdom, there were dancers... 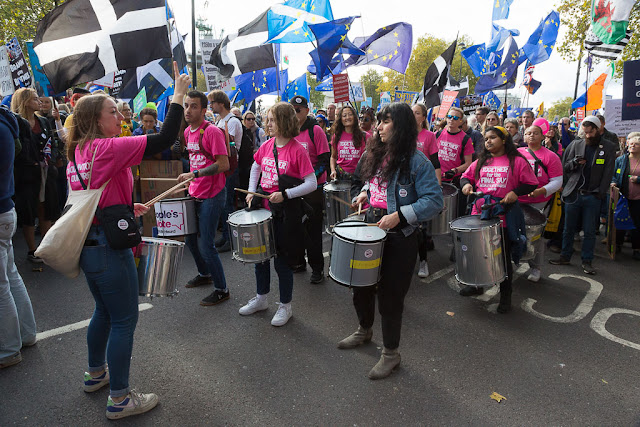 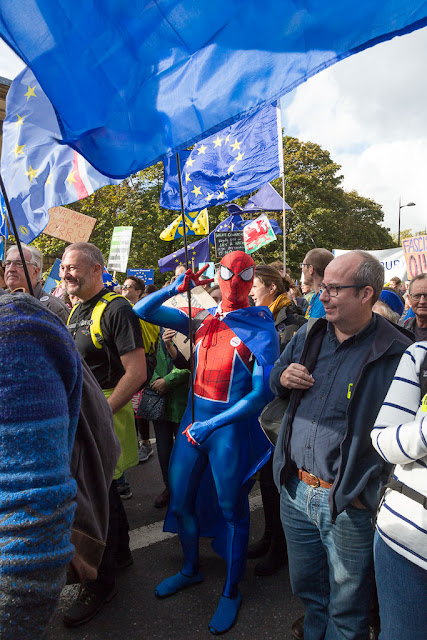 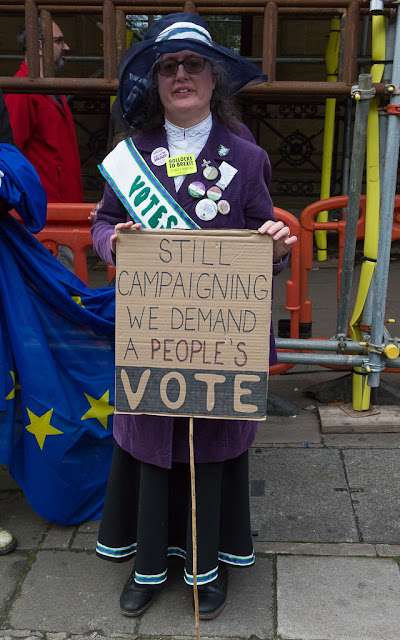 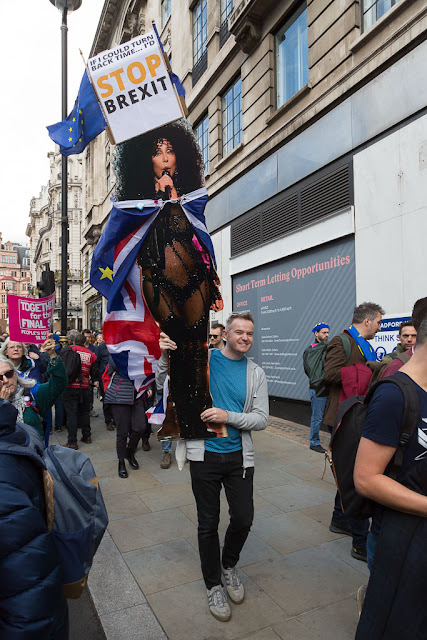 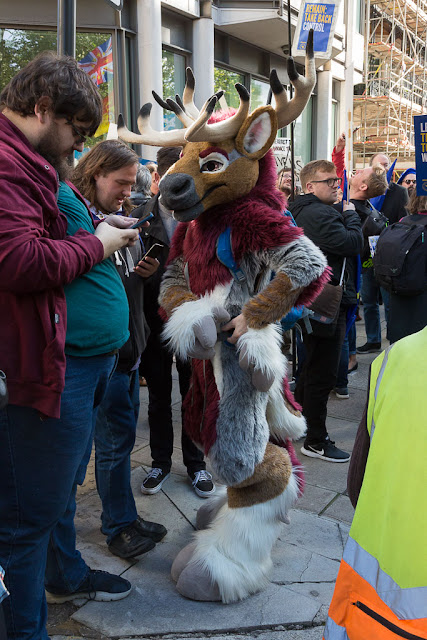 I have no idea what this was about. 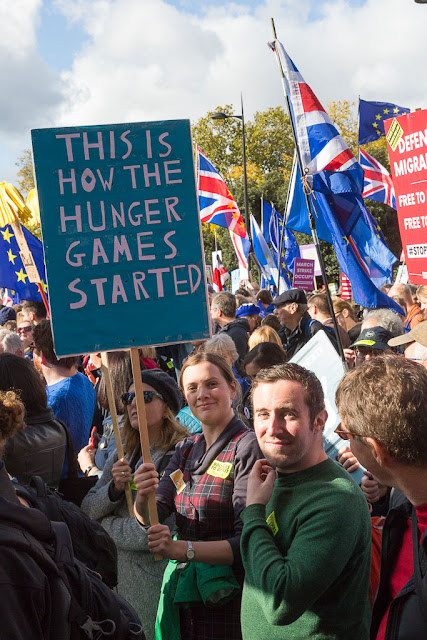 People were quite clever with their signs... 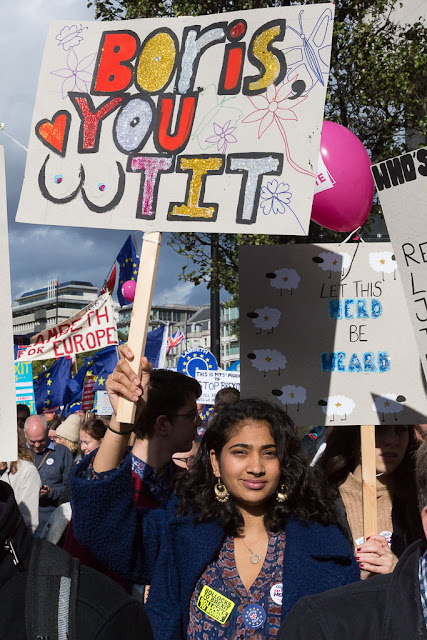 ...and also quite blunt.

I only saw one tiny group of about six frankly rough-looking counter-protesters, waving a Union Jack and singing "Bye bye, EU, bye bye" to the tune of Auld Lang Syne. A woman marching in front of me turned to her companion and said, "What, is that it?"

Anyway, apparently we really did have an effect, as several parliamentarians mentioned the cheering throngs outside when they voted yet again to delay Brexit. On the one hand, I'm sick to death of it and I wish it would all go away, but on the other, every delay is a step closer to a much-needed reconsideration of the question.
Posted by Steve Reed at 8:02 AM