Fatigue, and a Torpedo 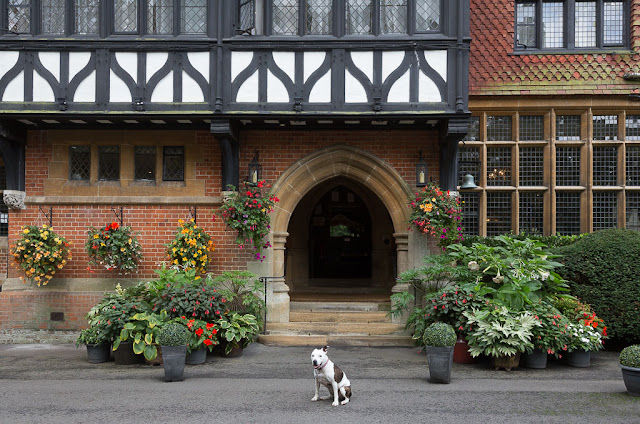 Well, we made it back home yesterday in one piece, but Dave and Olga were both so exhausted by the time we walked in the door that they collapsed into Dave's recliner and took a nap together. I always say I like to exhaust the dog, but I wasn't aware I was also exhausting my husband!

We had a great day, though, and a busy one, so I can see why they were tired. 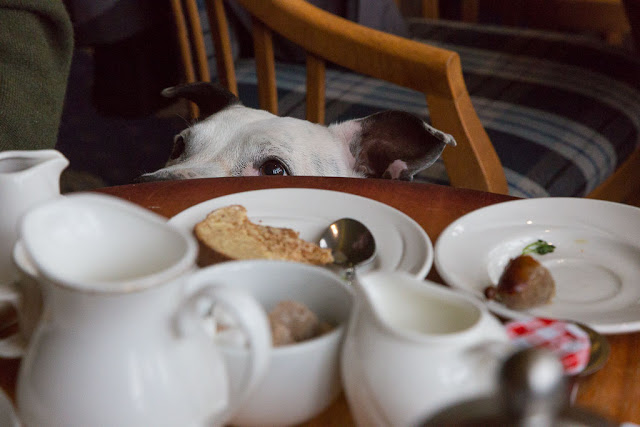 Olga and I started with an early-morning walk along a rhododendron-lined path through the forest. There was plenty of running and squirrel-chasing.

Then we joined Dave for breakfast at the hotel. Olga spent so much time staring at us longingly from under the table that the waitresses brought her an extra sausage and a strip of bacon. She snarfed them down eagerly. Such a manipulator!

She got to work off the calories after breakfast with another lengthy romp through the woods. Then we all went back to the room, packed up our stuff and checked out, depositing the bags at the hotel for storage. 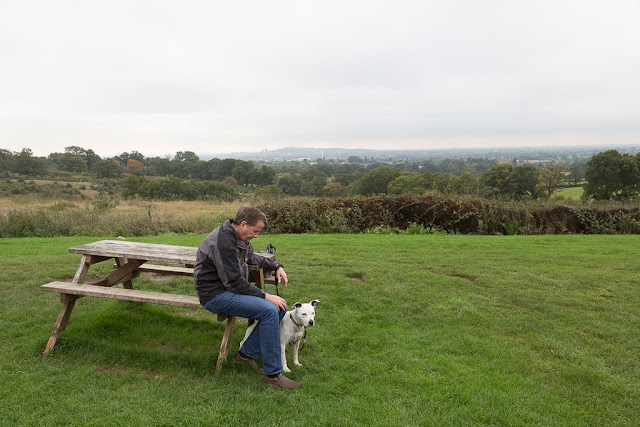 We made our way to the Harrow Viewpoint, across the main road from the hotel. I visited there in March 2018 when I passed through on the London LOOP walk. I remember being appalled at all the litter.

This time, it was tidier, but the view was similarly gray. I appear destined never to see the Harrow Viewpoint in good weather. 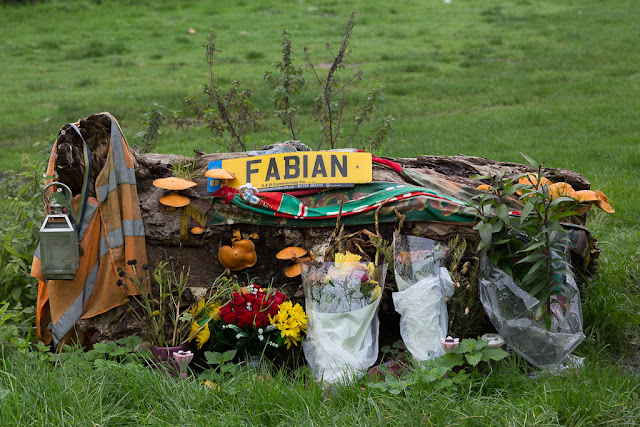 Fabian's memorial log is still there, bedecked with fresh flowers and growing its own bright orange mushrooms.

We walked in the fields below the viewpoint, and then along some nearby neighborhood streets, past quaint farms, a collapsing barn (optimistically posted "refurbishment in progress") and cottages with stained glass windows. 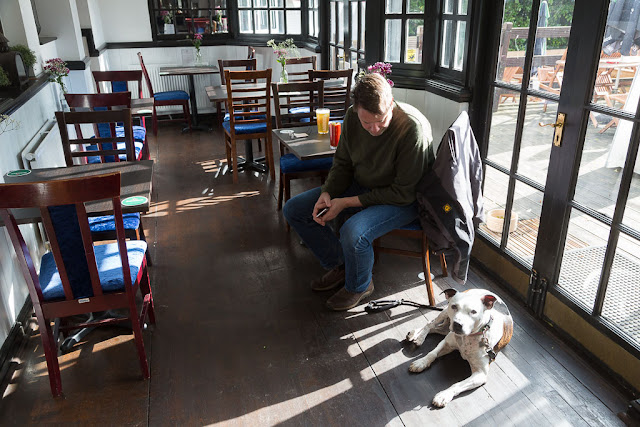 At noon we stopped at "The Case is Altered," a peculiarly-named pub I spotted on my last visit, for drinks and a light lunch. I had a ploughman's "sarnie," a word I've never seen before -- informal British for a sandwich, apparently. And behold, the sun came out! We haven't seen it for days and days.

The woman behind the counter said the pub is called "The Case is Altered" because it used to be two separate bars, and one of them was popular with barristers (a type of lawyer). I have no idea whether this is true but it's as good an explanation as any, I suppose.

After lunch we walked back to the hotel, picked up our bags and ordered a taxi back to Stanmore, and then took the tube home. 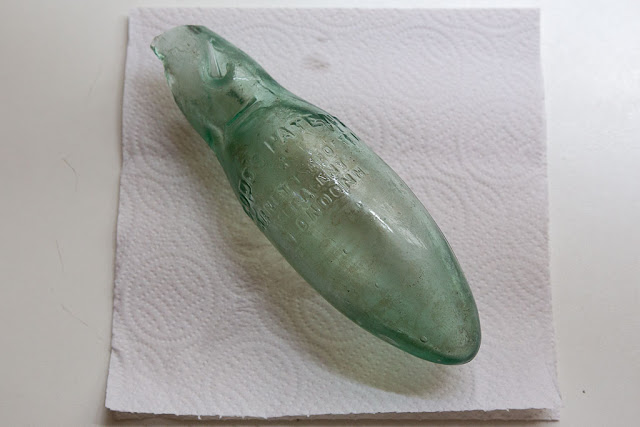 Here's my souvenir, which I found in the woods near the hotel. It's known as a torpedo bottle, from the Victorian era, and although the top is broken it's still pretty cool. It reads, "Codd's Patent 4, Barnetts & Foster, Sole Agents, Londonn." I have no idea why London is spelled with three n's, but it is.

A so-called Codd bottle was stoppered with a glass marble. It probably held a carbonated beverage, and the pressure generated by the fizzy drink held the marble in place against a rubber gasket at the bottle's lip. The lip and marble are gone now, but you can still see the unusual structure of the neck. A super-weird bottle and an interesting find, now resting on our dining room windowsill.
Posted by Steve Reed at 6:38 AM