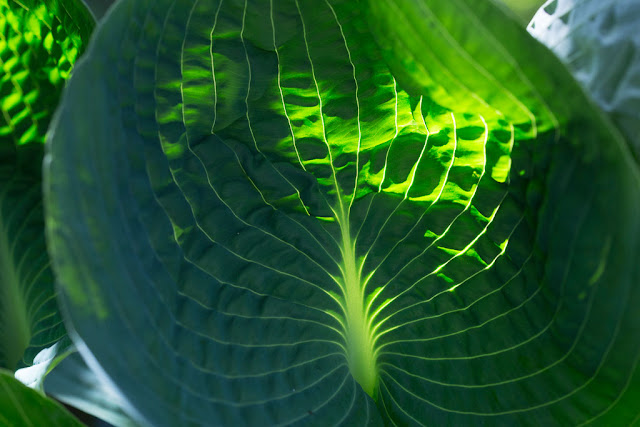 When I got home from work yesterday, my first full week of work in ages, Dave and I walked around the garden and surveyed the growth. The sun was hitting the back of the fresh, new leaves on the hostas... 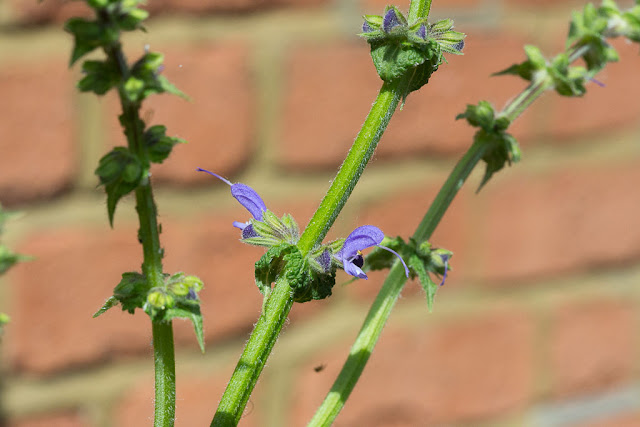 ...and our sage had sent out its first modest purple flowers. 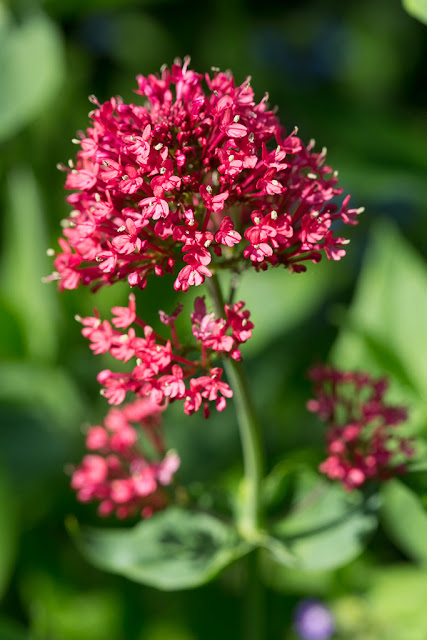 The dark pink valerian is blooming, and we have buds on the white valerian and also a lighter pink variety. 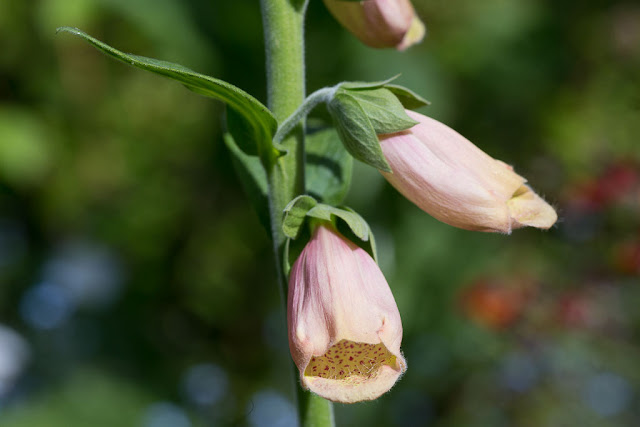 Another of the foxgloves I grew from seed is blooming. This is the color I expected them to be, based on the seed packet -- but we have two that are bright purple as I showed you several days ago. I guess there's a certain amount of variability in any packet of seeds. (I actually like the purple ones better so I'm cool with that.)

You may remember that last fall, a co-worker gave us some foxglove seedlings. A reader asked whether those could be the purple ones. But they're all still too small to bloom. I think they'll flower next year. 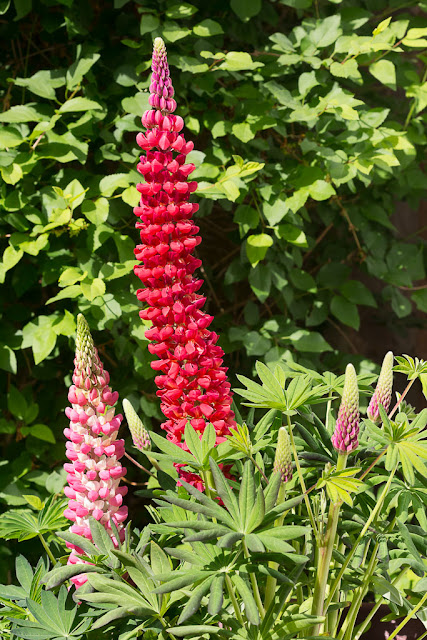 Our new lupines are embarrassingly robust.

I unblocked the hole in our exterior wall -- the one used as an access point by our recently discovered rats -- and I could see neither the poison administered by the exterminator nor the rats themselves. So I can't remove either from beneath the house. I put a heavy piece of concrete over the hole to keep it blocked until we can have it repaired, and I think I'll add some screening for good measure.

I finished our library inventory yesterday, and we're missing about 80 items. This is terrible, considering that past year-end inventories usually find about ten books missing. As I mentioned yesterday, part of it is no doubt due to the removal of our security gates, and also to our chaotic year, particularly in the run-up to closing the school in March. I'm not surprised some people walked away with stuff that was never checked out. Hopefully it will be returned when the time comes.

I forgot how physically exhausting inventory can be -- shifting heavy books, reaching for high shelves, kneeling for low ones. (Fortunately I have good knees.) We have a gigantic set of literary criticism reference books that we keep in storage on shelves two deep, and hauling all of those out to scan them is always a nightmare. I honestly don't know why we haven't gotten rid of those things. No one ever uses them and I bet it's all online now anyway.

I forgot to mention that when I talked to one of my co-workers on Monday (from a safe social distance), he asked me if I knew anyone who had COVID. I said no, and he said he didn't either. Whenever someone asks that, I fear they're about to launch into conspiracy theories about how it's all a hoax -- and that's more or less what he did, but instead of arguing that it's a hoax he argued that it was deliberately engineered in a Chinese laboratory, because "the world has never seen anything like this." I said, "Well, we had SARS and MERS, which were similar." But you know how it is -- when people decide they believe something, they're not going to let go of it. I don't understand why people have so much trouble understanding that a novel virus can naturally arise under the right circumstances. Why does there have to be a bad guy?
Posted by Steve Reed at 7:02 AM