In the Long Grass 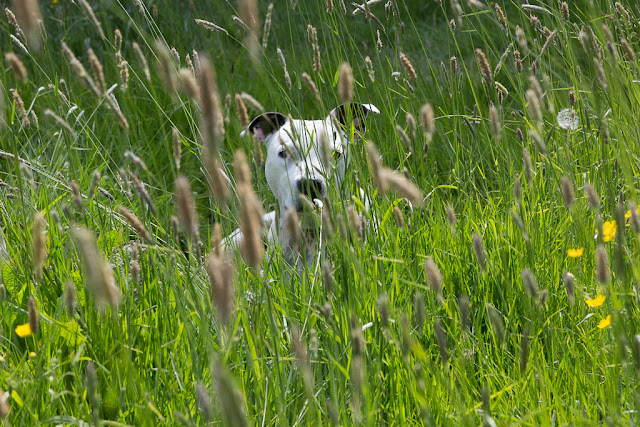 The grass in the cemetery is long and lush, providing perfect cover for the great squirrel hunter!

(Not that she caught anything, or even came close.)

There were tons of people out yesterday. I counted more than 20 -- plus their dogs -- visiting the small field in the back of the cemetery. Olga and I often have it to ourselves, maybe with one or two others, but this time it was like a convention. People are definitely taking advantage of our new Lockdown Lite.

Kind of like Saturday on the Heath, where I saw lots of people picnicking. It's funny how the rules loosen and the first thing everybody does is pack a picnic lunch. When we have good weather in England, we need to seize the moment!

Some officials in other parts of the UK say they're not ready to lighten the restrictions and they're rebelling against the idea of sending kids back to school (which for certain grades is supposed to happen June 1). I guess the same is true in the states, where local governments differ on appropriate rules. It's hard to know what's right. 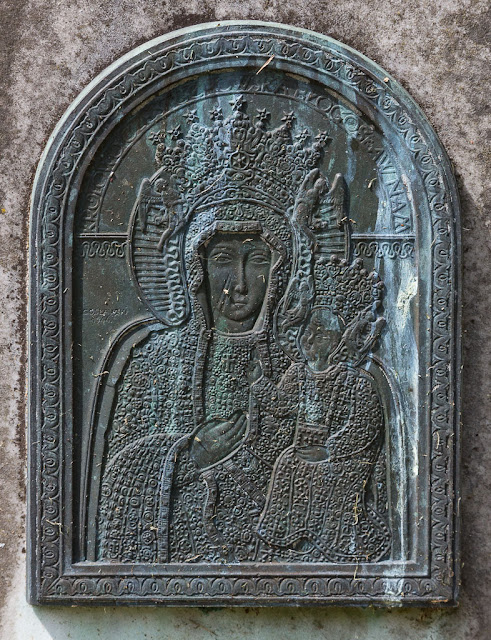 I saw this interesting plaque on a headstone yesterday. My first thought was that it looked vaguely Mayan, with all the elaborate ornamentation -- but I believe it's actually a representation of the Polish icon known as Our Lady of Czestochowa.

As I've said before, on every trip to the cemetery, I find something new. 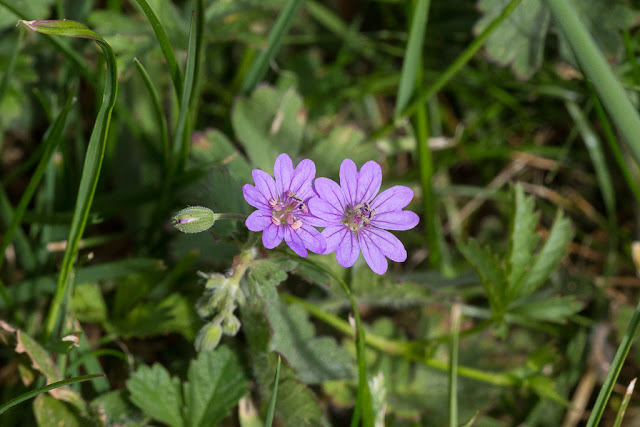 I repaired a broken flowerpot Saturday morning and it was a comedy of errors. I used a tube of super glue called Gorilla Glue -- the kind of tube where you puncture the tip and then screw on a little nozzle to apply the glue. Well, when I made the puncture, the glue gushed out and before I knew it, both the tube and the flowerpot were stuck to my hands! And let me tell you, that stuff is strong. I lost a layer of skin detaching myself, and spent the rest of the day picking reptilian scales of dried Gorilla Glue off my fingers.

The flowerpot's fixed, though, and now it's holding some nasturtium seedlings -- they sprouted on their own in our garden, children of the nasturtiums of past seasons.

(Those are not nasturtiums above, though. They're wild geraniums at the cemetery.)

Today I'm headed back to work for one final week. Now that inventory's finished I don't have as much to do, but I'll come up with something.
Posted by Steve Reed at 7:16 AM