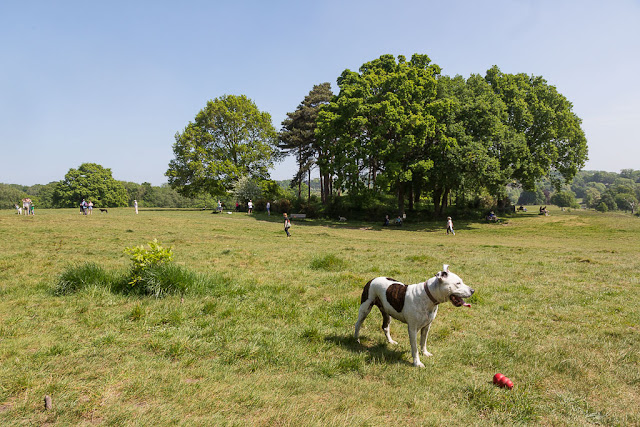 Yesterday was warm and sunny, so Olga and I ventured out to Hampstead Heath in the morning, starting earlier than normal to avoid bank holiday weekend crowds. We were somewhat successful. There were quite a few people out and about, but we were able to steer clear of them.

Above, Olga poses with the mysterious tumulus in the background. She rolled in grass and rolled in mud and carried her Kong and had a good time overall. 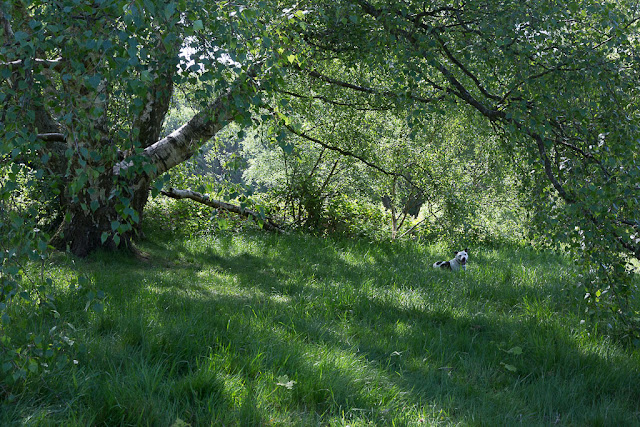 Although she was pretty energetic once we got to the Heath, getting her there took a while. She walks much more slowly these days, and there's a lot of sniffing and exploring along the way. Walking an older dog is an exercise in patience. At one point, we passed a little boy with his mother, and the boy acted frightened. I heard his mother say, "Don't worry. When it was younger that dog might have been scary, but now I think it's quite old." Indeed! I was indignant on Olga's behalf! She's only ten at most.

On the theory that she may be having some joint pain, we've ordered glucosamine dog treats, and we're going to see if those help her move a little more freely. I did give her paracetamol when we got back home, as I sometimes do after a long walk. 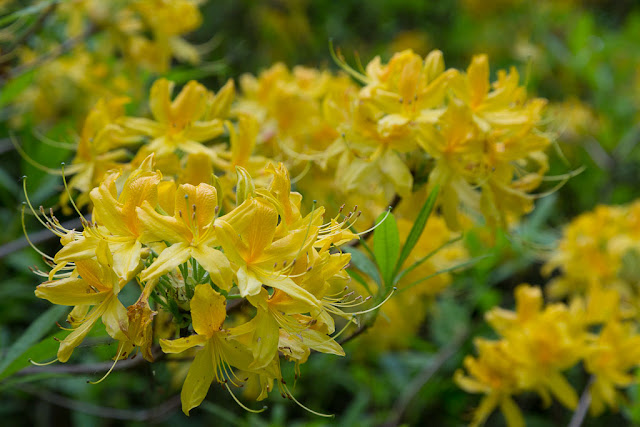 We went back to Athlone House to see the azaleas and rhododendrons, even though they've already faded a bit. Here's a close-up of the yellow one I mentioned last weekend. A rhodie, if I'm not mistaken.

Some interesting finds along the way: 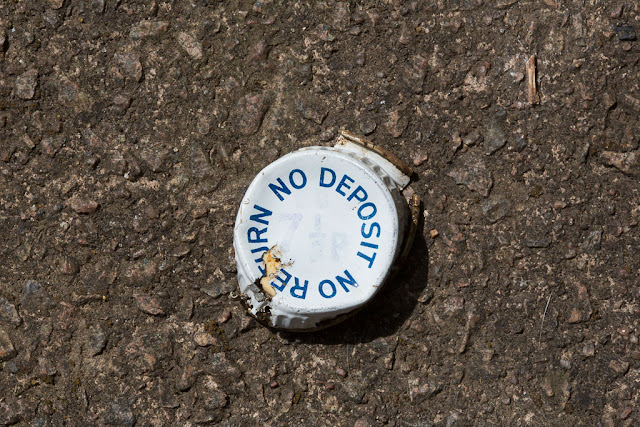 This old bottle cap is interesting only because it's stamped "7 1/2 p" on the top. Surely that's not the price?! There's no sign of any maker or specific product, but that seems ridiculously cheap for any bottled liquid, even for back in the day. Actually, it looks like it might say "ED 7 1/2 p" -- I wonder if it's some kind of duty or tax? Do any of my British friends know?

Halfpenny coins haven't been minted since 1984, so perhaps that's an indication of its age. 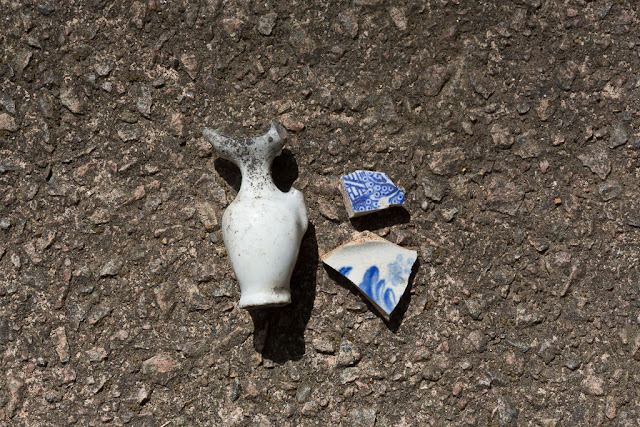 Here are some other little odds and ends -- a few pottery chips and something that looks like a tiny amphora or jug. I think it once had a handle, on the right, but that's now broken off. I wonder what the story is there? It's solid, whatever it is, so it's just for show.

Last night Dave and I dined al fresco in the garden once again, with another dinner from Hide. It's a nice way to do something special during these crazy days! The menu this time: A crab and asparagus starter, poussin with fregola and romaine salad, and sticky toffee pudding for dessert. Oh, and a bottle of excellent Chardonnay!

Apparently we're in for a bit of a cold snap. The temperatures are supposed to drop to a low of 41ºF tonight and 38ºF tomorrow. I was thinking I might bring in the dahlias, with their brand-new tender growth, but I'm not sure that's cold enough to do them any damage, especially on our patio. I might just risk it.
Posted by Steve Reed at 7:35 AM