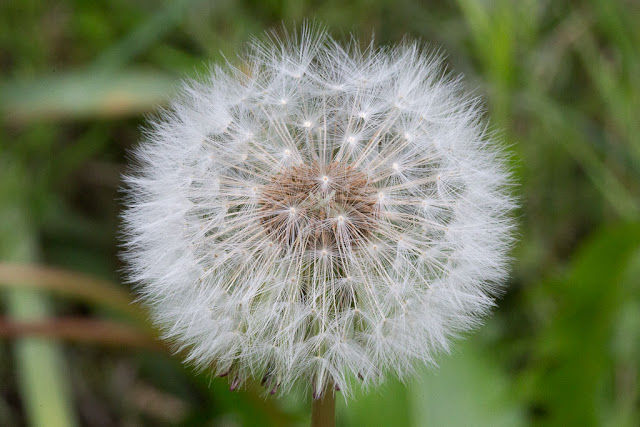 Not much news today. More time in the garden, where I photographed this perfect dandelion. Most people think dandelions are weeds -- and they are -- but they're good for bees so we don't exterminate them too eagerly. Only when they grow in truly unacceptable places do we get rid of them.

In fact, we're pretty tolerant of weeds in general. The only weed I simply can't stand is dock. It's terrible and so tenacious. We have a lot of it coming up every year and getting rid of it is a nightmare, requiring a trowel to dig out the taproot. I haven't tried to take any out this spring but I see a lot of it so I suppose I should get to work. 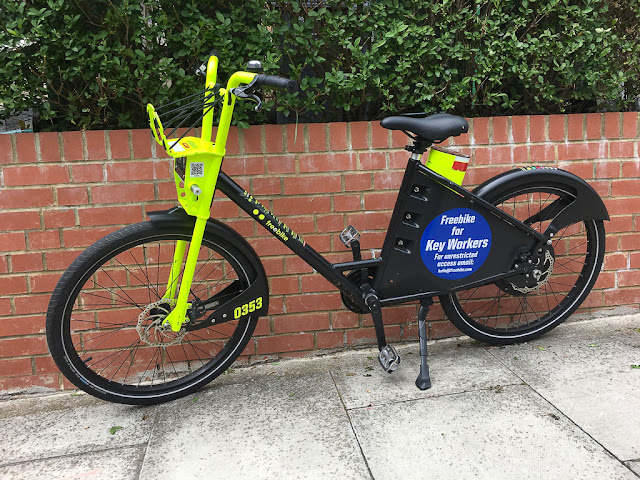 I took Olga to the cemetery, as usual. On the way we passed this bike, the likes of which I'd never seen before. What a cool idea -- a dedicated bike for essential workers! Apparently you have to e-mail to get access to it, maybe with a code or something? (I have no idea.) 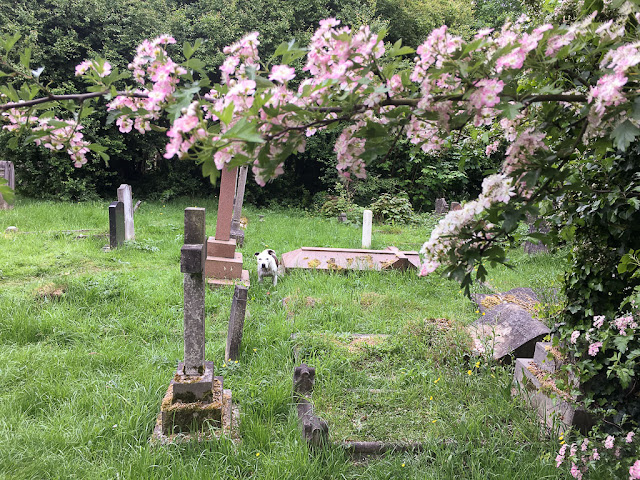 Here's the obligatory cemetery photo, complete with a branch of blooming hawthorn.

We saw the turaco again, way up in a tree, and in fact while I was watching it a guy came up to me and said, "Are you looking at the turaco?" I said yes, relieved that I'd finally met someone else aware of the existence of this crazy bird, and I was hoping he'd have some information about it -- but it turns out he'd read my blog post from last summer! So that was gratifying. He said his wife's been hearing it for years, so maybe it's been around a lot longer than I've realized. The mystery continues!
Posted by Steve Reed at 7:05 AM