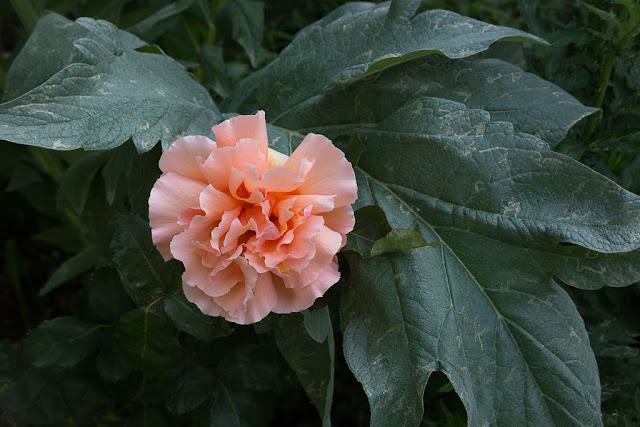 We're at peak rose time in the garden. The rose above is one of my favorites -- I don't know its name, but it's a beautiful salmon pink tea rose that smells wonderful. It usually gives us only a few blossoms each year -- it's not a big bush. I like the way the flower nestles against that cascading leaf from the cardoon. 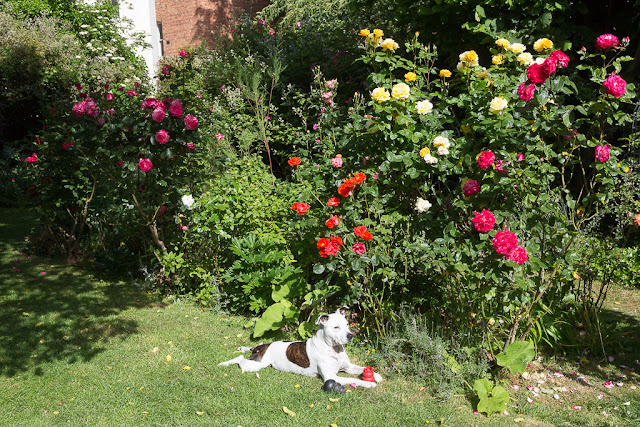 At the risk of being repetitive, here's what the rest of them look like. (I know I posted a similar photo just a few days ago. But can you have too many roses?)

I've wanted to try to write about some of what's going on in the world -- the criminal killing of George Floyd in Minneapolis, the criminal killing of Ahmaud Arbery in Georgia, the UK government's ridiculous excusal of Dominic Cummings' driving cross-country and visiting local beauty spots while ill with coronavirus when the rest of us, apparently perfectly healthy, were told to not even leave our houses. I am tongue-tied by the injustice of it all. No wonder people riot.

I am impressed by Christian Cooper, the New York City birdwatcher whose conflict with a white woman and her dog made international news. After the woman -- who without question behaved despicably -- lost her job and gave up her dog, he expressed empathy for her. I thought that was a beautiful thing. I also think it's fascinating, albeit superficially, that the two of them share a last name. That seems to be a cosmic message about our underlying commonalities as human beings, however misguided some of us may be.

I had a video chat with my co-workers yesterday and my boss said she was upset with the use of the term "Karen" to describe an entitled white woman. Her name, of course, is Karen. We had a good laugh about that. (She does not, however, have the "can-I-speak-to-a-manager" haircut.) 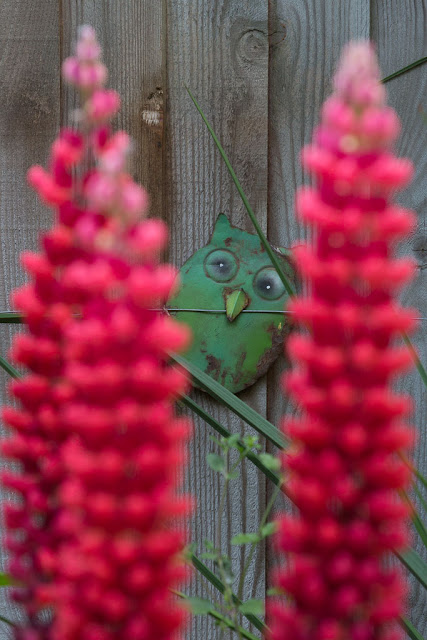 I handed over my bags of donated food for the food drive yesterday morning, so that little task is complete. I can now eat my one remaining can of baked beans guilt-free.

I also went to our local produce shop and picked up a few more oddities. I got a pair of avocados -- I thought I could make avocado sandwiches, as I used to when growing up in Florida. I also got another peculiar melon (possibly just a variety of cantaloupe) and a big bag of kale. Dave put the kale in some homemade bean soup and it's terrific. I love leafy greens as a rule, but Dave is sometimes hesitant to eat them because of his digestive issues. When they're in soup they're usually cooked enough that he doesn't have problems.

I'm sure he'll be glad when he can safely return to the grocery store, and no longer deal with my quirky purchases -- but who knows when that will be.

I've been interested to read on other blogs that shops are reopening in America. Our non-essential shops are supposed to reopen on June 15, so we're a bit behind but generally moving in the same direction. Pubs and restaurants will open in July at the earliest. (Here's a timetable.) I'm wary of what effect this will have and I suspect many people will continue to stay home just to keep out of harm's way -- including Dave. I'm wondering when we'll all be able to travel again. I'd really like to take some day trips this summer, and even -- dare I say it -- go to Florida. But who knows. There's no point in my flying across the ocean unless I can see my mom, and at this point, that's impossible as she's still not allowed visitors. (And rightfully so.) I certainly don't want to do anything that puts us or anyone else in danger.
Posted by Steve Reed at 7:40 AM