Death Blew Out the Match 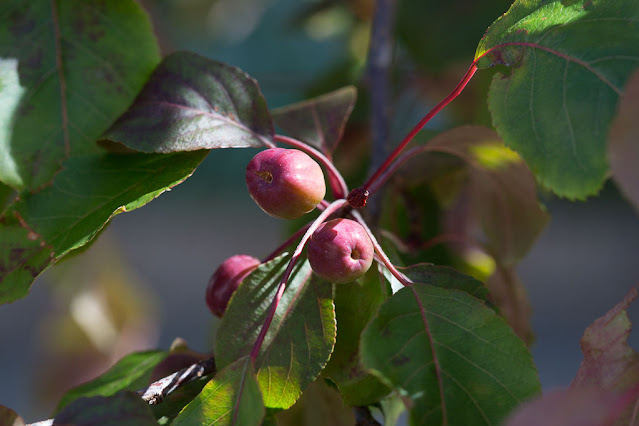 The once-viney tree down the street, although looking a little weary in this week's sunny heat, has produced fruit from its blossoms earlier in the season. All this time I've been thinking it's an ornamental cherry tree, but those don't look like cherries, do they? Could they be crabapples?

Clearly I am not an expert on certain fruit trees. Growing up in Florida, we always just had oranges and grapefruit. Apples and cherries are not my thing.

Today is supposed to be cool and cloudy -- maybe even rainy -- which will be a refreshing change. The sunny weather and reopening after our lockdown have combined to create a sort of temporary insanity in the UK population. The beaches have been swamped with people, and we've had civil unrest in several areas when police tried to break up nighttime street parties or unauthorized music events. In Notting Hill, on the very streets where I walked just a few days ago, there were disturbances. Even on our street, someone's been bashing out car windows this week -- we received a police notice about one such incident and then noticed another broken window the very next morning. (Fortunately we don't have a car!)

Maybe rain would calm everyone down. 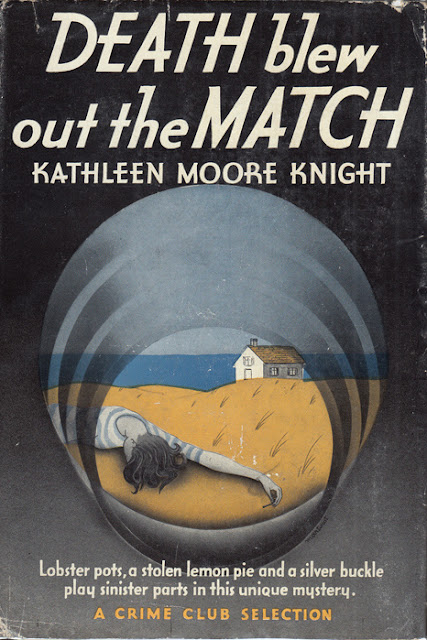 I just finished a very old mystery novel. There's a whole story behind why I read it.

When I was in college, my friend Suzanne and I used to scour local thrift stores in and around Tampa for interesting stuff -- vintage clothes, old dishes and, yes, bizarre old books. One time we found one called "Death Blew Out the Match," from 1935, and we loved the melodramatic title. Suzanne bought it and kept it on her shelf for years. (Her copy looked like the one above, the hardcover edition.) She may still have it, for all I know.

The thing is, though, neither of us ever read it. For some reason, a few months ago, more than thirty years after the fact, I got to wondering about this book. I remembered it only because we joked about it so often. What was the plot like? Was it any good? I decided to find a copy of my own, and satisfy my curiosity. 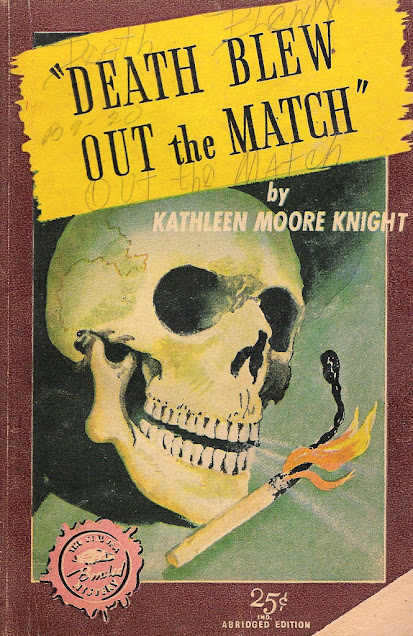 I found one on Abe Books, a paperback version with a creepy cover (above) from Anson Bond publishers, and at $15 it wasn't all that cheap. But I sprung for it anyway. Turns out it's an abridged version -- Anson Bond published a series called "Bonded Mysteries" that pledged to offer "the best available two dollar mystery novels" in a shortened, 25-cent format.

Normally I wouldn't opt for an abridged book, but oh well. When my copy arrived, I noticed that a previous owner -- initials "EFD" -- proclaimed it "good" with a pencilled note on the title page. Evidently they liked it so much they wrote the title on the cover a second time!

Anyway, I read it over a couple of days, and it was pretty entertaining. Of course, having been published 85 years ago, it was bound to contain at least one uncomfortable racial stereotype -- the Chinese servant character Wing Lo was described as having "inscrutable, unblinking Oriental eyes, that saw everything and told nothing." And even though it supposedly took place in New England, the accents seemed more West Virginia. But overall it was a fun read, and now I can say I've read it. For what that's worth.
Posted by Steve Reed at 6:17 AM