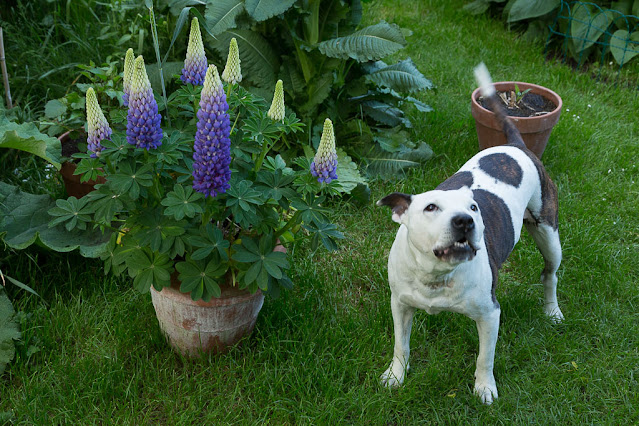 Our purple Persian Slipper lupine is looking great -- and still not quite at the peak of its bloom. (Olga: "STOP TAKING PICTURES!") 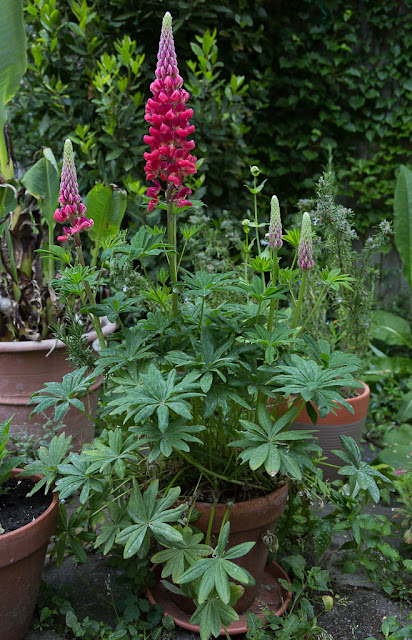 The red Beefeater lupine is looking good too, although I think it needs a slightly bigger pot. 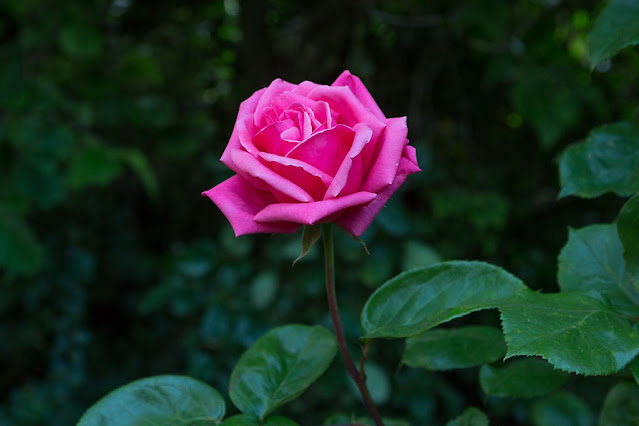 Two of our rose bushes have suddenly come to life, including this one, which I think is a Princess Margaret. It's pretty but it has virtually no scent. 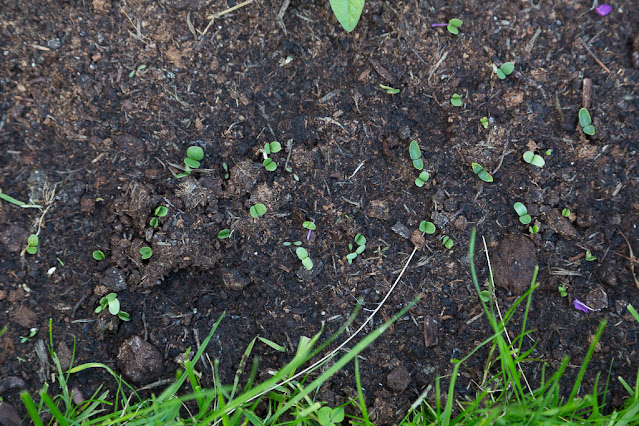 Aside from the garden, which is changing every day, not a whole lot is going on around here. I boxed and shifted books all day at work, and my co-worker, who is helping me re-shelve, is doing some simultaneous weeding. She's going over some of the same shelves I've already weeded and I'm amazed at the junk she's found. I keep thinking, "How did I miss that?!"

Sometimes you need two pairs of eyes, I guess.

On the way home from work, Dave and I stopped at a new produce shop on the high street to pick up some broccoli and a few other things. This shop just opened near the tube station, which is interesting, because we already have a produce shop on the other side of the train tracks. Can West Hampstead really support two produce shops?

Even crazier, there's a new independent book dealer on the high street -- even though we already have an independent book store a few doors down. Can West Hampstead really support two independent book shops?! I doubt it. And whereas I'm happy to support the new produce shop, I'm weirdly indignant about the new book store. Opening so close to an existing book shop -- a line of business notorious for struggling in the current economy -- seems either foolhardy or an act of aggression, doesn't it?

Anyway, time will tell whether those gambles pay off.
Posted by Steve Reed at 6:28 AM