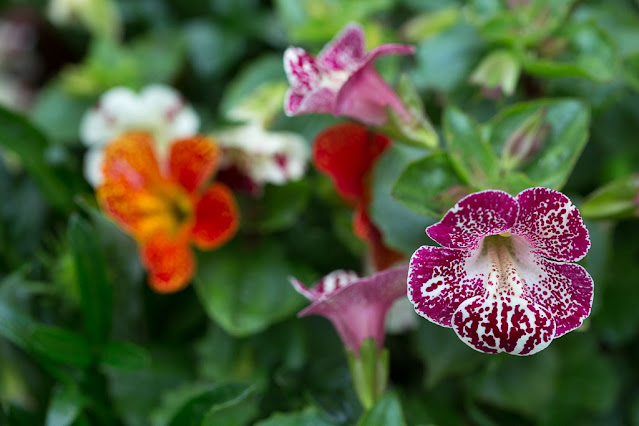 The monkeyflowers I bought at Homebase a couple of weeks ago did not disappoint. They're blooming like crazy, and in the pot they share with a marigold and a couple of gazanias, they've pretty much engulfed the other plants. 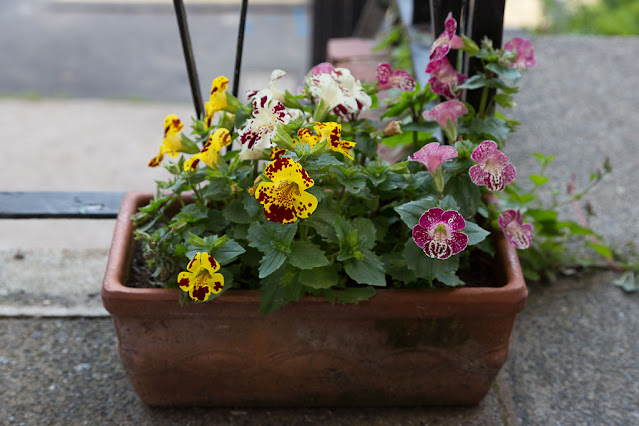 Here's another pot of them on the front porch. I like them.

As I write I'm sitting in the living room with the windows open, and I just spent about ten minutes chasing a bumblebee that flew inside. This is my warm-weather ritual -- pursuing insects that have become trapped indoors, trying to direct them out the nearest open window with a magazine. I always forget about this aspect of our fine spring and summer weather. I did finally get the bee back outside.
I spent yesterday packing and hoisting boxes of books, as expected. My co-workers all cautioned me to take care of my back, but I'm pretty careful about how I lift and today I feel no ill effects, knock on wood. We're a little more than halfway through all the books we need to box. Then we'll be shifting all the others on carts. I lay awake last night wondering if we were filling the shelves too densely and not leaving enough space for returned items and whatever we might acquire in the near future. That's the kind of stuff librarians worry about in the wee hours.

After work, we had a little outdoor gathering for one of my co-workers who's leaving to return to the states. Some wine, some nibblies, and only a sprinkle of rain so light it didn't even count. 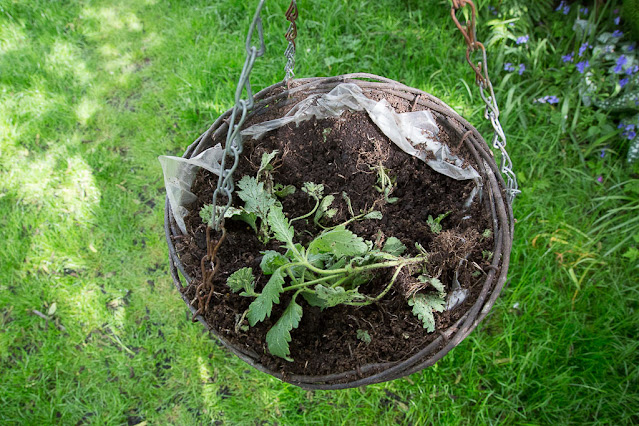 At the same time that I bought the monkeyflowers, I bought some trailing verbena and planted it in two hanging baskets. This is what the squirrels did to one of them. Bastards!

I replanted the shredded plants as best I could, and at least one of them (the largest one) has survived. In fact, it's now blooming: 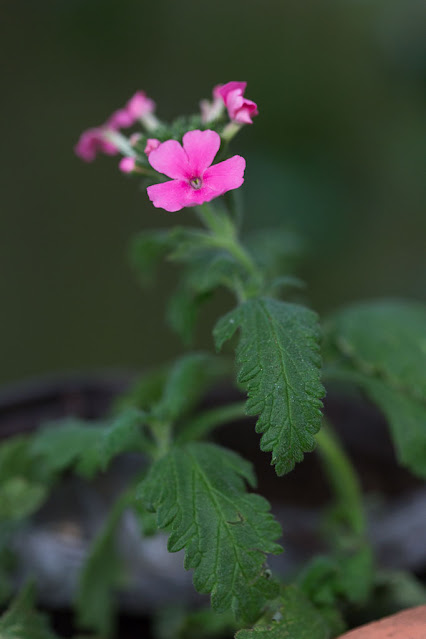 Now that is a durable plant.

Finally, I have to show you a pair of socks that one of Dave's students gave him:

The student took Dave's photo off the computer system at work, tweaked it to add features like a moustache or aviator sunglasses, and had it printed on socks. I think that's pretty darn resourceful, and it gave us a good laugh. Give that kid an A+!
Posted by Steve Reed at 6:52 AM