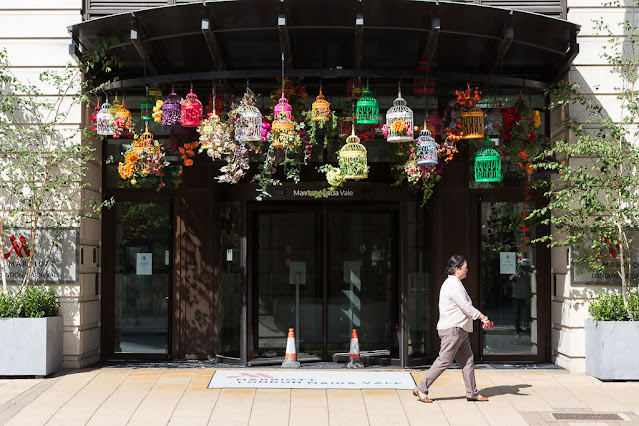 Well, that's that. I am officially on summer vacation. Yesterday turned out to be busier than I expected -- I had a lot of re-shelving to do, taking down our displays and putting away all our new books, and we had a long Zoom meeting to mark the end of the year and take note of several retirements.

The construction crews have already almost entirely dismantled the fiction room, which as I've mentioned is being divided, with half turned into a classroom. That didn't take long! When we go back in August, organizing the remainder of that space will be our top priority.

Now, for a few days at least, I get to chill at home -- and I mean that literally because right now it's 53º F and rainy, and it doesn't get any better until the middle of next week. I'm going to catch up with my New Yorker magazines and start a new book. I brought 18 books home from the library for the summer! It's probably a fantasy to think I'll get through them all, but you never know. A few of them are Newbery winners -- I'm going to keep chipping away at my goal of reading all of them. 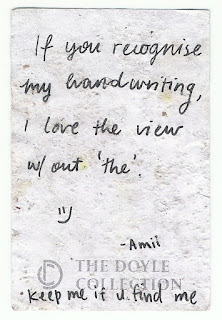 I found this curious note on the way to work yesterday morning. It took me a while to catch on. My question is, why is love conditional on recognizing Amii's handwriting? Is it because the note's message is intended for a specific recipient, rather than any random person (me) who finds it? Am I still supposed to keep it?

Dave and I have been catching up on movies we've been meaning to watch. Last night we finally got around to "The Dig" on Netflix, about the discovery of the Sutton Hoo treasure in Suffolk in the late 1930s. We enjoyed that, and the night before we watched "The Woman in the Window," even though I'd already read the book and knew where the plot was going. It was good too.

Finally, on Wednesday, we watched "The Father" with Anthony Hopkins and Olivia Colman, and it was excellent. It hit home for me because it's about a man with dementia, and it portrays the way that reality shifts, people change and time unspools in the mind of a dementia patient. Of course my mom suffers from a type of dementia as well, so all I could do while watching is imagine her experience.

(Top photo: A hotel entrance in Kilburn on Wednesday, when it was still sunny.)
Posted by Steve Reed at 6:37 AM