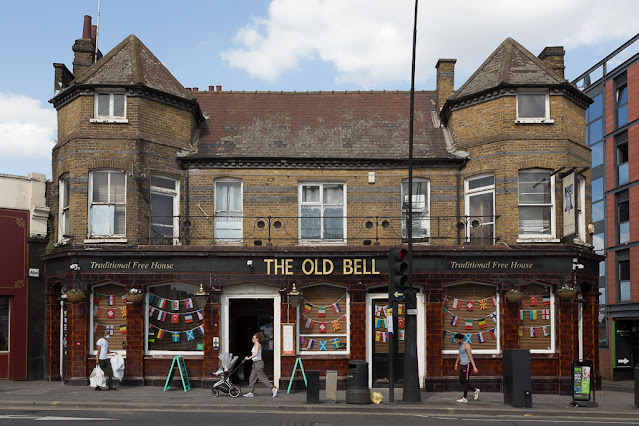 I was walking through Kilburn yesterday and couldn't resist another photo of The Old Bell, this time with lots of colorful flags in the windows. They're decorations for something called Euro 2020, the European football championship (I think?) being played in a series of games now. That's basically all I can tell you about it, and even that much is thanks only to Google.

Incidentally, when I went to Google and began typing "What is Euro 2020," I got all kinds of interesting prompts: 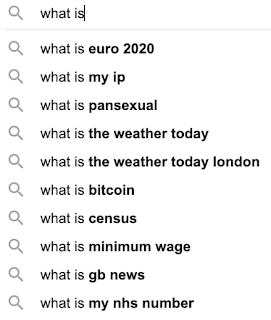 It actually wouldn't hurt me to read a bit more about Bitcoin, not to mention pansexuality, but maybe I won't do it right this second.

Yesterday was a fairly nondescript workday. Most of our heavy library work is done, at least as much as possible before construction on the new classroom ends and we can re-shelve everything in what used to be the fiction room. I had a couple of kids checking things out at the last minute, and some paying for lost materials, and I even got a couple of thank-you notes and a box of chocolates from some students, which was very nice and completely unexpected since I usually assume all of them hate me. (Well, not really hate, but I am an authority figure with a tendency to nag!)

I went out with some co-workers yesterday afternoon for a reunion with our departed Middle School librarian, Lindsey, who moved with her husband to Myanmar a few years ago. She's back in town because of course Myanmar was in a state of relative chaos this spring, after its military coup. It was good to catch up with her, but I'm beginning to wonder whether my liver is going to survive this week. I had an alcohol-fueled picnic with co-workers on Tuesday, the pub outing with Lindsey yesterday, and today there's a shower with champagne for another librarian who's getting married. We librarians are party animals! 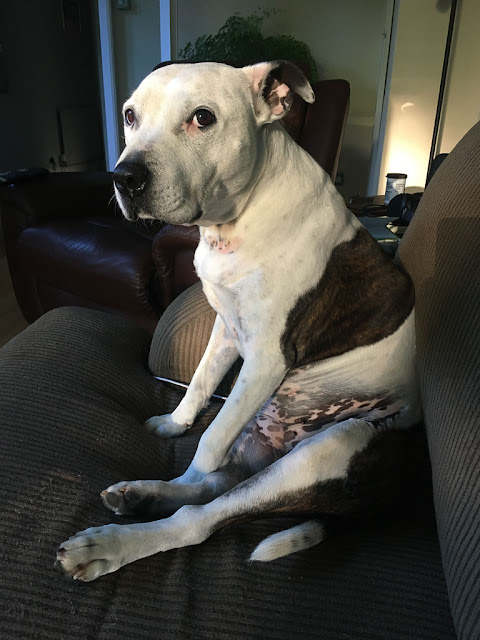