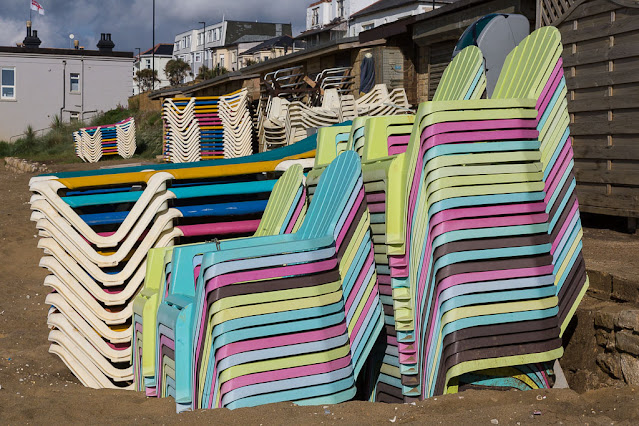 Yesterday was our last on the Isle of Wight, and we really only had the morning free. We had a leisurely breakfast at our hotel and then I took Olga down to the beach for another walk along the seafront. 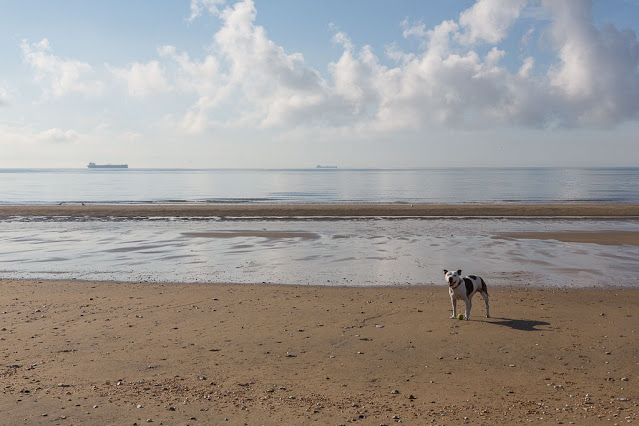 It must have been low tide because the water was much farther out and Olga didn't even try to wade. She was happy to bark and chase her tennis ball. 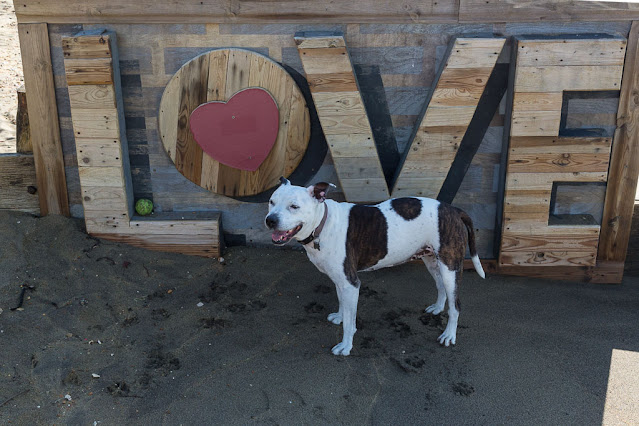 Then Dave and I gathered up all our stuff, called a taxi and began the same multi-transportational process that we used to get to the island to get back home again: taxi to hovercraft, hovercraft to bus, bus to train. 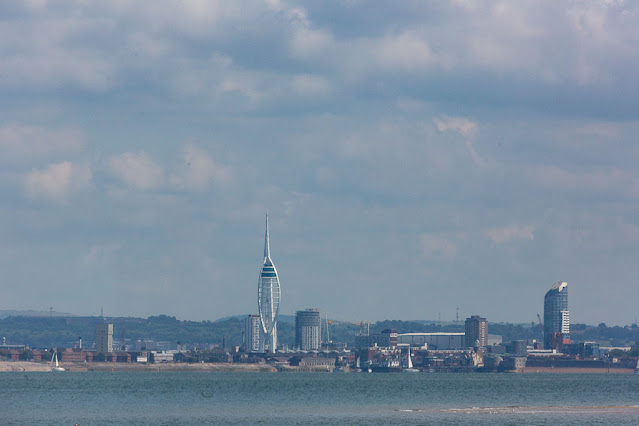 From the hovercraft dock on the Isle of Wight we had a good view of Portsmouth across the Solent, showing the Spinnaker Tower.

Once in London we took a taxi to get home, which was expensive but we were exhausted juggling bags and dog. The traffic was terrible, probably owing to several big demonstrations that were going on around town.
And then we were back, watering the plants and marveling at how much things had grown during our few days away. Olga ensconced herself on the couch and promptly fell into a deep sleep that has pretty much continued uninterrupted. She was exhausted. 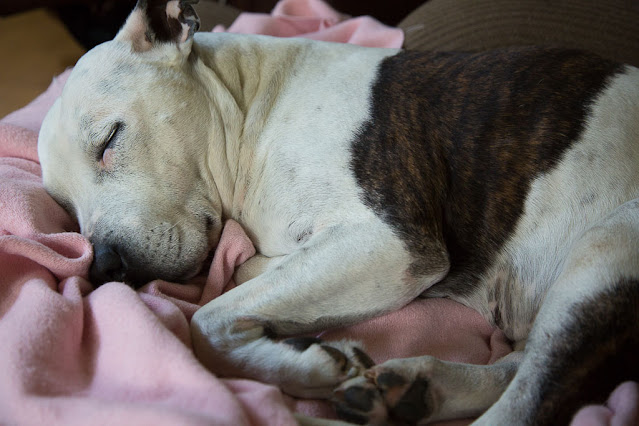 Although she enjoys trips, I think they also wear her out -- she doesn't sleep well, being always in a heightened state of anxiety, in unfamiliar surroundings and on an unfamiliar schedule. Now she's catching up. And so are we!