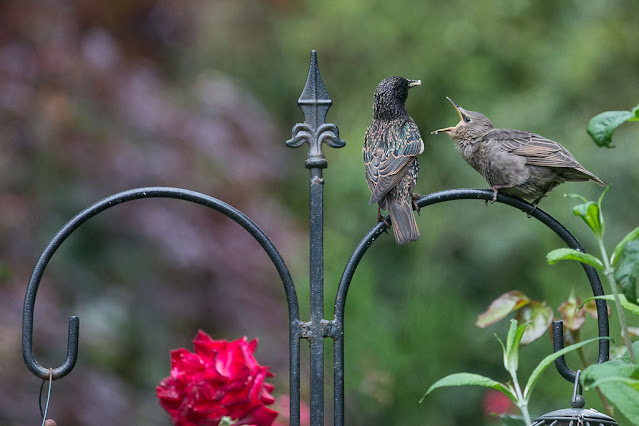 Yesterday this starling and her large, demanding baby were hanging around our bird feeders. The baby could already fly and, although it was a bit clumsy, it seemed to be doing pretty well for itself. It's probably not going to be getting food from Mom (or it could be Dad, I suppose) much longer. 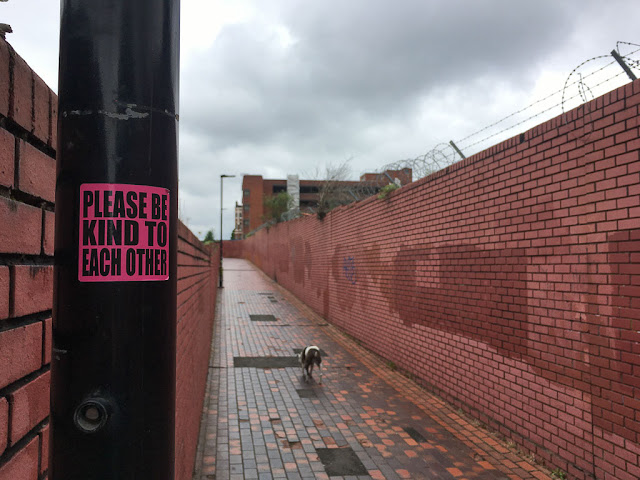 Olga and I took a little neighborhood walk, but it was relatively damp out and she wasn't too interested in venturing farther. See that building in the background, above? It's a former Council office building that's being torn down. Until recently it had people living in it, as guardians, but they've all moved out and now a plywood wall (known here as a "hoarding") has gone up around it and the windows have been removed. The building site and adjacent land to the right of that brick wall is being redeveloped for housing.

I sorted out all my Covid testing for my upcoming flights. One of my co-workers referred me to a site that supplies basically all the tests needed to get in and out of the UK; I double-checked to make sure they meet government and airline requirements and it appears they do. So I ordered and scheduled my departure test, which I have to take within 72 hours of my outbound flight, as well as my return-to-the-UK test, which I'll take in Florida right before I leave, and my two PCRs that I have to take upon my return to this country. What a rigmarole!

The tests add £300 to the cost of my trip. But now that I'm not renting a car (thanks to my stepsister's loaner) and because I got a good deal on my initial airfare, I don't feel too bad about it. It is what it is.

No slugs on my wildflower seedlings this morning! Yay! I'll be happy if I get just a few to bloom. I'm pretty sure the cornflowers have all been eaten, but there are others that don't seem as palatable -- I don't even know what they are yet. Time will tell!
Posted by Steve Reed at 7:49 AM