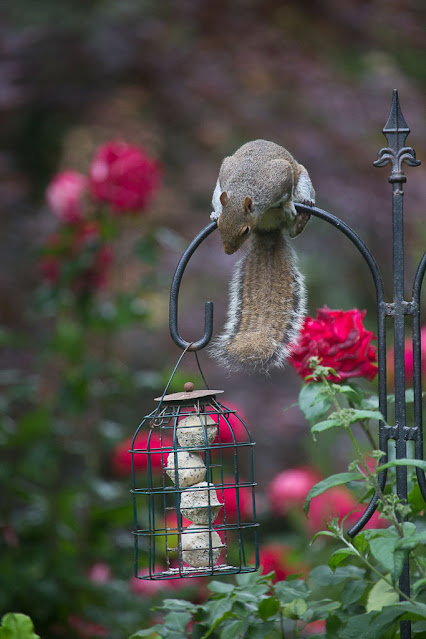 Our bird feeders are teeming right now, with blue tits and great tits and ravenous starlings and parakeets and even the occasional pigeon. As you can see, we also get periodic non-avian visitors.

I watched yesterday morning as this squirrel tried and tried to get into the suet ball feeder. It managed a nibble here and there. 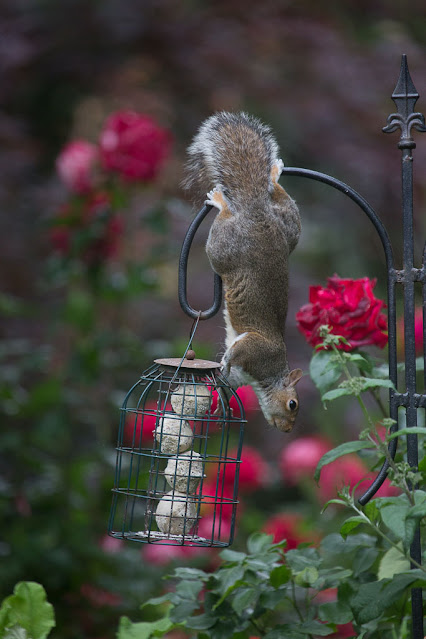 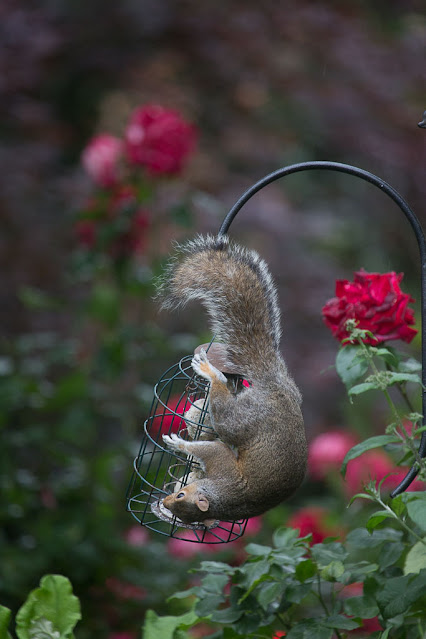 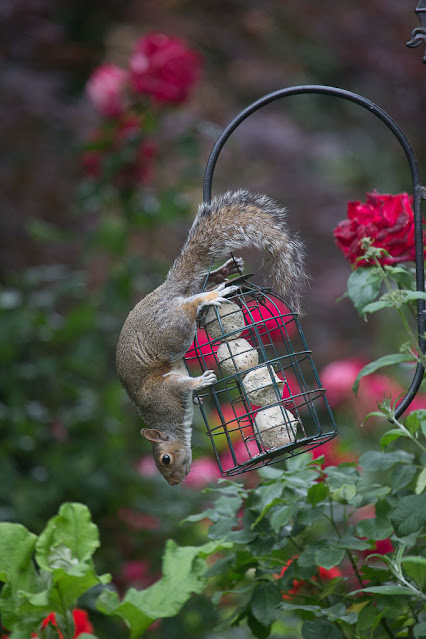 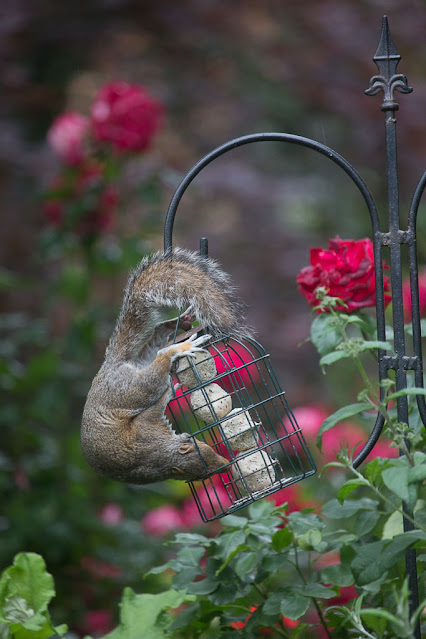 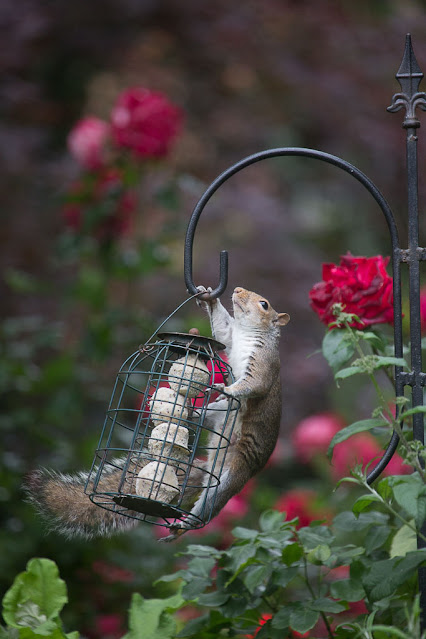 I know -- I feel a little bad for it, too. We put in a squirrel feeder a few years ago and filled it with peanuts, and the squirrels absolutely demolished it within a very short time. And honestly, we don't want to encourage them too much, because although they're cute they dig up our potted plants.

Look who else was back yesterday: 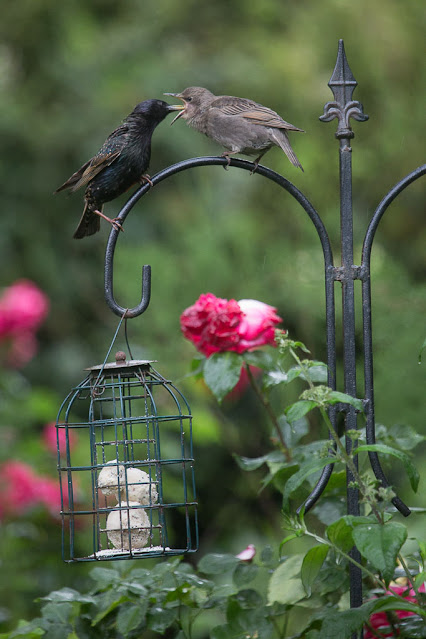 I spent virtually all day on the couch reading. I finished Mary Miller's novel "The Last Days of California," about an evangelical family from the South making a road trip out west to witness the apocalypse. I liked it a lot -- a smooth and entertaining read. I also polished off another New Yorker.

And last night, Dave and I went to the theater! Well, sort of. One of our co-workers was in a one-man play about a Victorian botanist who has a supernatural experience in the forest. It was very strange and because of inadequate sound I could only hear about every third word, but I think I got the gist of it. The production was "staged" (if I can use that term when there's no stage) in the round on the floor of a church in Waterloo, and it's the first time post-pandemic I've been in a room full of people to watch a live performance.

I was mostly entertained by this gentle greyhound, lying next to us on the floor: 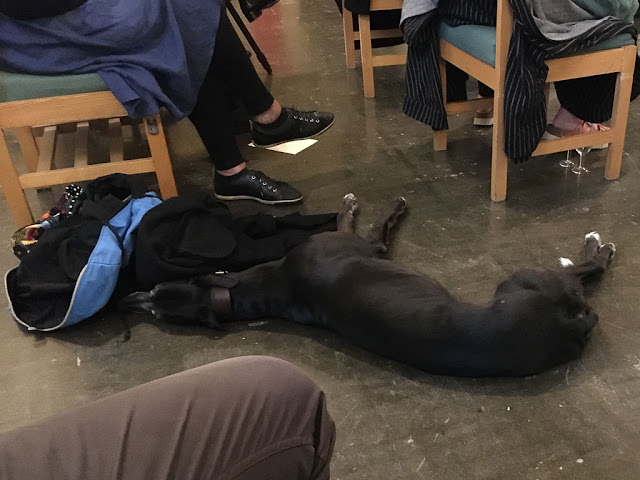 Only in England could you take your dog to the theater! Dave said there was another one nearby, a little yappy thing, but I didn't see it. I heard barking at one point and I thought it was part of the production, but Dave thought it was the little dog. Who knows?

Before the show, we went to a dim-sum restaurant where I had, among other things, a bowl of sticky rice with black beans, edamame, mushrooms and several unidentified tubular objects. We called them "duck tracheas" but I think they were actually pieces of lotus, and despite their somewhat chewy texture they were pretty tasty.
Posted by Steve Reed at 6:30 AM