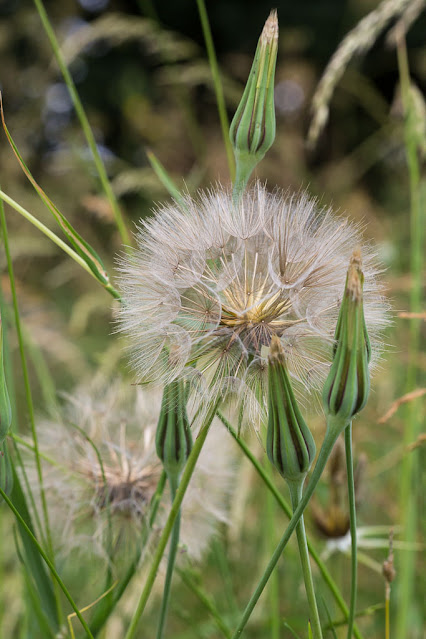 Olga and I took a walk through the cemetery yesterday, where the grass is higher than ever. Gigantic dandelions are standing fluffy and tall, and wildflowers like cow vetch, meadow pea and buttercups are everywhere.

I know what some of those wildflowers are because I finally downloaded one of those nifty plant-identifier apps onto my phone. We have a very strange, leafy plant growing on the patio and I wanted to find out what it was, so that was my motivation. (Turns out it's coltsfoot.) Anyway, this app is really good and so far it's taught me a lot about various plants.

For example, there's something in our garden with a purple flower spike and I've never been sure what it is: 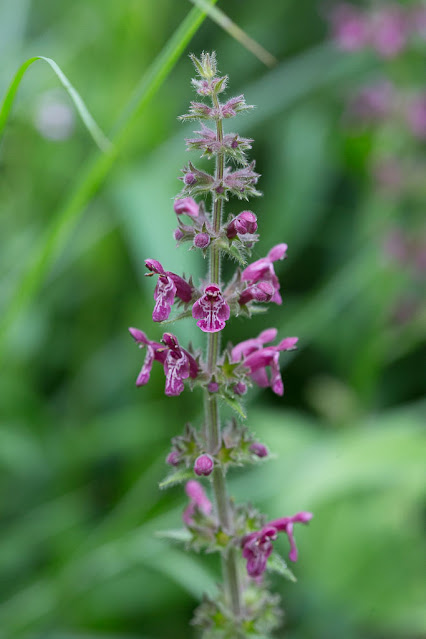 Those of you familiar with British weeds may recognize this as betony, woundwort or hedge nettle. I had no idea, although I've heard people complain about betony and what a terrible weed it can be. The app finally sorted that out for me. (We don't mind the betony; the bees like it.)

Anyway, back to the cemetery: 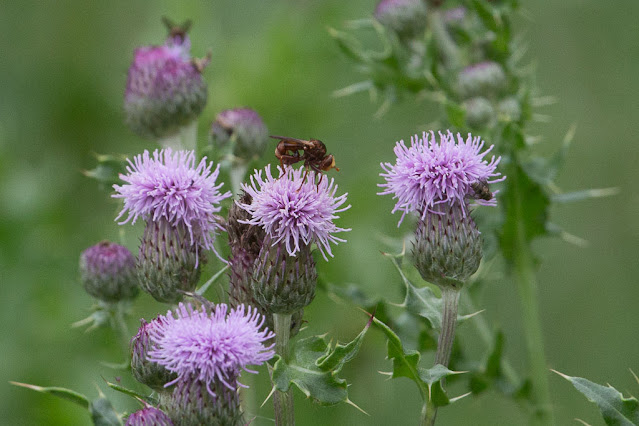 Although many of the plants in the butterfly garden -- the scabious, the knapweed -- are not yet blooming, the walking thistles are. I saw this odd-looking fly buzzing around them. It looks like a robber fly, but I'm not sure.

I'm still not seeing many butterflies -- I think it's been too chilly this spring. 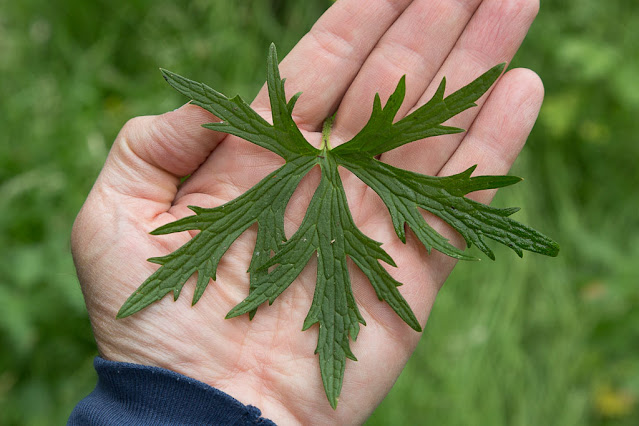 The leaves of the meadow buttercup can be pretty impressive. 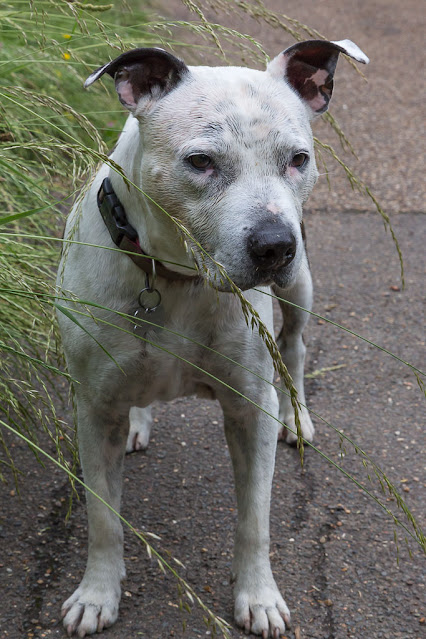 Olga rolled in the long grass and got her fur thoroughly damp.

In the evening we were in the mood for a lightweight movie, so we watched "Wet Hot American Summer," which I never saw when it came out way back in 2001. It stars several well-known former "Saturday Night Live" comics, like Janeane Garofalo, as well as a very young Bradley Cooper, and it was a hoot.

The night before we binged all of Netflix's "Halston," about the fashion designer, which we also liked. The only thing I remember about Halston is his cologne, but I wasn't really paying any attention to fashion back in the late '70s and early '80s -- at least not beyond Left Bank terrycloth shirts and Ocean Pacific shorts, which was about as sophisticated as I got in my early and mid-teens. (I'm no better now, but I have at least moved on to different brands.)
Posted by Steve Reed at 6:27 AM