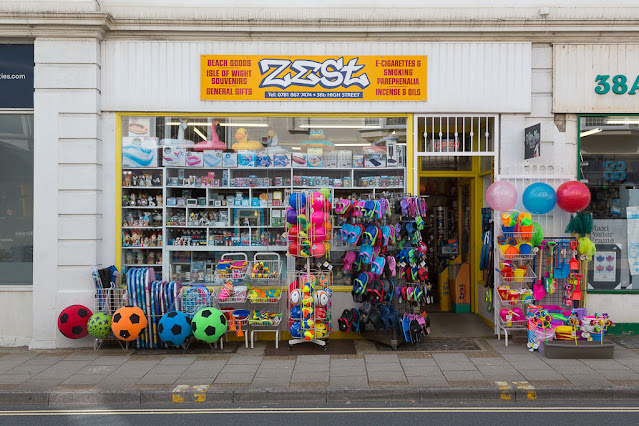 Yesterday's weather turned out to be pretty nice. I'd heard rumors of clouds but they were high and thin, with the sun coming through quite confidently. After breakfast, Dave and I took Olga for a romp in a nearby grassy park, and then I walked her down to the beach. She doesn't seem sure what to make of salt water. She waded in enthusiastically, but after she tasted it she got right out again.

We threw her Kong on the beach and then I left Dave and Olga back at the hotel and took a walk along one of the coastal paths from Sandown, the town where we're staying, to Shanklin, the next town south. First I explored Sandown a bit, walking along the high street with its shops full of colorful beach stuff. 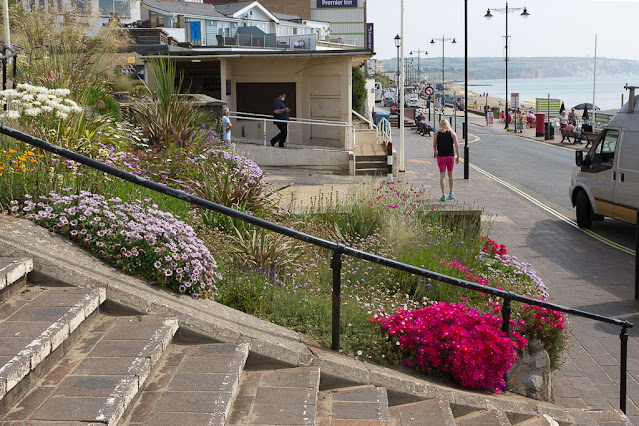 I walked down to the waterfront, where a shaggy guy was wearing shorts that almost exactly matched the landscaping. 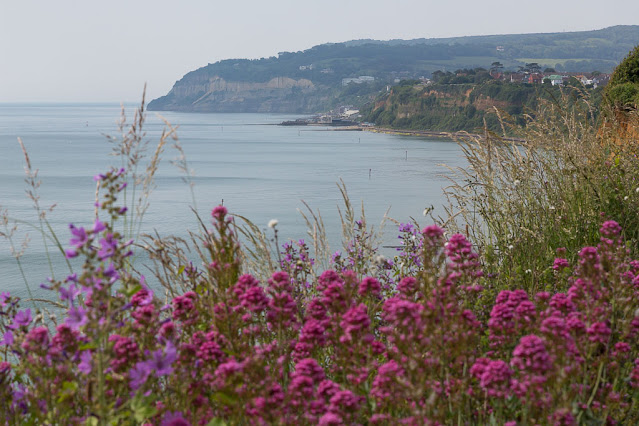 Then I walked back up to the path, which runs along the cliff tops overlooking the beach, and headed south. This is looking toward Shanklin, just beyond that middle point. 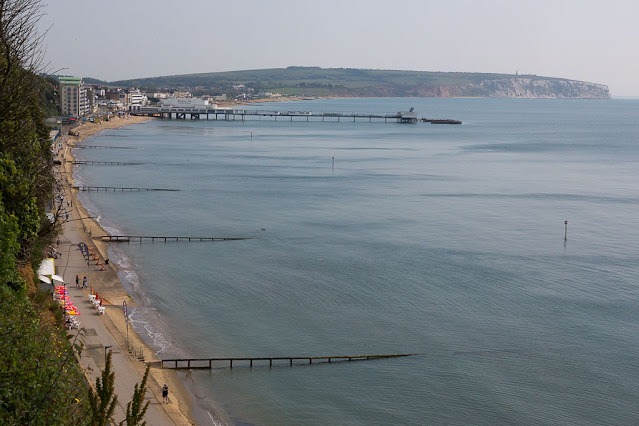 And this is looking back toward Sandown, which has a big pier. 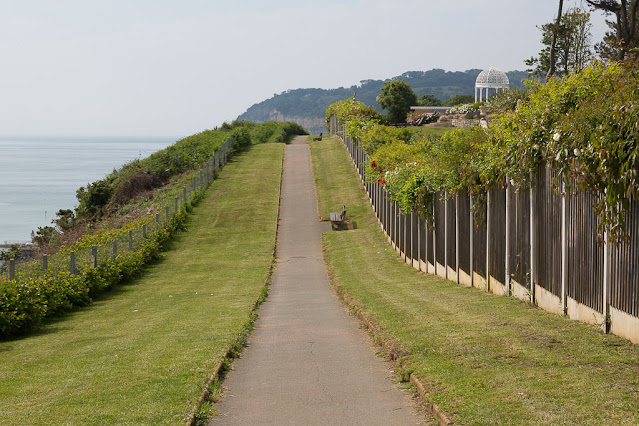 This is what the coastal path looked like. We're not talking about rustic walking conditions. I'd guess the distance was two or three miles. 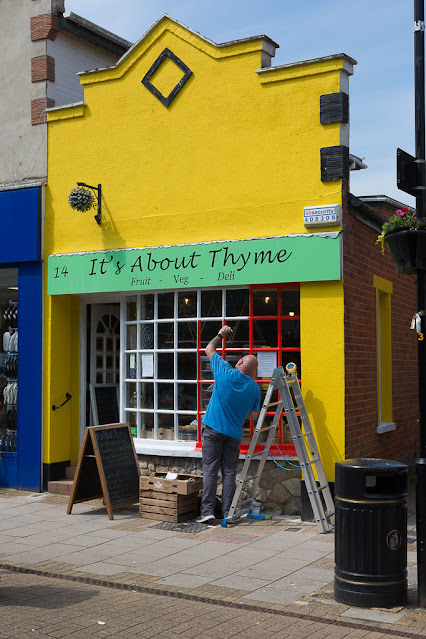 Once in Shanklin I had a look around. It looks a lot like Sandown except perhaps less tatty. I grabbed a coffee at a cafe on the high street and walked the length of the business district, checking out the little shops. I bought a £4 shirt at the Salvation Army so I'd have something with buttons to wear to dinner -- we planned to go to a nice-ish restaurant, and I'd only brought a sweatshirt.

And then I turned around and headed back. Dave and I grabbed lunch at a beachfront sandwich shop and spent the afternoon in the room, resting and reading. For dinner we went to the Bandstand, which had been recommended by several people including our taxi driver when we arrived. I had excellent mussels and Dave had lamb. We couldn't go inside because we had the dog, so we ate out on the back deck overlooking a mini golf course full of dinosaurs. Kind of surreal.

The trash TV continued last night. We watched an absolutely appalling show called "Naked Attraction" in which a contestant chooses a prospective date based solely on their physical attributes -- and yes, everyone is NAKED! Why anyone would go on this show is beyond me. In this case, a woman chose from five men who stood behind screens that were raised in stages, first to their waist, then to their shoulders, then all the way, and at each stage she eliminated one of them. Ouch! Then we followed her on her date with the "winner" -- which ultimately didn't go that well, of course.

Sometimes I think Western civilization is definitely in decline.
Posted by Steve Reed at 6:51 AM