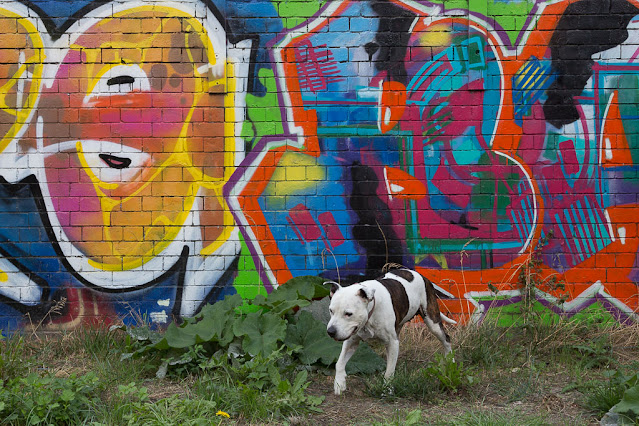 I now have definite plans to go back to Florida in October. I bought a ticket last night. It's for just a few days, over our school's October break, but I'm eager to check in on my 85-year-old mom and see how she's doing since her flu in June. Apparently it weakened her quite a bit so she needs more continual care now.

I feel better with the decision made. Having this vague idea hanging out there -- should I go or shouldn't I -- was causing more stress than simply making a plan.

Dave and I still intend to go back in Christmas as well, for a longer visit. We haven't ironed out the specifics of that trip yet but we probably should this weekend, especially given that we need to reserve dog care. I'm sure it will cost an arm and a leg at peak travel times but my October ticket proved to be one of the least expensive I've ever bought to Florida, I think -- about £500.

I also made progress on booking a tree surgeon for the garden. They've said they won't be able to do the work until January -- apparently they're quite backed up -- but I suppose that's OK. They're supposed to come and give us some cost estimates at some point.

Otherwise, it's life as usual around here. The photo above is another one from my walk with Olga along the canal on Saturday.
Posted by Steve Reed at 6:44 AM

Applause from Sheffield with regard to your ticket purchase. Now you know what you are doing in the October half-term holiday.

Oh, do I EVER know what you mean about the indecision causing more stress than simply doing it.

As her last days pass, your awareness of 'last' increases. I'm glad that you're taking the time with her, whether she is aware or not.

Great you have your plans starting. And what a great price for a ticket. I paid a small fortune for mine to NY in April. The photo of Olga and the wall of art is priceless.

I agree that knowing what you're doing beats the stress of indecision. You'll feel better for seeing her, whether or not she's aware. And another trip at Christmas? You're never home!

Yes, as the sports ware ad slogan goes, just do it. Usually here, the earlier you book a flight, the cheaper the price. It seems to be the case with all aspects of travel.

I learned when my mother had cancer that when you have a chance to go, the 'Should I' or 'Shouldn't I' must always be 'I should.'

Seize the day!
Well done. Visit while you can

Good! I know that it's a lot, traveling all the way across the ocean but it will give you some peace.

I agree with what Bob said. Life is finite, and it is good that you are going to see your mother.

Good to hear you got your ticket for the trip to Florida. It's nice to have plans settled. You are right about the December tickets. I'm sure they will be a lot higher.

I've always heard that any tree surgery should be done in late winter anyway. The timing allows the wounds to heal without sap flow or insects to infect it. We always prune our trees in late February or early March depending on conditions.

I'm glad you made plans to fly to Florida see your mom in October. It will be good to see her. Love that photo of Olga and painted wall. Reminds me that I've been wanting to walk around our little town and take photos of the painted building walls here. People are so creative.

Dithering is more stressful I think than finally making a decision. And zi think you'll feel less stressed once you see your mom. It must be hard living overseas while she is declining.

Glad you're putting your mind to rest by making some decisions.

I'm glad you're going. Making a decision can be a huge relief, even when it costs money!

Once the decision is made , the dithering is over and life is more pleasant.

Glad you decided to see your mom again. It's nice you're able to spend time with her. None of us knows how long we've got but that time gets shorter with each passing year.

YP: It's good to have it settled.

Debby: Someone once told me you only regret the things you don't do. I don't think that's necessarily true but it often is!

Mitchell: I paid a fortune for mine in the spring, too!

Boud: Yeah, if we go at Christmas as planned that will mean FOUR trips to the USA for me this year, which is a little insane.

Andrew: Yeah, booking early usually saves money, as I understand it. That certainly USED to be true, anyway.

Padre: I'm glad to have the decision made.

Michael: Indeed it is.

Sharon: Ugh. I dread having to sort out those Christmas plans.

Ed: Oh, good! Well, that worked out well, then. I think last time we did it in the fall and that seemed OK too.

Robin: They can be so colorful, and they make great backgrounds!

Ellen: It IS hard, although I don't know how much practical difference it would make to either of us if I were there.

Kelly: It does make me feel better to have a plan.

Margaret: Nothing is free!