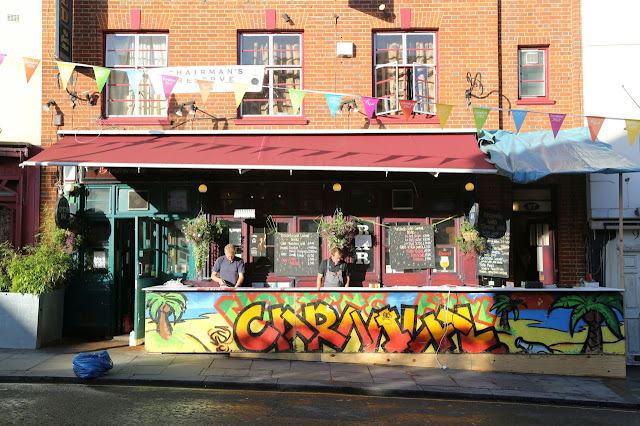 I had to run out early yesterday morning to buy milk, because our milk annoyingly went sour over the two-day period we were gone -- even though it was not yet past its expiration date. Argh! Why does that happen?

Anyway, the errand gave me a chance to walk through the neighborhood as it cleaned up after the Notting Hill Carnival. Above is one of our favorite local pubs, Portobello Gold, with two guys dismantling what looks like an outdoor bar erected for the festival. 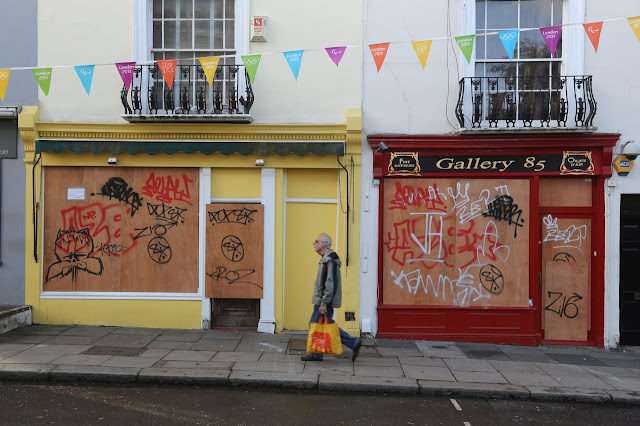 Many of the antique shops on Portobello Road were still boarded up tight. All in all, though, I think fewer stores put up plywood this year -- maybe because we didn't have the ugly memory of recent rioting, as we did last year.

The streets had been mostly swept -- and some were being power-washed. But there were still lots of stray cans and bottles lying around. Red Stripe predominated, not surprising for a Caribbean-themed carnival. 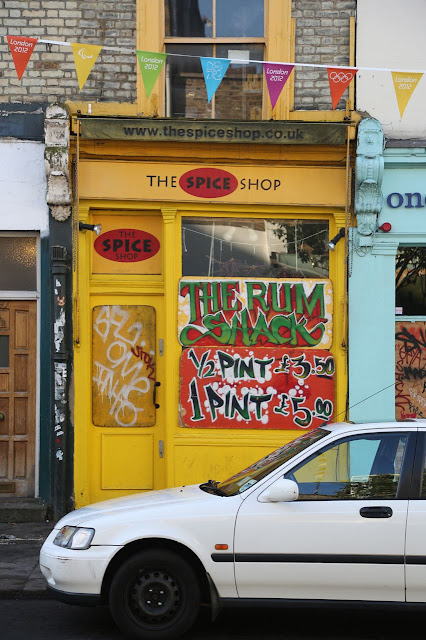 The Spice Shop apparently turned temporarily into a Rum Shack. (Surely that's not a pint of pure rum for £5?) 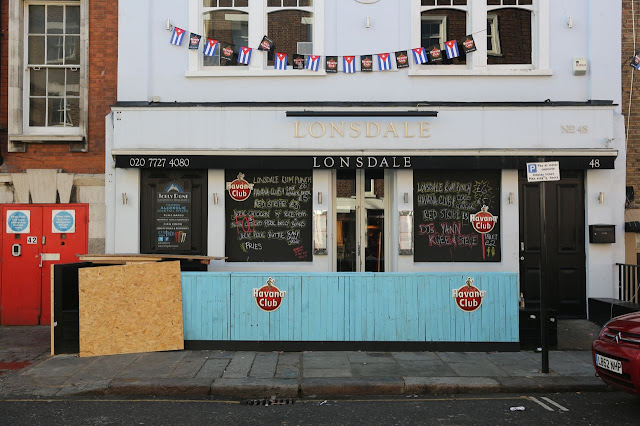 This normally swanky restaurant about a block from us also saw opportunity in the crowds, putting up an outdoor bar and dispensing rum punch and other drinks. (And charging £2 for toilet access, according to the sign.) 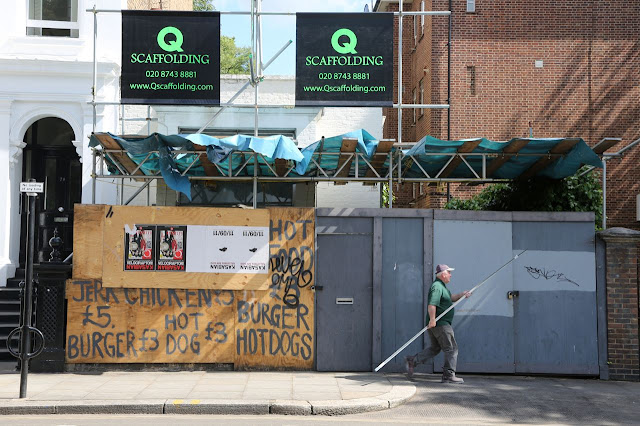 The remains of some enterprising individual's fast food stand on Ladbroke Grove. So much entrepreneurism at the Notting Hill Carnival! 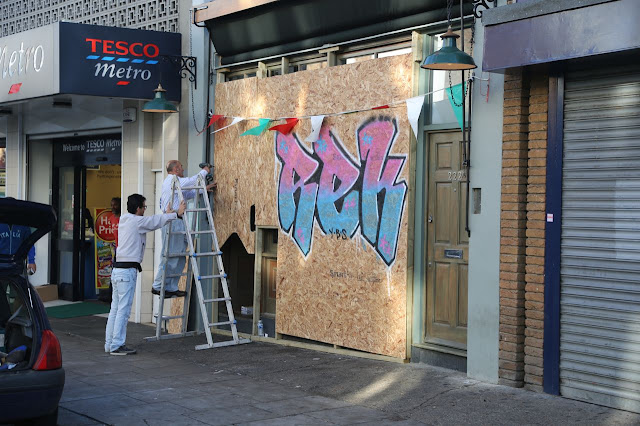 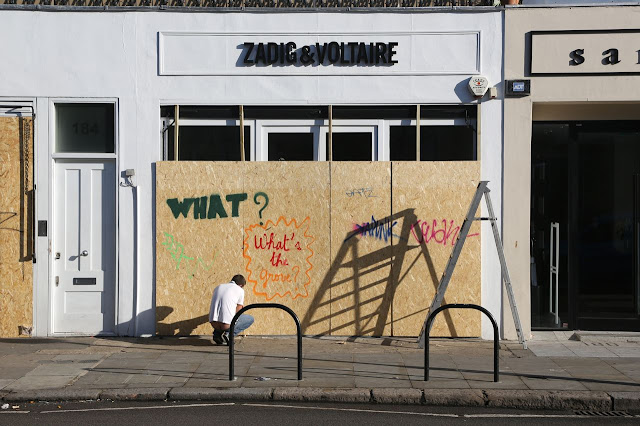 Time to get out the ladders and take down the plywood! (And thank goodness for dark shadows...because in that last shot, the moon was out, if you know what I mean.)
Posted by Steve Reed at 6:16 AM

The restaurant had a good idea- take advantage of the carnival folks and charge them for stuff that a drunken party would pay any amount for...That was really smart- plus they were there to make sure their place was not painted over. I liked where you went better- what a blissful little break from the city.
Love the chubby cheeks of the worker. Squeeze-able...
You are very fortunate to be so many miles away from the political BS here- I am ready to take off for the mountains any minute now...it really is obnoxious! AND ubiquitous! ICK!

LOL at Linda - he IS squeezeable :)

I like all the color - especially the graffiti on the plywood. Makes it more like decoration instead of 'KEEP OUT.'

Like post-hurricane clean-up in a way. Remove the plywood. Hoo-boy.

Another beautiful visual post which I really enjoyed, Steve.

Hmm... what to say ...
While Linda Sue and The Bug are off squeezing cheeks I think I'll just watch. ;)

I always like a passer-by in a shop front shot. Good stuff thanks.