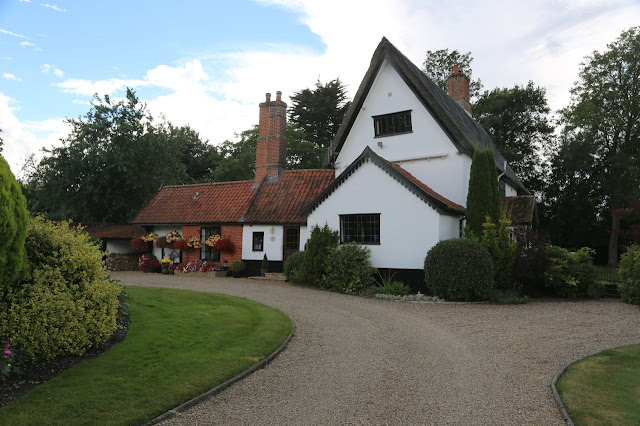 Well, we made it to Norfolk yesterday. An uneventful train trip of about an hour and a half brought us north of London to the town of Diss, where our hosts picked us up. This is the bed and breakfast where we're staying, known as Church Farm House. It's just as perfect and charming in real life as it looks in the picture. Dave and I are in a room on the top floor, beneath a thatched roof and a ceiling of dark wood beams, surrounded by antiques.

The village itself is known as North Lopham, about halfway between Diss and Thetford. Here's a map, to put it in context. 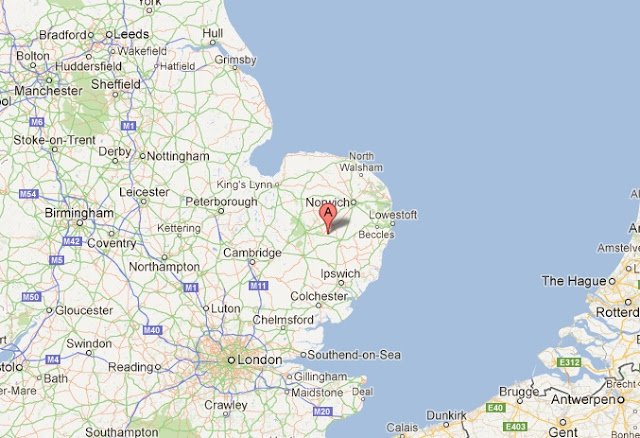 We went out for lunch at a pub in a nearby village -- although North Lopham has one of its own we intend to try today -- and after we came back to the house, I went for a walk. 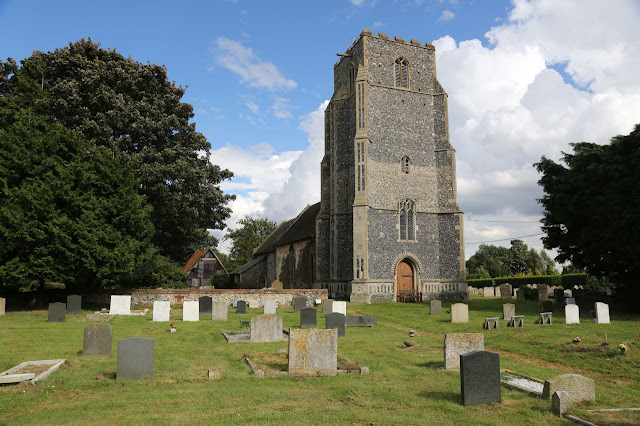 I visited North Lopham's village Anglican church, right across the street. Happily it's left open during the day, so I got to see it inside and out. I walked among the headstones in the churchyard and picked an apple from one of the apple trees for a snack. (Hopefully they won't mind. There were a lot on the ground, so I'm guessing they often don't get picked at all.) 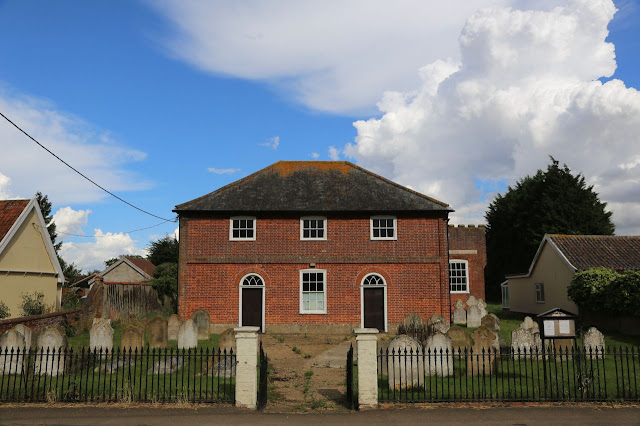 Then I walked through town, and was surprised to find a Methodist Church, too. You wouldn't think a village this size could support two churches! 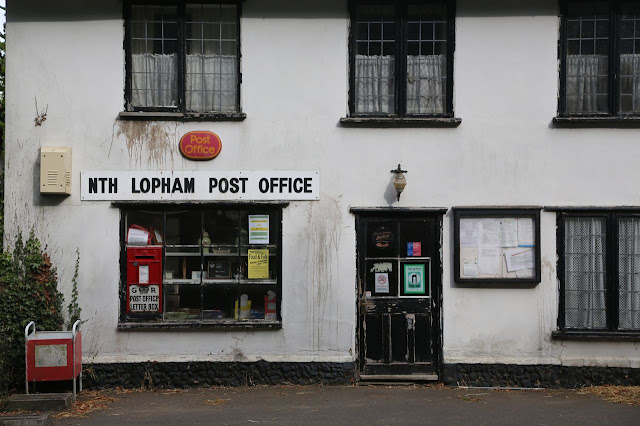 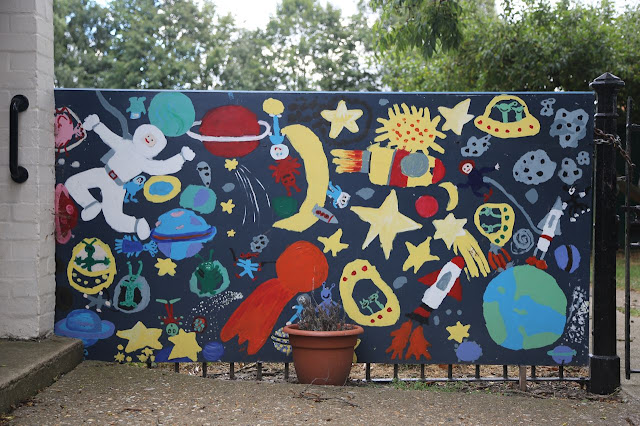 And there's a village school.

Right about this time the skies opened and I made it back to the house just in time to avoid being soaked by a thunderous afternoon shower that terrified our hosts' dog. Some things are the same all over the world!

We had a terrific dinner last night with our hosts -- who as I mentioned earlier were former teachers at the school where Dave and I work, and remain involved in musical education -- as well as two other visiting couples. I collapsed into bed and slept like a rock, the only sound from a burbling fountain in the yard outside our window. Quite a bit different from the traffic and the late-night shouting of pub drunks on Portobello Road!
Posted by Steve Reed at 8:05 AM