Pain on the Train 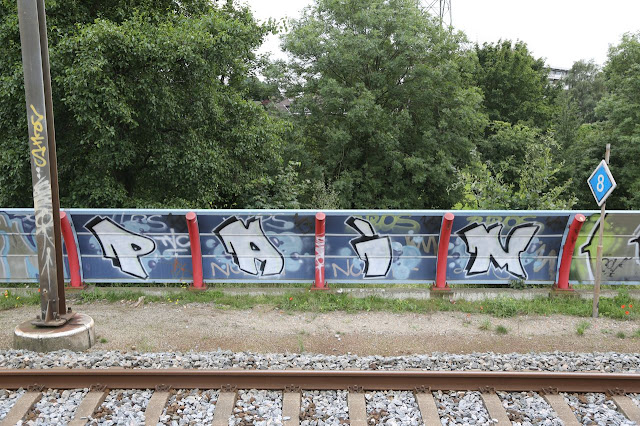 I'm lying in a hotel room overlooking the Amstel in Amsterdam, with Dave snoring beside me. It's about 8 a.m. and I've already been out on a wander around the city, photographing some graffiti that we saw while on our way to dinner last night. It's a beautiful clear morning, but I only saw about ten other people on the street. This is evidently not an early morning town.

(I could have guessed as much. I'm sure the five boisterous men and women who were rolling around with each other on the sidewalk beneath our window at 4 a.m. are asleep now, for example.)

The last time we came to Amsterdam, we flew. This time, we thought we'd take the train. So yesterday morning we hopped the Eurostar in London and went to Brussels, then switched to an Amsterdam-bound InterCity train.

The Eurostar leg of the journey went smoothly -- the train glided like an eel beneath the English Channel. But the InterCity leg proved more problematic. There were lots of stops, then a delay to fix some kind of problem on the tracks near Leyden, and then the train turned around early, short of our destination, to compensate for that delay. So we had to transfer to another train to get to Amsterdam Central. 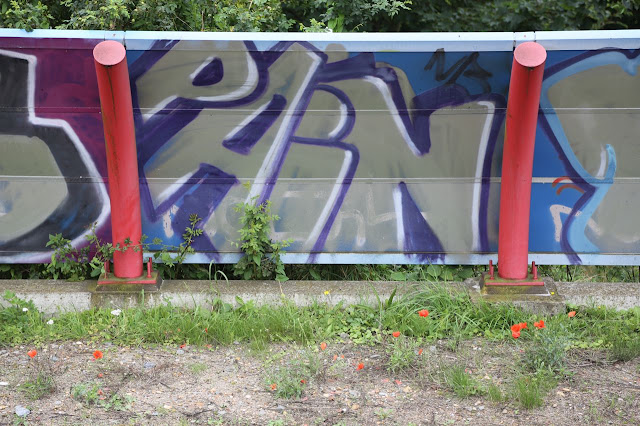 For some reason, I neglected to bring any kind of nutrition along, and all we could buy on the train was a mini-can of "paprika" flavored Pringles (known as barbecue flavor to those of us from the States). So we were starving by the end of our six-hour journey. I grabbed a brie-and-walnut sandwich and none-too-fresh apple at the Amsterdam train station, and they were the best things I ever ate.

We love our hotel, though, and we had a great dinner at Restaurant De Kas last night with Dave's friend Annie from Michigan, and her husband and two sons. We met up with them last year in Reykjavik, and when we heard they'd be passing through Amsterdam this summer on their way to South Africa, we decided to rendezvous again. We plan to make our dinner an annual tradition. Next year: St. Petersburg! (Russia, not Florida.)

Dave has already vowed to spend today parked at a cafe, people-watching. Sounds great to me. First he needs to wake up, though.

(Photos: From the train platform in De Vink, a town outside The Hague where our train was delayed yesterday.)
Posted by Steve Reed at 7:31 AM