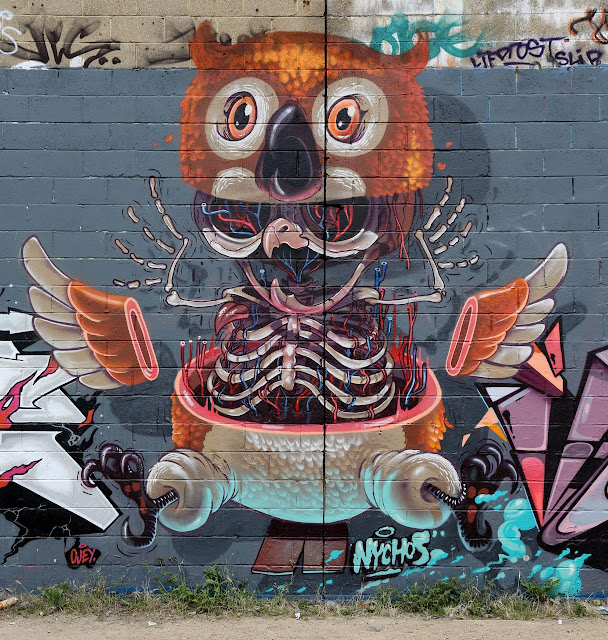 I went back to Trellick Tower on Friday to shoot some graffiti. I hadn't been in several weeks, what with all our recent visitors, and of course the whole scene had changed. Among the amazing new pieces was this exploding owl by Nychos. 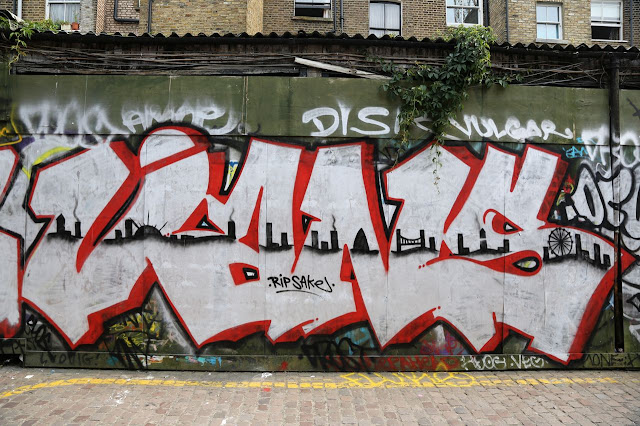 I also liked this nearby piece by Vans, depicting various London landmarks. You can see the O2 Arena, the Gherkin, the Eye, Tower Bridge and what looks like One Canada Square at Canary Wharf. 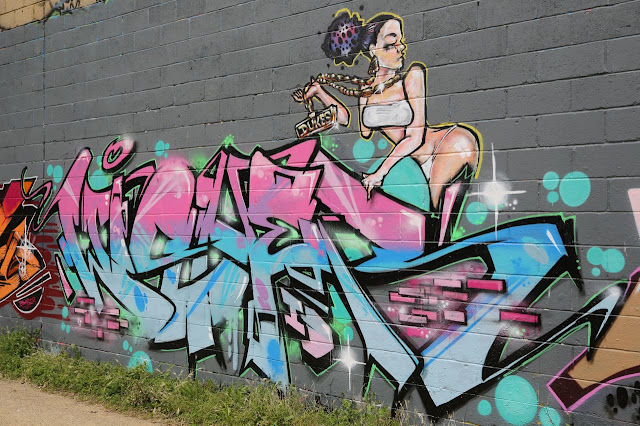 Wisher, meanwhile, took the cheesecake approach -- and he wasn't the only one! There were lots of other great pieces too. I can't post them all here but they're on Flickr.

I originally went hoping I'd find some Olympics-themed graffiti. The closest I came was this: 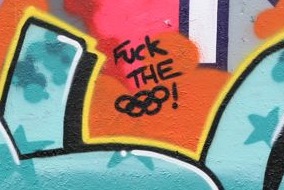 Not exactly what I had in mind, but a valid point of view nonetheless!
Posted by Steve Reed at 6:18 AM