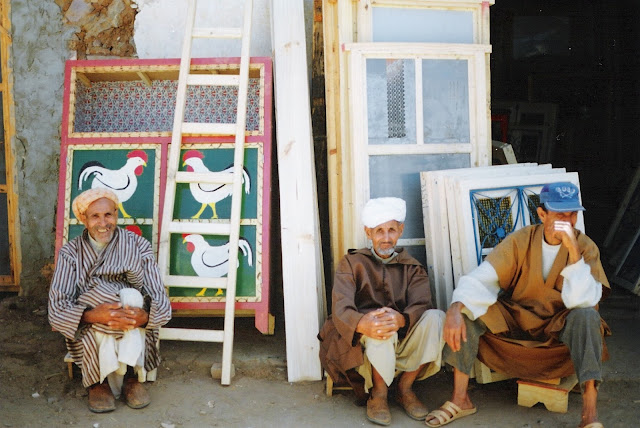 A couple of years ago I posted one of my favorite photos from Morocco, where I was a Peace Corps volunteer from 1992-94. I've been meaning to scan more, and I finally got around to it the other day. Here are some of my favorites.

The guys above were sitting outside a woodworking shop on market day in the town of Ida Ougnidif, near Tafraout in southern Morocco. I still love the cabinet decorated with chickens. I should have bought it. 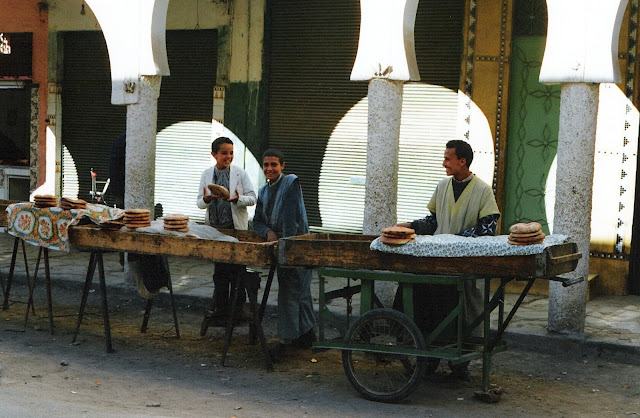 These boys sold bread on the main street in Ait Baha, where I lived. I was a daily customer! Morocco has some of the best fresh bread I've ever tasted. 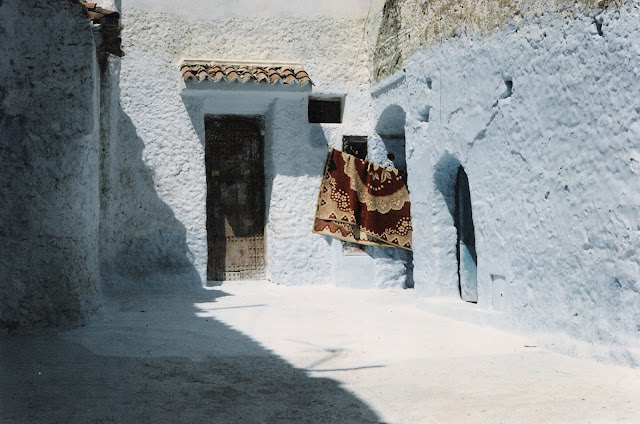 A quiet whitewashed street in the northern town of Chefchaouen, in the Rif mountains. At the time the region was said to be a hotbed of marijuana and hash cultivation. I remember being annoyed there because I couldn't find a cup of coffee when I got up in the morning -- apparently no one gets an early start in Chefchaouen. 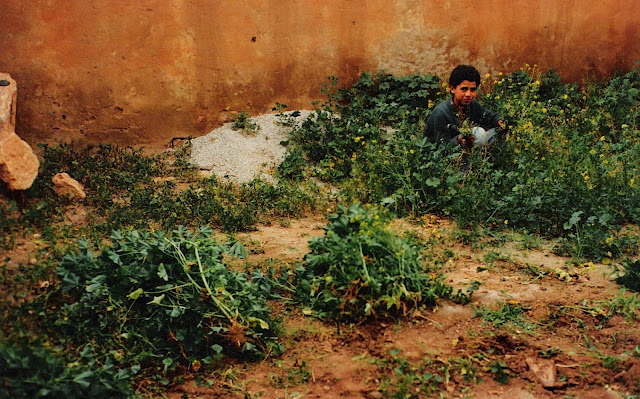 This kid lived in my village near Ait Baha -- as I recall, his name was Hassan. He came over one day and asked to harvest the weeds that sprouted in my courtyard during the rainy season, so he could feed them to his goats. I said, "Go for it!" During most of the year, that courtyard was dry as a bone and devoid of vegetation. 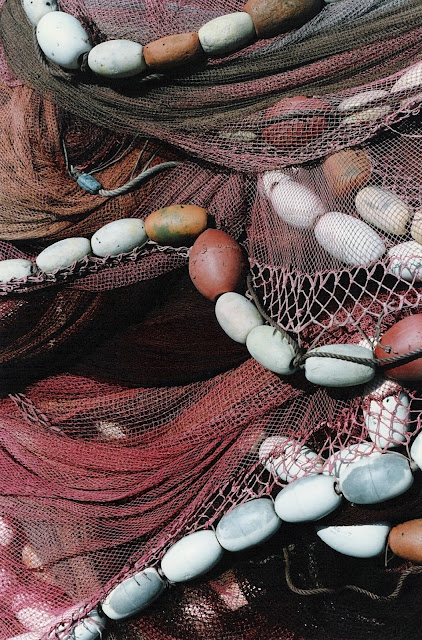 Fishing nets piled on the docks in Essaouira, my favorite Moroccan city. The Portuguese called it Mogador, and old Portuguese forts and ramparts are still part of the landscape. In summer, when much of Morocco is sweltering, Essaouira is cooled by a brisk wind off the Atlantic. 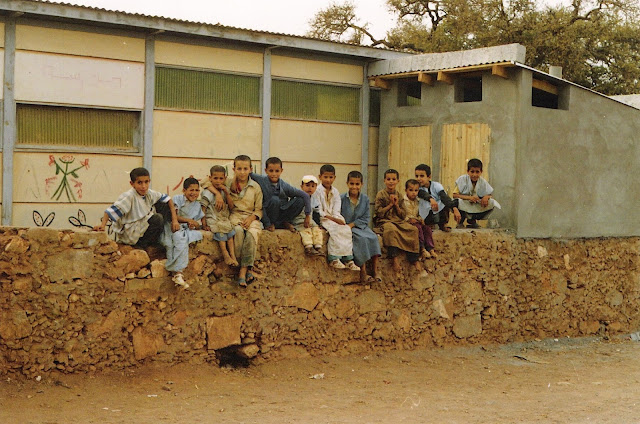 These kids lived in a village where we built a latrine at an elementary school. (That's the latrine behind them, to the right.) As I took this photo, one of the men in the village said snarkily that the scene, with the dirty and bedraggled kids, was "like Somalia." Kind of sobering to think they're all in their 20s now, maybe with kids of their own. 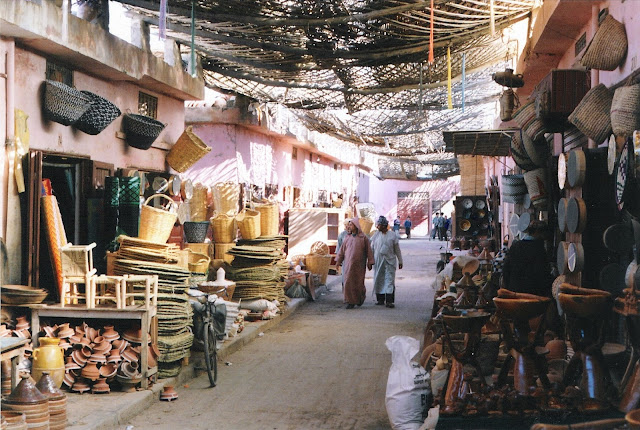 The market in Taroudant, a city in the south. This looks like a lot of Moroccan markets, known as souks -- I especially love that latticed roof.
Posted by Steve Reed at 6:04 AM

Extraordinary photos! I would love to hear more about your Peace Corps days -- did you write about it?

I've written about my Peace Corps experiences here and there on this blog, but I've never done anything comprehensive. I still have the journals I kept at the time, though, and they're full of details. Maybe one of these days!

Morocco just sounds so exotic and seeing these pictures, I see that yes- it is. That light is amazing. I'm with Elizabeth- I'd like to hear more about those Peace Corps days.

Those were the good old days, hey?

Weird to think of how long ago that was.

All these photos are wonderful. My particular favorites are: the bread sellers and the fishing nets. The background in the one with the bread sellers is just as interesting as the people without taking away from them.

And, oh yes, you certainly should have bought that chicken cabinet!

very cool. I really like the pic of the fishing nets and the white washed cul de sac and the market.

wish this post was scratch and sniff- Morocco smells lovely.