My Secret Desire To Be Diane Wakoski 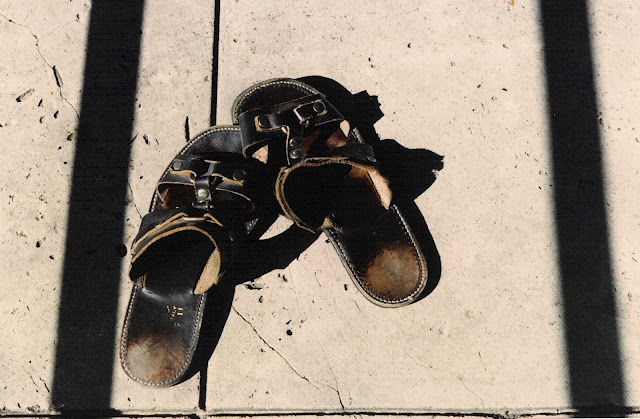 When I was in college, I wrote a lot of poems. I suppose most people with the writing instinct go through a poetry period. In some people it takes hold and sticks. Others write poetry fervently, even obsessively, for a few years and then find themselves moving on to other things -- like journalism, in my case.

Looking through my college poems recently made me think about my poetry phase. I won a writing award as a senior in high school, with an entry that included two poems -- one about a dandelion seed and one called "Inca," about the transience of civilizations. They're both really bad, of course, but I still have them.

My high school girlfriend wrote poetry; I took some cues from her. And in college, I began reading Diane Wakoski, whose book "Virtuoso Literature for Two and Four Hands" I found in the downtown Tampa public library. I liked Wakoski's long, fragmented, loosely structured poems, which seemed more accessible than the impenetrable lines of, say, Wallace Stevens. I began emulating her style.

Unfortunately, loose structure does not befit a young wanna-be poet. Wakoski is brilliant with imagery and language, but I just rambled. (As the Poetry Foundation notes, "While the structure of Wakoski's poems appears to be informal and casually built, her artistic control is tight.")

One semester, much to the chagrin of my parents, I essentially took a break from school and enrolled in only one course -- Poetry 101, or whatever it was called. I quickly grew to dislike the teacher, probably because he didn't immediately fall prostrate at the feet of my staggering brilliance. He also wore a lot of turquoise jewelry, which made me consider him a poseur. (Was I any more authentic in my battered Jesus sandals and Goodwill castoffs?)

During this period, I wrote most of the schlock that I uncovered a few weeks ago in our file box. I not only wrote page after page of pseudo-Wakoski, but I sent it to magazines! I bought a "Poet's Market" and mailed out batches of hopeful submissions. I knew not to aim for The New Yorker; instead I went for small literary journals. A few of my poems actually got published, proving that persistence sometimes trumps talent, or lack thereof -- but of course most were rejected outright.

(Even publication turned out to be both blessing and curse. One poem was accepted by an Ohio literary magazine and typeset incorrectly, adding an extra word. Which ruined it, as far as I was concerned.)

The next semester I got back on track, and poetry took a back seat to the school newspaper. I still wrote poems occasionally, but they were less like dishwater-weak emulations of Wakoski. Only after I went into the Peace Corps in 1992 did I really work on poems again, and I was happier with the results. Some were published in the Peace Corps Morocco newsletter -- where they drew virtually no attention. Since leaving Morocco I've written only a handful.

Someone once said of poetry that perhaps nothing else is written by so many people and read by so few. (Blogs might rank right up there, though.)

Aside from my few publishing credits in the mid- and late-1980s, and my Peace Corps newsletter publications, I haven't shared my poems with anyone -- at least, not until I began blogging. Therein lies the beauty and the curse of the Internet. The beauty: I can publish what I think is up to snuff, without the hassle of submissions and editors. The curse: It may not be up to snuff! Sorry about that!

(Photo: My treasured Jesus sandals, in February 1987. They originally belonged to my high school girlfriend's father in the '70s. He gave them to me a decade later, and I wore them until they fell apart. Scanned from film.)
Posted by Steve Reed at 7:09 AM

I would love to read your poetry!

I never went through the phase - thank God!

There's a lot of horrible poetry floating around in the blog world, isn't there? Bless the hearts of those who publish their own poetry, though. Why not?

Also - I bet your poetry is better than you think it is.

I agree with Reya - in fact, I already know that it's better than you think it is.

Thanks for the shout-out :)

I think you were wearing those sandals when we met oh so long ago...I too had some poems published, but kept clips of only journalistic stuff. If you know the expression " faffing about," that is an accurate description of my poetic efforts.

I, too, would love to read your poetry -- you are much to self-deprecating! Besides, there is much poetry in your photos -- I think of you often when I'm out and about -- it's almost as if you've showed us your eye in your photos here -- and you have a particular sensibility that is at once stark and clean and warmly familiar.

I saw this today and wondered if you'd seen it or photographed it yourself: http://www.apartmenttherapy.com/water-tower-turned-townhouse-174820

Ugh -- I meant "too" self-deprecating. I hate mis-spelled words like to and too and two.

Elizabeth: That water tower is VERY close to our flat, right up Ladbroke Grove on the Grand Union Canal. Dave and I have walked past it numerous times and talked about what it could possibly be -- was it really a water tower, was it a house, offices, etc? So I'm SO glad you gave me that link! Thanks for your kind comments about my photography.

Everyone: I'll give you a few examples of the poetry. Believe me, you don't want to read the long-winded ones!

E: I wore those shoes constantly for a year or two. I think you were the editor of Omnibus one year when some of my poetry was published. Unfortunately I only have the tearsheet with my poem on it -- not the entire magazine -- if I did, I could send you your clips! (Pretty sure you were in that issue too.)