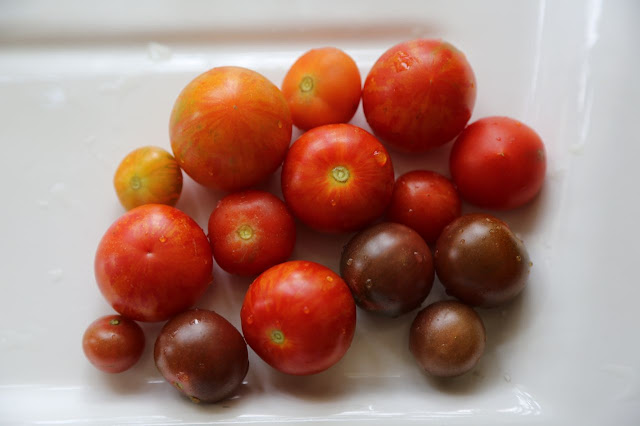 Yes, we had more tomatoes. I just can't help posting a photo. I'm like a proud parent! These were a mix of the tigrella striped variety, black cherries, and red alicante. We simply cut them up and ate them with an olive oil vinaigrette. Some of them seemed a bit thick-skinned -- probably those really tiny ones -- but they tasted great! 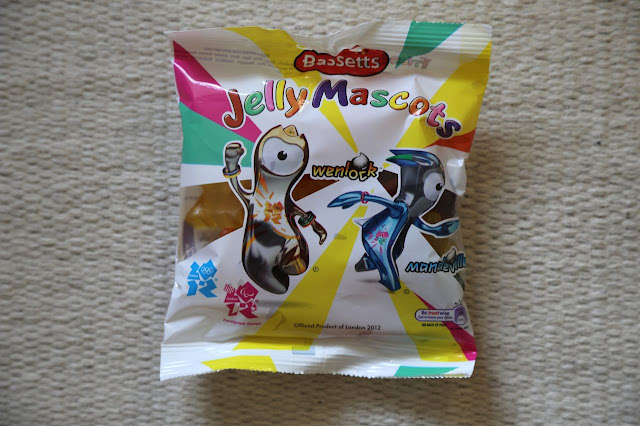 When Dave and I were in Tesco last week, we came across Bassett's Jelly Mascots -- on sale! I never buy candy, but I couldn't resist this bizarre bit of Olympic paraphernalia, featuring mascots Wenlock and Mandeville. I've been eating them as enthusiastically as a six-year-old.

(By they way, did you watch any of the closing ceremonies last night? I was surprised at the use of John Lennon's song "Imagine," which praises a world without religion, and George Michael's "Freedom," which is about coming out of the closet. I mean, I love both songs, but would such potentially controversial material have made it onto the stage in an American production? I doubt it. Europe just isn't as obsessed about the petty politics of "family values.") 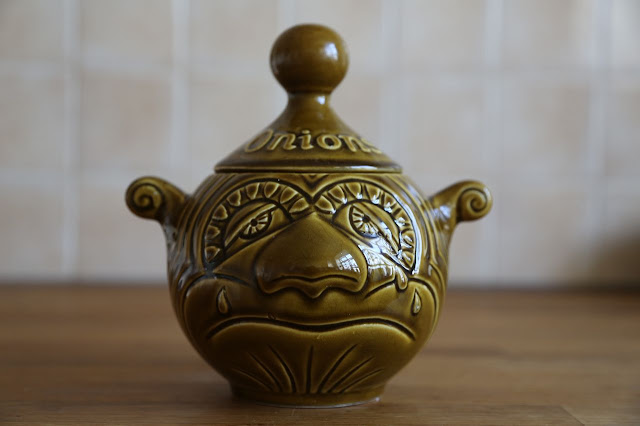 I picked up this sad onion pot in a vintage store near Notting Hill Gate, after watching it sit in the store window for a week. I'm not sure how old it is, or why we need a special pot for onions, but I think it's pretty clever. Dave fruitlessly tried to discourage the purchase, but claims he likes it nonetheless. I'm not sure he's telling me the truth.
Posted by Steve Reed at 6:29 AM