A Ladybug is Born 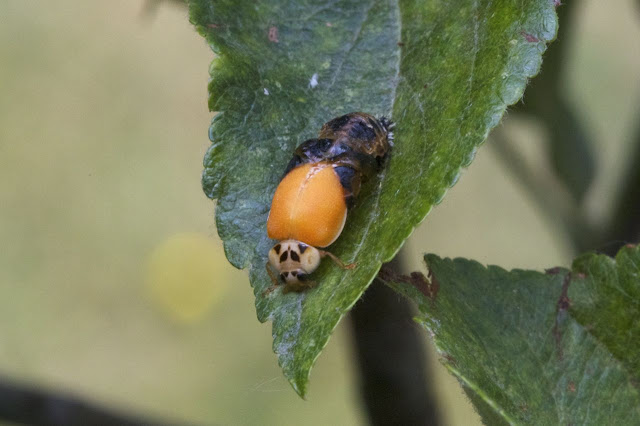 This was the scene yesterday in the garden. Dave and I just happened to be checking out the ladybird/ladybug pupae at the exact moment that one of them was emerging! 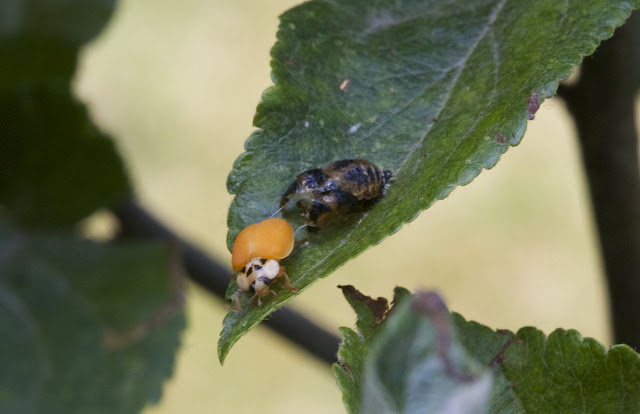 I wondered what this process would look like. Would the bug leave a case behind? (Yes!) 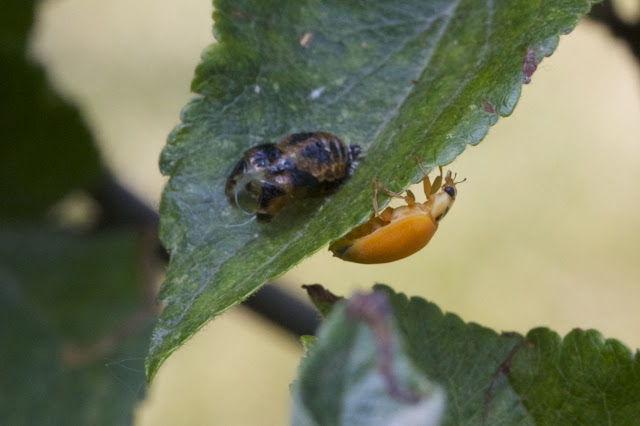 It retreated to the underside of the leaf. Ladybugs apparently have to harden their shells after pupating, and during that half-day hardening process they gain pigment -- including spots. They also have to hide from predators. So maybe that's what was going on.

I checked this morning and a few more have emerged. Even the shiny, hardened ones still look more or less plain orange, though. We seem to have a spotless variety.

Yesterday wasn't a bad day to be born, temperature-wise. The inferno of the previous day subsided as quickly as it came, and this morning it's even a bit chilly (63º F).

You'll notice that I always report temperatures in Fahrenheit. When we moved to England, Dave very quickly transitioned to the Celsius scale, but I still think in Fahrenheit -- in fact, it drives me crazy when I ask him the temperature on a beautiful, cool sunny day and he says, "23 degrees." I tell him to speak in real temperatures!
Posted by Steve Reed at 7:11 AM