Thoughts on Cecil and '70s Fashion 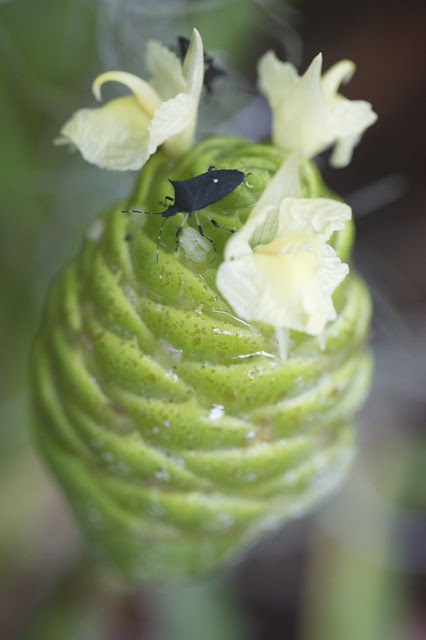 Poor Cecil the lion. If anything good comes out of that story, it's a heightened awareness of the fact that big-game hunting continues. I fundamentally do not understand why anyone would gain enjoyment from shooting a huge, noble, potentially endangered animal that humans can't even eat. Trophy hunting is an utterly alien concept to me.

I read an article in The Guardian in which a hunter defended big-game hunting as a bedrock human impulse -- a nod to our inner natures as predators. But in the wild, no animal hunts and kills just for the fun of it. They hunt for food. Not the same thing!

If anything, I hope this incident prompts changes in hunting laws. Hunters shouldn't be able to pay any price to hunt rhinoceros or other trophy animals. Why don't those guys just buy cameras and take photos?

And I'm impressed at the universal outrage that Cecil's killing prompted. The vast, vast majority of people see that it's wrong.

Even Newt Gingrich, for God's sake! I don't think I've ever agreed with Newt Gringrich about anything.

Photo scanning continues around here. I plowed through stacks of family photos yesterday and a photo album and file folders. I set up a private Flickr account for my mom and put everything there, so not only can she access it, but my brother and I can too. 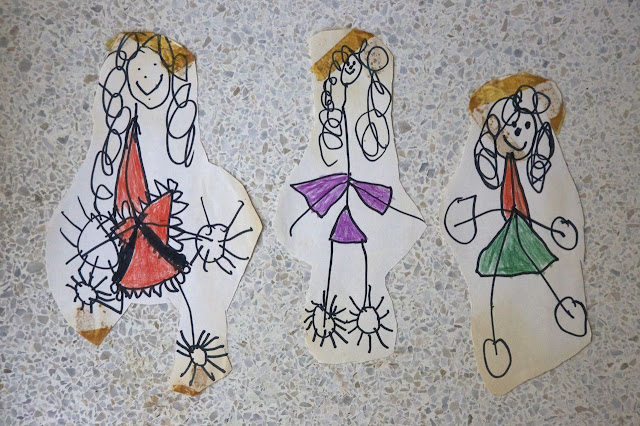 We looked through a folder full of childhood drawings by my brother and me. Here are some drawings I did as a kid. My mom used to stack up household magazines, like "Better Homes and Gardens," as well as Sears and J.C. Penney catalogs, for me to use in art projects. I'm sure I was inspired by those. I think I missed out on a career in fashion illustration!

(Top photo: These leaf-hoppers (I think?) like our pine cone lilies!)
Posted by Steve Reed at 11:27 AM

Those are pretty awesome illustrations! I look at them and think they were done by a happy imaginative kid. i know you were the latter, but were you also the former?

i don't know if going to jail is the right thing...maybe working in an environment to see the beauty in wild life.
also, we kill babies every day and that is okay? No i don't believe in abortion!

only humans kill for pleasure or because they can. that is so messed up. it shouldn't even be called hunting. people hunt for food or protection. just call it what it is. killing. and to kill an animal that isn't even threatening you? how can there be any sport in that?

I like your drawings. I kept some my son did of fish and birds.

As you know, Mr. Moon hunts. We talked about Cecil last night. "I've never had any desire to shoot a lion," he said.
Thank goodness.
I think that's what we call a stink bug on your pinecone lily.
I LOVE your drawings! They are happy.

I LOVE your drawings, too! Absolutely gorgeous. They make me smile.
The hunting thing I can maybe get, but not lions. If I was going to hunt (which I'm not), I would hunt something I could eat.

I have no understanding whatsoever of anyone who kills big game wild animals simply for sport of for trophies. The story of Cecil is heartbreaking to me.
Your sketches are great. I think Alexander McQueen might have picked up your shoe design if he'd seen these drawings.
When I was a little kid, I used to cut paper dolls out of my mother's magazines and catalogs. Real paper dolls had such a limited wardrobe but if I used the Sears catalog, my dolls could have endless clothes for every occasion. Looking at my own overstuffed closets now, it's an urge that has carried over into real life.

Those pics are so funny and imaginative; the toes are particularly fetching. As for the lion, that was beyond evil,and I've never agreed with Newt before either.

LOVE the fashion drawings! SO MUCH!

I've been amazed at the wide variety of people who are condemning that lion-killer - almost universal outrage! Wouldn't it be great if we all felt the same outrage at these unnecessary killings by the police?

37P: I would say I was definitely a happy kid. My parents divorced when I was young so it's not like everything was sunshine, but I don't remember it bothering me much. I was oblivious!

Vivian: Some kind of wildlife-focused community service wouldn't be a bad thing. I'm not sure the abortion question is a fair parallel, though. I would argue that humans have the right to make decisions about the composition of their own families -- an issue of grave concern and consequence for all of us. But trophy hunting is idle killing for no purpose other than entertainment.

Ellen: I agree. It is messed up!

Lynne: Are they shoes or feet? I honestly don't know! Paging Tim Gunn!

Ms Moon: But Mr Moon hunts for food. You all eat what he shoots, so that's kind of a different thing. Killing a deer and eating venison isn't like killing a lion so you can hang its head on your wall.

MWA: I agree. The only way you'd get me to kill an animal is if I were to eat it. And probably even then only if I were starving!

E: Aren't those crazy toes? Clearly I wasn't counting yet.

Linda Sue: I will be glad to custom-design some dresses for you. :)

Bug: Animal-killing seems to strike a visceral chord with so many people -- I guess because animals are defenseless and we have all the power. (Not unlike the police, admittedly!) The universal condemnation has been impressive. I like the fact that so many people responded that way and very few spoke in defense of trophy-hunting. Maybe we're progressing as a society.