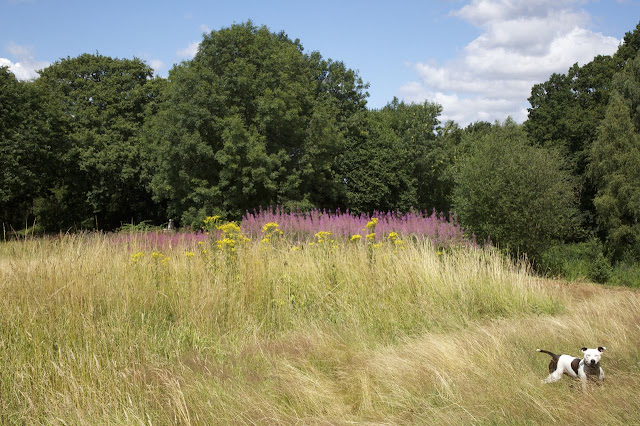 When I was growing up in Florida, purple and gold meant fall to me -- the goldenrod, the blazing stars, the pine lilies.

Here, they're summer colors. Olga and I found a few examples while walking yesterday on Hampstead Heath Extension. 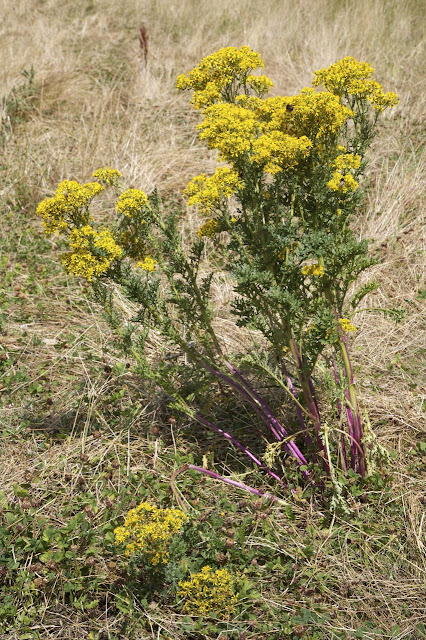 Have I mentioned that I'm taking off for Florida in just two days? The immediacy surprises even me. This trip has been planned for a while, but I was startled when I woke up this morning and realized I'm leaving the day after tomorrow! Holy cow. Fortunately I don't have much to do to prepare.

Dave and I watched the TV movie pilot for "Fantasy Island" last night. I vividly remember watching it when it first aired in January 1977, and I even remember parts of the plot. But I hadn't seen it in, oh, 35 years at least. I found it on YouTube but the posted movie turned out to be flawed, so I bought it on British iTunes -- where, by the way, the picture quality was much better and well worth the £1 and change that it cost. It was a hoot to watch! Bill Bixby, Carol Lynley, Eleanor Parker, Sandra Dee, Peter Lawford, Victoria Principal and a host of other actors...a real nostalgia trip. Interestingly, although I remember loving the pilot, I was never a fan of the series itself. Between Ricardo Montalbán and Hervé Villechaize, the schtick was a bit heavy to endure every week.
Posted by Steve Reed at 6:55 AM