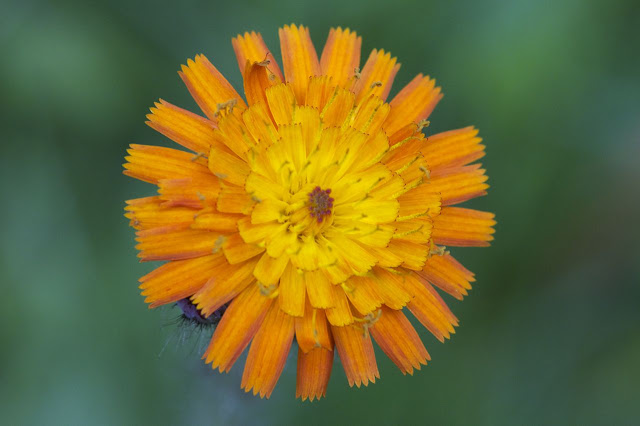 This post is going to be a crazy mishmash of random pictures. Just FYI.

First, our hawkweed. As you may recall, for the longest time I didn't know the name of this random plant growing in the middle of our lawn. Then our friend Sally identified it for us during our recent garden party. Now it's blooming again, and I've set some stakes in the lawn to protect the plant -- actually several of them -- so we don't mow them down. I really like them. I wish they were in a better location. 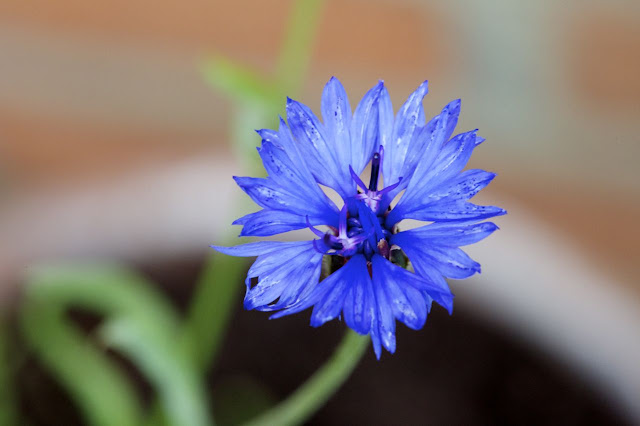 Also, as you may remember, several weeks ago I planted a mixture of wildflower seeds in some of our patio pots. The squirrels dug them up with a vengeance, but many still sprouted successfully. And now we have our first blossom -- a cornflower! 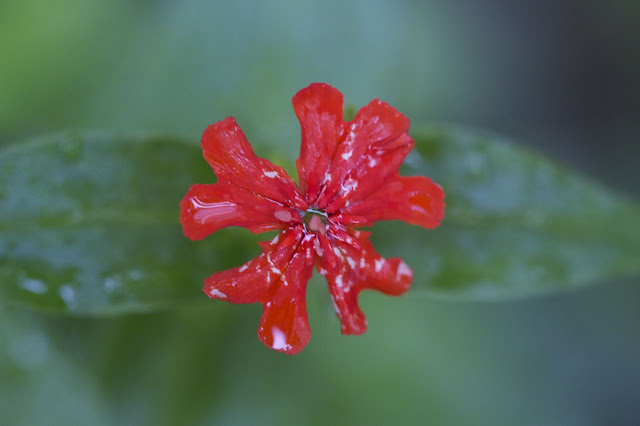 Dave and I bought this red-flowered plant at our peculiar neighborhood nursery and we haven't got the foggiest idea what it is. Any ideas? It blooms mostly in clusters, though this blossom is off by itself. 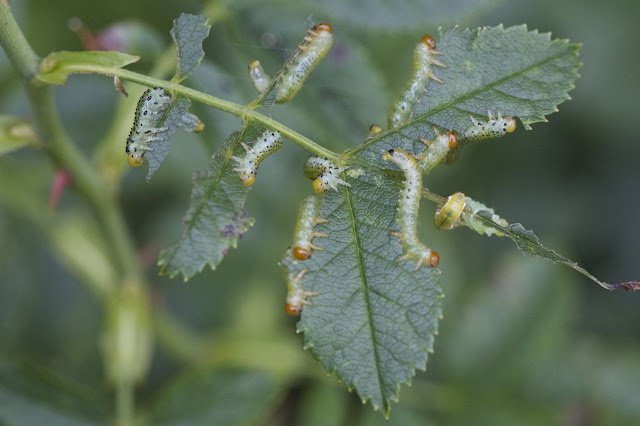 These little devils have reappeared again this year to devour our roses. I believe they're caterpillars from the large rose sawfly. I've been removing occasional infested leaves and dropping them into the recycling bag, and in some cases killing the caterpillars by hand (sorry, caterpillars!) and that seems to stop any serious denuding of our plants. 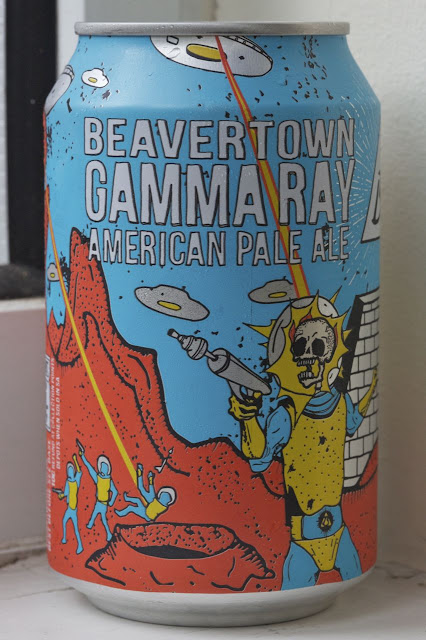 On the non-gardening front, a guest at our garden party brought this can of beer and then didn't drink it, so it's been knocking around our fridge ever since. Even though it's allegedly an American Pale Ale, it's apparently brewed in London, from what I can tell.

There was a time when, as a beer-can-collecting adolescent, I would have gone totally nuts about this can. I love it even now! 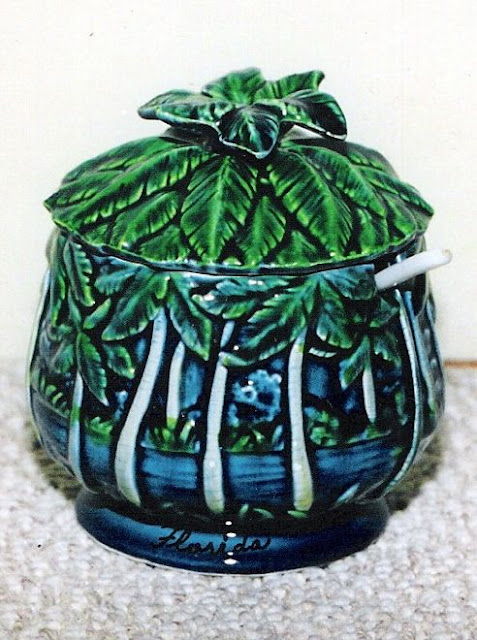 And finally, apropos of absolutely nothing, I want to share with you my best-ever yard sale find. I no longer have this wonderful little Florida souvenir jam pot, which I bought in the late '90s at a house in the neighborhood where I grew up. I sold it on eBay when I moved to New York City (and a tiny apartment) a few years later. But I still occasionally think about it. I do love tacky Floridiana.

my mother-in-law was a beer can collector. she would go to the convention every year. it was her vacation. she's in her 80s now. beer cans are gone and she never goes anywhere. I don't know what the little red flower is. seeing the foliage might help identify it. and I can't believe you sold the Florida jam pot.

Aw. I wish you hadn't sold that jam pot. It's precious.
No clue as to the flowers. I can't even identify half of mine.

That beer can is quite a piece of art. It makes me think of "Forbidden Planet". That is a lot of caterpillars munching away on one leaf. Yikes.
Love the flower photos!

Maybe the caterpillars ould like to go up to the Heath and take their chances, the birds might be grateful! Your garden is certainly a thing of beauty! AND it is huge! You guys are so ambitious! Since we have water restrictions and there has been very little rain, everything here is more brown than I have ever seen! No slugs either! Consequently I do not feel badly about our yard looking like the apocalypse, let's me off the hook...
Gay Pride yesterday in town- such a happy event! Like a moving garden full of color and music and joy! Lovely!
I DO like your beer can!

Wow...Tacky Floridiana and interesting beer cans...very eclectic. I'lllook and see if I can find a good flower reference for you, if you're interested.

Keep those random photos coming, Steve! They are always remarkable, and your commentary is always interesting and amusing.

That beer can though! So cool.

Variety is good, especially when the shots are as good as yours and the writing too. Thoroughly enjoyed!