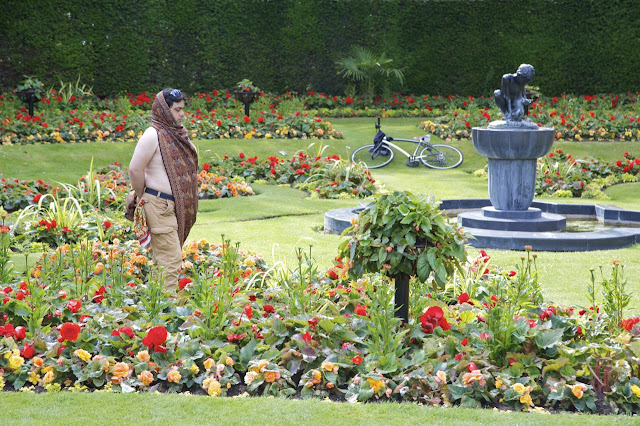 There hasn't been a whole lot to say the last few days. I've pretty much just been hanging around the house, doing daily housework  -- le ménage, as it's called in French, which makes me think of ménage-a-trois, but that's something else entirely -- and reading.

Today, though, I am off on my own little solo trip to Durham, in northern England, for one day only. I gently dissuaded Dave from going with me, because it's three hours each way by train and my goal is to see a 1969 architectural/artistic feature in a planned community -- which Dave would definitely not be into. So he's staying home, and I have no doubt he's happier about that.

Olga isn't coming with me, either. This is me, doing my own thing, indulging my quirky penchant for brutalist modern architecture. Woo hoo!

And yes, six hours on a train in a single day is a lot. (Not to mention an additional necessary bus trip to get to my destination!) But I have lots of New Yorkers and a Harpers to catch up on, and I used to do this years ago when I'd take day trips out to Montauk from New York City. (Also three hours each way.) So it's not as if there's no precedent. I'll report back tomorrow on how it goes!

(Photo: A guy doing walking meditation around a fountain in Regents Park, June 18.)
Posted by Steve Reed at 5:29 AM