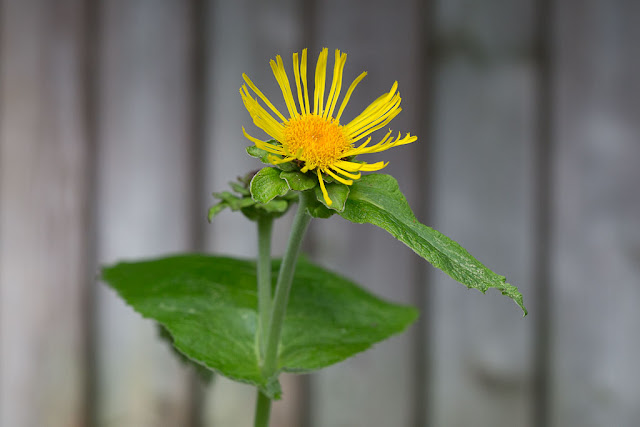 Although the season has turned -- it was supposed to have gotten down to about 43º F last night -- we still have a few brave flowers blooming in the garden. We have one last inula blossom, on a plant with yellowing leaves and dead, brown seed heads.

(By the way, did I mention that I found a forest clearing full of inula near our hotel during our recent trip to Oxfordshire? I was surprised to find it growing wild, but I suspect the plants were garden escapees.) 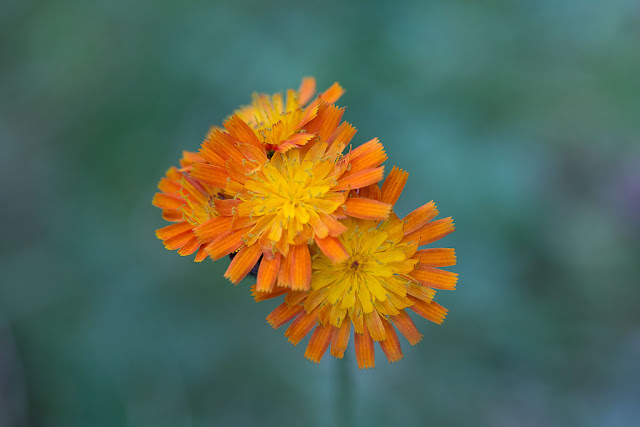 The fox and cubs is still going strong, and looking very autumnal to boot. We didn't mow them this year, so our little patch has lasted longer than usual. 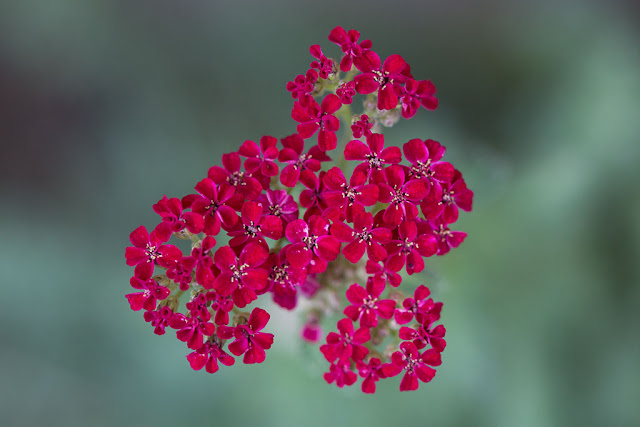 We have some yarrow that Dave transplanted -- it was near death in the spring, having been gnawed by slugs, but he put it in a pot against a warm wall and it has flourished. 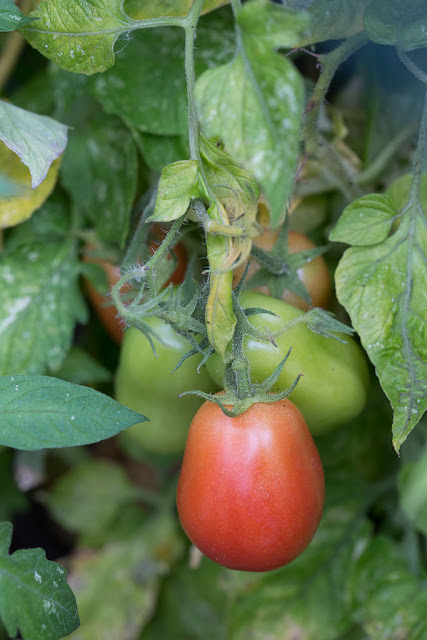 We also have some persistent fruit, like our tomatoes, which have been slowly ripening. We've harvested about 12 so far, and we have several more that ought to reach the edible stage. (With 43º nights, we may need to bring them inside and ripen them on the windowsill.)

Dave hates these tomatoes. He says they taste like cotton. But the fact that we grew them allows me to overlook their shortcomings. 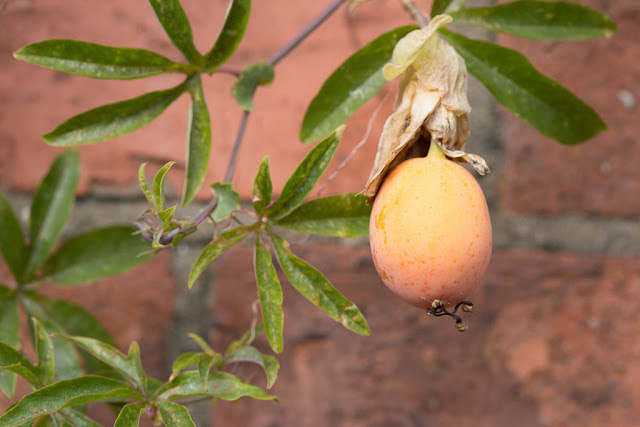 Our passion flower vine has also produced fruit, though I'm told they're not the kind of passion fruit that can be eaten. Apparently the ornamental flower and the edible fruit come from different types of vine. I'm not a big fan of passion fruit anyway.

In other news, last night, Dave and I watched the latest presidential debate. Trump sounded more prepared, though he still descended into absurdity with his threats of jail and special prosecutors. I think Hills did a great job maintaining a presidential tone. I was so impressed with the audience member who asked the final question, prompting the candidates to find something positive to say about each other. It changed the mood of the entire evening and, I think, enabled them to shake hands at the end. That gesture of civility went a long way.
Posted by Steve Reed at 6:30 AM