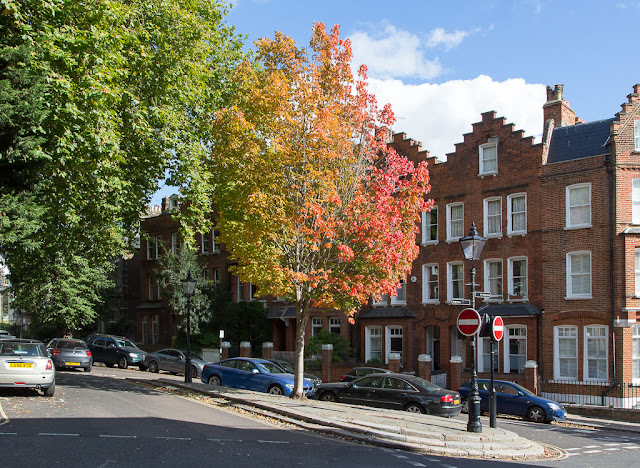 I've been thinking, like many Americans, about the video of Donald Trump and his appalling remarks about groping and assaulting women.

There have been Trump defenders who say his remarks don't matter because they're only words, and that men talk like that all the time. I think they're wrong on both counts, but that defense got me thinking about a story from my childhood.

In the town where I grew up, in Florida, there was a barber shop called Chuck's. We didn't go there much; my mom usually cut our hair. But I went once or twice, probably with my babysitter, who knew the people who worked there and at the adjacent beauty shop. I remember it being a fairly grimy down-home place with hair on the floor, smoke in the air and guys sitting around talking in a southern twang.

During one of his visits to our house from up north, my grandfather went to Chuck's for a haircut. He came home appalled at the language used by the other men. He said he'd never heard such filthy talk.

Which is simply my way of pointing out that while some guys might talk that way, not all do. Some of us find it shocking, especially in a presidential candidate. The constituents in Chuck's (which has long since closed) are pretty much Trump's core voters, I would imagine -- but surely even among them there are men with daughters who are not going to react well to that kind of banter. 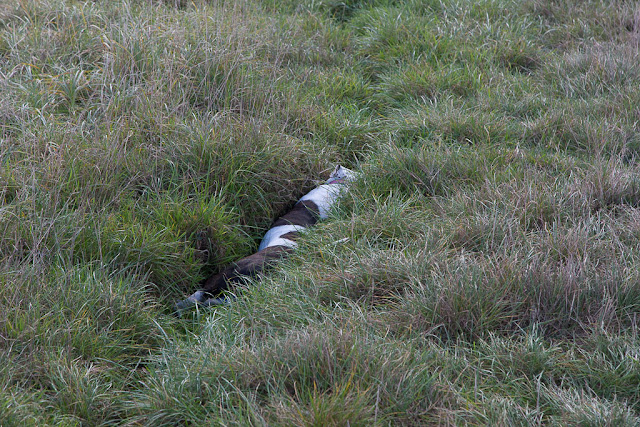 I took Olga to Hampstead Heath yesterday, and she found this narrow trench in the ground. I'm not sure what created it -- it was there during the rainy season and would periodically fill with water. Now it's completely dry, so Olga climbed right in and explored. 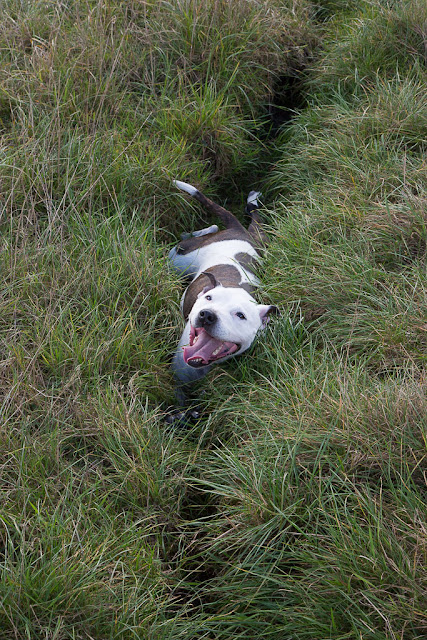 I think she liked it because the ground was cool. She's such a goofball.

We had a good long walk, and then Dave and I went to dinner with our friends Chris and Linda at a neighborhood restaurant. And now, back to work!

(Top photo: Autumn foliage in Hampstead, yesterday.)
Posted by Steve Reed at 7:21 AM

Talk like that is so slimy, so threatening, so base and foul and vile. But Trump took it further- bragging about how he could get away with sexual predator activities because of his fame.
Sickening and I am sick. As I think we all are now.
On the other hand- Olga is beautiful. Do you think she liked the way the grasses felt on her sides?

That tree is looking very much like fall has arrived!
I actually hadn't seen the unedited version of Trump's remarks until Saturday. I knew it was bad, I just didn't know how bad. This morning on the radio I heard a woman still defending him. A woman! She is of the mind set that all men talk like that. I (like you) know that is not true.
Yesterday I did some grocery shopping and planned a nice dinner to prepare at home. Then I watched the debate and lost my appetite.
I also watched a Frontline report on both candidates and how they got to where they are now. It was most enlightening. It's called "The Choice 2016".

when i graduated from high school i worked in a cookie factory...the women used language i NEVER hear before. not to defend Trump..but wow women are just as bad as men.
i love seeing pictures of Olga enjoying life--shouldn't we all :0)

It seems to me we absorb so much of what we live with right from birth that the attitudes and behavior that you described from those men in the barber shop (and the demographic of which they were a sample) must seep deeply into both boys and girls. It would take a strong girl to rebel against that. Actually it would take a strong boy to rebel, too, but a stronger girl, I think. Because if they rebelled, they'd be risking losing the support and even the love of their family. As bad as a family can be, we all still feel like family SHOULD be the people who love and support us, especially when we're young and dependent. It's hard to leave a family behind, even when we're grown. It's pretty well impossible when we're young. All that to say that your comment that surely some of those men have daughters who don't like the crude banter is probably true, but I think that finding ones who would admit it or speak up about it might be hard.

And as always, Olga cheers and delights me. Goofball is the perfect word for what I see in your photos. It captures the love as well as the funny. I always love to see her!

Olga is as beautiful as Donald Trump is not. His comments degrade himself and, unfortunately, America.

Your dog is such a little charmer. She always cheers me up!

Olga, as usual, made me laugh. Not so Trump.