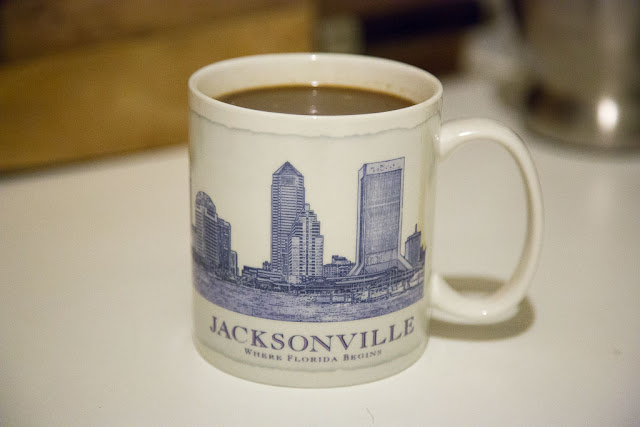 I had a busy day at work yesterday and, unusually for me, didn't have time to read the news. I'd heard about Hurricane Matthew striking Haiti, but I was completely clueless about where it was headed next until late yesterday afternoon, when my brother posted something cryptic on Facebook about the potential for a tree to fall on his car. "What is he talking about?" I thought. And then I realized the storm that so ravaged the Caribbean must be on its way to Florida.

Sure enough, my mom and brother were directly in its predicted path, in Jacksonville, and by all accounts this is a major storm. The governor of the state has told 1.5 million people to evacuate. It sounds like the classic nightmare scenario -- where are that many people supposed to go?

My mom has lived in Florida for 54 years and, to my knowledge, has never had to evacuate before. But these days she lives close to a tributary of the St. John's River, and that's vulnerable territory. My brother's house is also fairly close to the river, although not as close as Mom's. So, anyway, they got on the road and left town. They went to stay with friends out of state.

I'm glad they're getting out of the storm's way, but it's frustrating being here and unable to do anything -- except have coffee in my Jacksonville mug, in a superstitious attempt to send good vibes to the city.
Posted by Steve Reed at 6:58 AM