No Longer Lords of the Manor 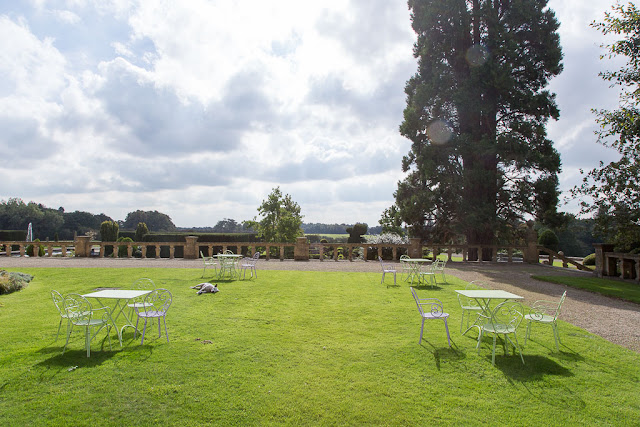 This (above) is pretty much how we spent yesterday morning -- lying around.

We had to check out of our room at 10:30 and our train back to London didn't leave until 3. I'd originally planned for us to go into Oxford and look around town, but with all our bags and the dog it seemed a daunting task. We decided to simply stay put and relax. 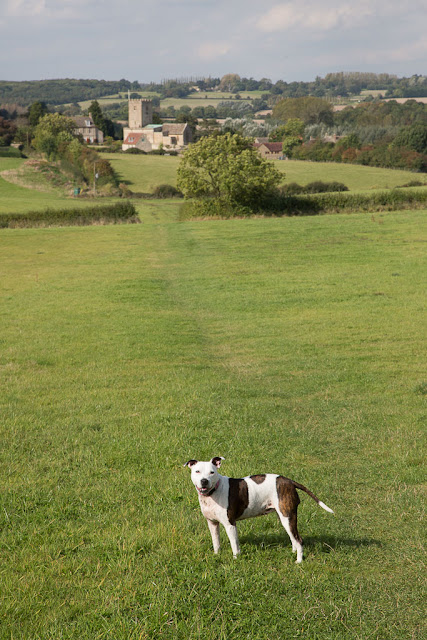 Olga and I took another walk around the village of North Leigh. I discovered another pub -- alas, too late for us to visit it. Oh well, next time!

Finally, we called a cab, and on the way to Oxford station we chatted with the driver -- a lifelong resident of the area -- about all we'd seen. We told him we'd gone to the Roman villa and he chuckled.

"I imagine that was a bit of a disappointment," he said. (Apparently the place has a reputation!) We told him about the inaccessible building where the mosaic is kept and he confirmed that it's almost always locked.

We also talked about all the new housing proposed for the area. I asked him who was buying all those houses. He said mostly people from London, who want more space and then commute into the city. I couldn't imagine commuting from that far away -- it's a bit over an hour to Paddington on a quick train, and then you've got to get where you're going in London -- but I guess people do it.

Anyway, Dave and I had a quick bite to eat at the Oxford station and then made our own commute with the dog. 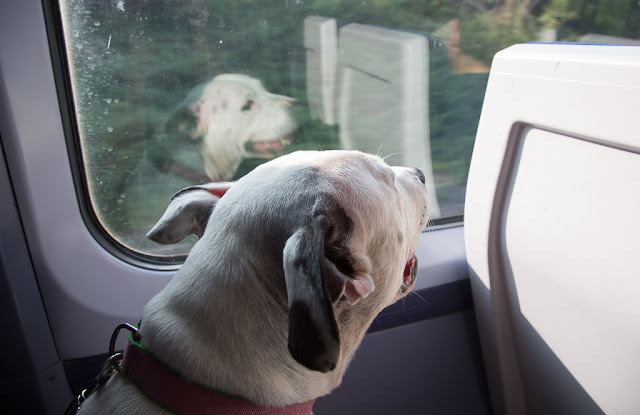 She was so tired by this time -- she was very well-behaved on the train and in the cab back to our flat, and she's pretty much been asleep ever since. She's in bed right now, in fact.

We're relieved to be back, too. It's time to stop pretending we belong in the company of Lady Fortescue (whose book, by the way, I did not finish). The best part of going away, even to such an idyllic place, is coming home!
Posted by Steve Reed at 6:31 AM

It was a great break and the weather was very kind to you. It wouldn't have been the same in grey autumnal drizzle.

You were lucky, a wonderful place, sunny wheather, a large garden for Olga to play and sniff and a beautful English countryside. And a nice walk to see a disappointing Roman villa. Some of these Roman leftovers are really overvalued. But who cares ;-)

Can you even imagine a possible 3 or 4 hour commute back and forth daily?
That's insane.
Well, anyway, I'm so glad you had a good time and I'm so glad you're home and happy to be there. That's the best.

Tired but happy - that's a good vacation for man or beast :)

You can still be Lords of your own manor. You just need to give it a name. Olgahome, perhaps?

You had a very relaxing weekend. I'm sure you'd go back.

Such an enjoyable time...and Olga looks wonderful...Olgahome sounds like a great moniker for the London abode...

my boss at the antique store has a day job in the city. she commutes 1 1/2 each way. I couldn't do it. it was bad enough driving into the city on Mondays and staying til Thursdays.

You are right about home looking so good after you've been away. And bravos to the British rail system for allowing Olga to join you on the trip.

I'm sitting in my hotel room with packed bags ready to head out to the airport. You are so right about going home. As much fun as I had and how much I enjoyed being in beautiful London, I am looking forward to being home again. And then, in a few weeks or so I'll be thinking about my next long trip!