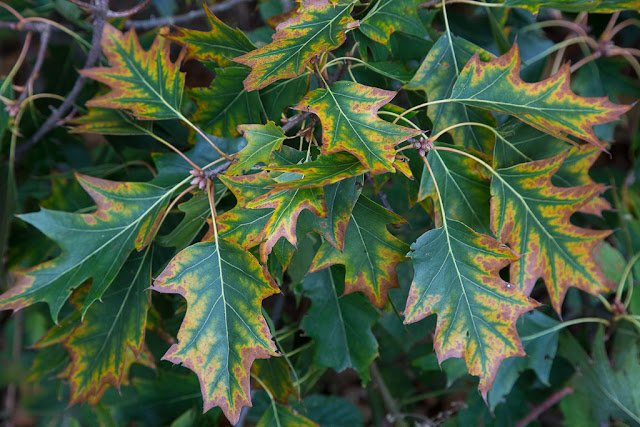 The other day, a colleague of mine posted a crazy story to Facebook. He mailed his absentee ballot for the U.S. presidential election from England to New Hampshire on Oct. 15. He sent it with a tracking number, so he could keep an eye on it. It landed in New York City on Oct. 17, and then, mysteriously, it went to a Postal Service processing facility in Hazelwood, Missouri. From there it's gone through facilities in St. Louis, Indianapolis, Louisville and Lexington. Last he heard, on Oct. 24, it was back in Louisville. He Tweeted the USPS to ask what the heck was going on, but it doesn't look like he's had any sort of response.

The whole story made me a little paranoid. When I mailed my ballot in September I didn't put any tracking on it, because I figured I wouldn't be able to do anything if it went missing. Tracking its progress through the mail just seemed like a way to torment myself.

But I went to the web page for the supervisor of elections in my district, and found that I could see the status of my ballot. And yes, it got there, about a week after I mailed it. I suppose there's no guarantee it's actually been counted, as opposed to being discarded for some obscure paperwork technicality -- like the fact that I used Scotch tape to seal the privacy sleeve. (Is that allowed? I have no idea.) Anyway, there are limits to reasonable paranoia! Right?

(Photo: Oak leaves on Hampstead Heath, Sunday.)
Posted by Steve Reed at 6:10 AM

Donald will be all over that story if he happens to hear about it - it will be a Hillary conspiracy.

Being a fan of "Democracy Now", I am learning that in America the idea of one man one vote is not as straightforward as it sounds - especially if you are black or Hispanic. Disenfranchisement comes in different forms and is quite widespread.

Well, as you and I both know, the mail service in the US can be ridiculous.

Now you are sounding like Trump in that the whole election is rigged! ;)

stories going around here that voting machines in Texas are switching votes from Trump to Hillary. It's all BS of course. Especially since all the posts about it are exactly the same only the name of the town has changed.

This post got me a little paranoid so I looked to see if my ballot was received and it said yes, it was received and counted. Phew...I feel much better now. I do know that when I mailed mine I actually went to a post office to mail it. I figured the less hands it had to sift through the better. That trip your colleague's ballot is taking is crazy.

Wow - what's happening to your colleague's ballot is crazy-making, for sure. I hope it ends up getting to its destination on time.

Those leaves are striking!

Your friend's story raises suspicions. But as you say one can get too over anxious about it.

Makes me glad that we went in person (since we could). But I'm kind of an "out of sight, out of mind" person - it probably wouldn't occur to me to try to track my vote :)