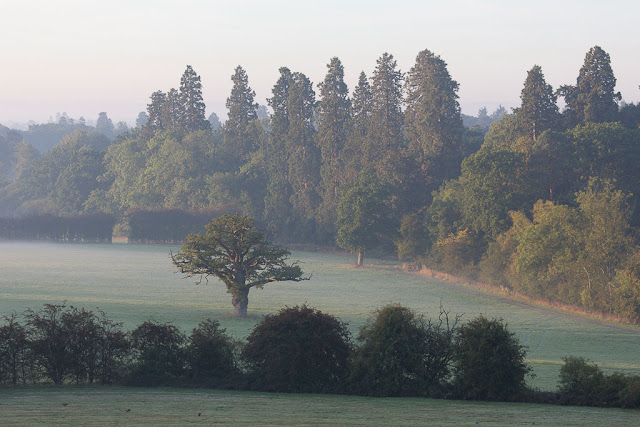 Yesterday morning started out misty. We had breakfast at the hotel and then decided to take a walk with Olga to see the nearby ruins of a Roman villa.

(Being an American -- and from Florida, no less, where practically everything is less than 150 years old -- it still blows my mind to be reminded of the long history of habitation in this part of the world.) 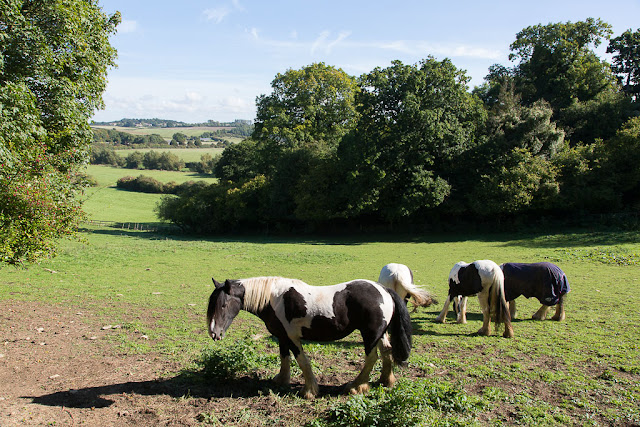 We set out walking according to the directions we got at our hotel, and we didn't have any trouble finding the site. Along the way we passed some horses and little villages and flower gardens with still remarkably fresh-looking cosmos. 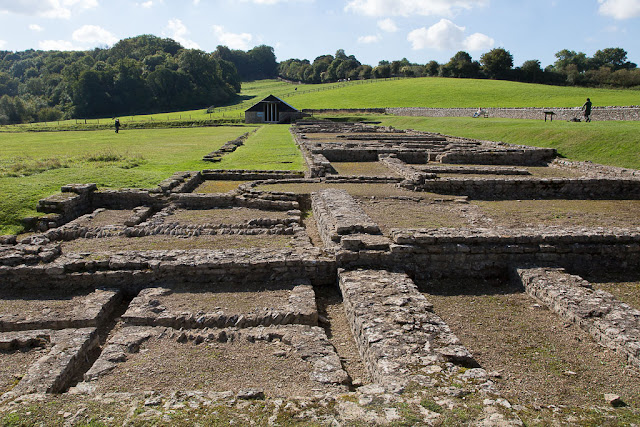 And then there we were, at the Roman villa -- which was kind of a disappointment, to be honest. Two landscapers were there mowing and weed-whacking, so as we walked around this site of remarkable antiquity we were assaulted by the annoying buzz of tiny engines. I think they need to manage the lawn as the Romans would have, with grazing sheep.

The building at the far end of the ruins is a shelter that houses a mosaic floor and some other architectural elements from the ruins. The floor is a much-touted feature of this site, but the building was locked, and seemed like it had been locked for some time. So all we could do was peer through the grimy glass window at the equally grimy mosaic. Which, for the record, looks nowhere near as nice as it does here. 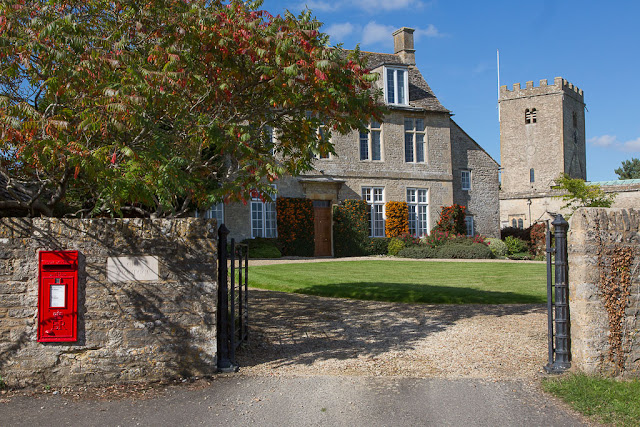 But we enjoyed the walk itself, and on the way back we took a different route -- a footpath through the fields that led us back to the village of North Leigh, near our hotel. We passed the village church and the old vicarage (above). It was a scenic little community, plastered throughout with posters advocating against a couple of large proposed housing developments.

There's a pub in North Leigh and we tried to check it out, but alas, it wasn't open. So we went back to our hotel and had a pint out on the lawn, and then came back to the room, relaxed and enjoyed our view: 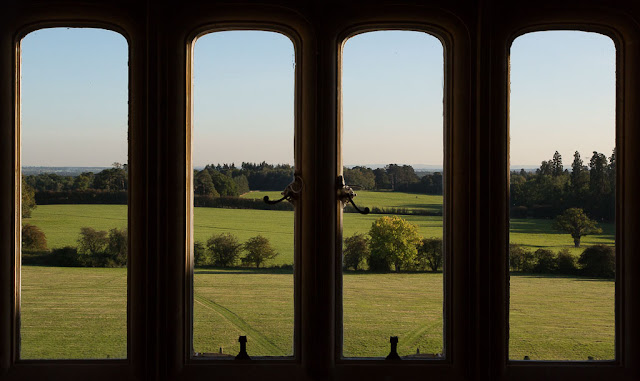 Oh, and yesterday evening, I used our copper bathtub! Taking a bath isn't really my thing, I gotta say, but Dave was in the shower and we were trying to get ready for dinner, so I thought, "Why not?"

I don't want to see the bathtub picture thank you very much! I would rather see a picture of a constipated Donald J. Trump straining on the john.

The walk sounds lovely and must have been especially pleasant for two city boys with an urban dog.

I had been too busy yesterday to comment your post, but with this new photos of your holiday location, I must say, I really love the scenery and I'm glad they gave you a room in the main house with this splendid view. Even if your visit of the roman villa has been disappointing the surrounding is so so beautiful. Much appreciated the North Leigh villagers are against this housing development, what sure would be no ornament to the village.

This is all like a fairy tale to me. Those ancient Romans sure did know how to lay a stone.

yes, it amazes me that people still use buildings that are hundreds of years old, that they even have buildings that old. that's not likely to ever happen here in the states as we tear down anything that is even 50 years old, award winning architecture. oh, needs repair? tear it down and build new.

I get the same feeling when I see things that are very old. My home town was established in 1909 and has been abandoned for more than 20 years. I wonder what kind of ruins will be displayed 500 years from now.

More beautiful scenery from this great location. It seems to be an almost magical place. Enjoy!

I'm sure that tub was a unique experience!

Maybe it's past the tourist season there and that's why things are closed. That happens here, anyway. Love the ponies and your last two lines :)

The town I live in was only incorporated as a town in 1978 but there are ruins of North Americans who inhabited the area 1,400 years ago.