Butterflies and Other Garden Wildlife 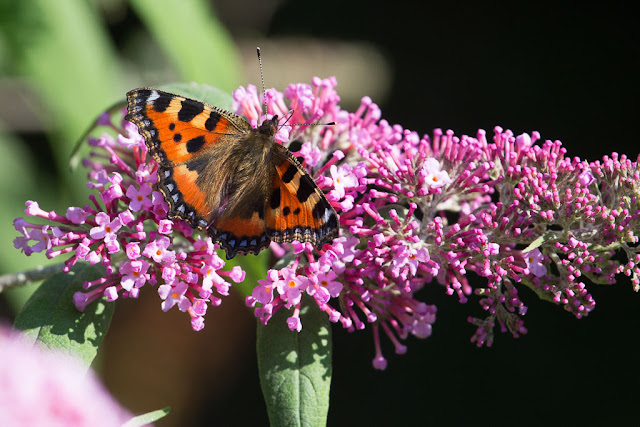 I've mentioned the warm, dry weather we've been having. While it's hard on the plants, apparently it's very good for butterflies. We've seen lots of butterflies in the garden so far this year, including cabbage whites, common blues, red admirals, small tortoiseshells (like the one above), and... 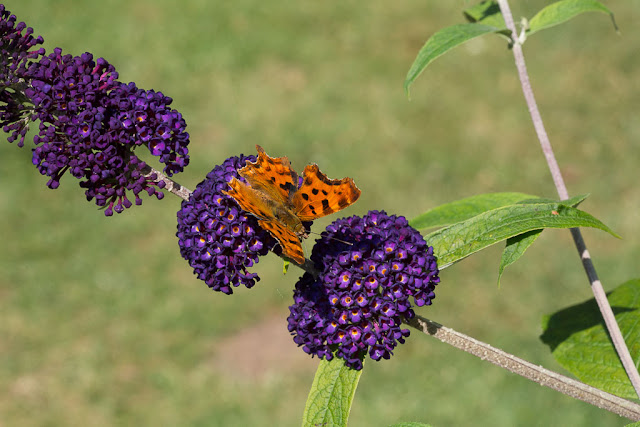 ...commas, like this one. Many of these butterflies are attracted to our buddleia, or butterfly bush, which the butterflies (appropriately) love. The buddleia has a fraught reputation in Britain for being a vigorous weed, and it's true it can seed itself into remarkably small crevices in walls and pavements, and especially on vacant land and beside railroad lines. (We dead-head ours, and I'm not even sure they're the type to re-seed -- we bought them as garden hybrids.) But for attracting insects, buddleia is great. 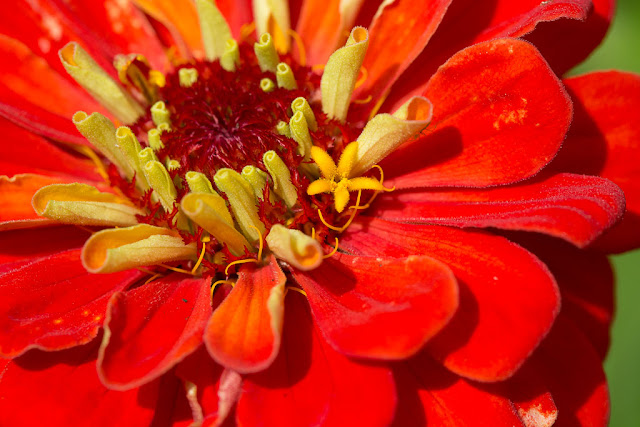 This is a close-up of one of our zinnias. I thought that little flower-like structure in the center -- a flower within a flower! -- was especially interesting. Flowers are so bizarre when you see them up close, aren't they?

(Just above the flowerlet, you can see an uncurling petal -- and there's a bug, almost out of sight, clinging to the back of it. Thus, this photo conforms to the "wildlife" parameters of my post!) 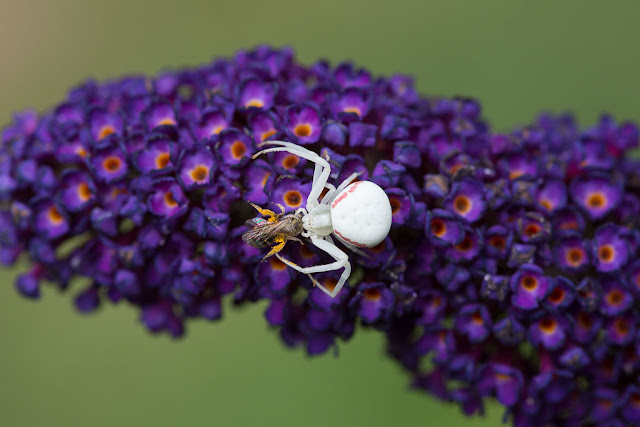 Also on the buddleia, I found this crab spider feasting on a bee. Apparently the spiders lurk until an unsuspecting insect lands nearby, and then they seize their prey with those crab-like front legs. Nature, she fierce!
Posted by Steve Reed at 5:56 AM