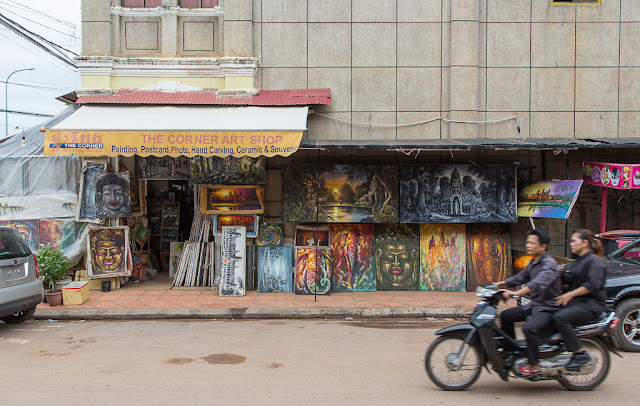 Well, we made it to Vietnam last night, but I haven't taken any photos here so you're getting a few more shots from Cambodia. Hanoi is a big ol' city, which really isn't a surprise, but I haven't seen anything in daylight yet. Our hotel room, although nice enough, has a window covered on the outside by a black tarpaulin! And this morning we're off early to Halong Bay, so Hanoi photos may not happen at all.

Our journey north ultimately went well, but it almost went badly wrong. Blame paperwork and poor planning on our part.

Dave and I needed visas to get into Vietnam. We applied for them ahead of time, as you're supposed to do, and we brought the required money and passport photos to pick them up at the airport.

A visa is basically an immigration sticker that goes in your passport saying you have permission to be in the country. In the case of Vietnam and Cambodia, the stickers are big enough that they require a full passport page.

In my case, that wasn't a problem. But Dave's passport, which is five years older than mine, is so chock-a-block with stamps and visas from previous trips that there was literally no empty page for the Vietnamese visa. (Or the Cambodian one, for that matter.)

We had to show all our visa information at the airport before boarding the flight to Hanoi. Well, Dave's full passport caused some consternation. We pointed out that Cambodia had simply put their visa sticker atop some earlier stamps from Dave's previous trips, but apparently Vietnam wasn't willing to do that. The airline staff had to call up the chain of command and ultimately had to contact Vietnamese immigration to make sure he'd be allowed into the country. 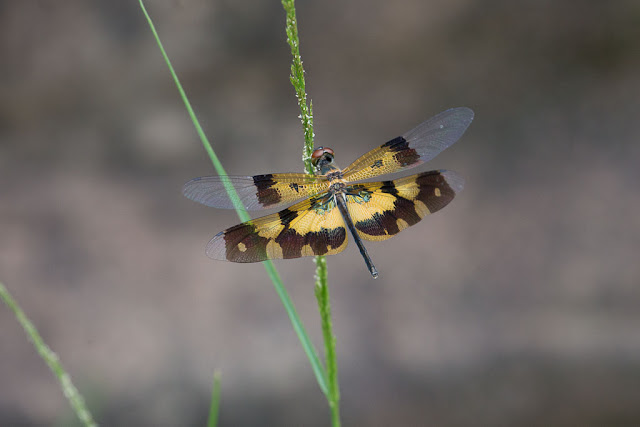 While all this was going on, I stood at the counter quietly running worst-case scenarios in my mind. The U.S. government no longer allows expansion of existing passports with extra pages -- something about security. So if Vietnam said Dave needed more blank pages to enter the country, he'd have to stay in Cambodia, travel to Phnom Penh (the capital) and apply at the U.S. embassy for an emergency replacement passport.

Realistically, I supposed, I would have to stay, too. It would be pretty heartless of me to continue the trip (nor would I want to) while he was wrangling with bureaucracy.

And of course all this was happening on a Friday evening, which meant we'd probably be unable to do anything until next week. Which made it seem unlikely that we could get everything sorted in time to rejoin our itinerary for more than a day or two before having to return to London.

Fortunately, thank God, it all ultimately worked out. Vietnam agreed to issue Dave a visa in the form of a letter, which he must carry with his passport. No need for a sticker. Whew! Crisis averted!

And we're going to get that passport replaced the minute we get back to London. I sure don't want to go through that again.

(Photos: Paintings for sale in Siem Reap; an amazing dragonfly, Rhyothemis variegata, at Angkor.)
Posted by Steve Reed at 6:30 AM