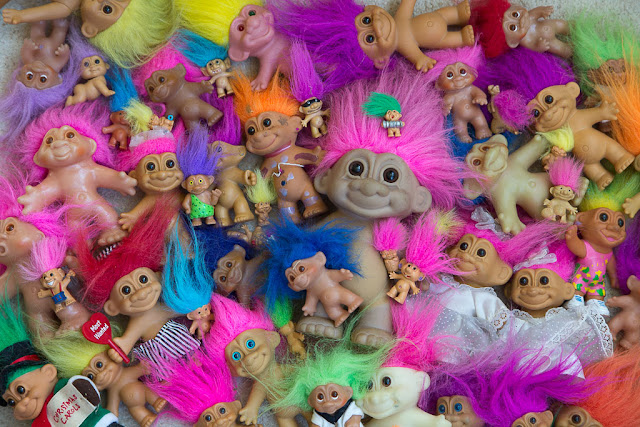 Remember the other day, when I mentioned finding a pile of Beanie Babies, trolls and other toys on a bench?

Well, at the time, I didn't disturb them. Eventually the Beanie Babies and many of the other toys vanished. The trolls, however, hung around for days, seemingly unwanted. They were getting scattered and unkempt -- even more unkempt than trolls usually look. 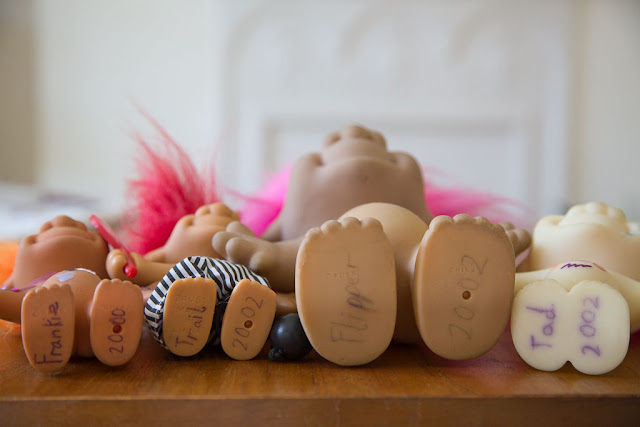 Clearly they had been wanted, at some point, because several of them had been named. (And dated, I assume when they were acquired.)

I couldn't stand the thought of all these plastic objects going in the trash -- and besides, aren't they collectible? Maybe? I put them in a plastic bag and brought them home. When I showed them to Dave, he said:

So I knew I couldn't keep them around the house for long. 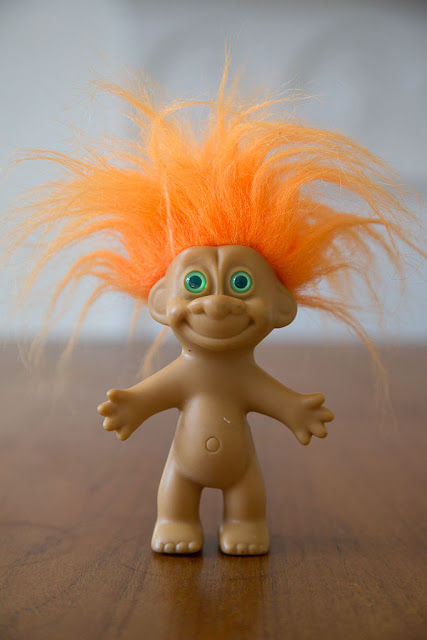 Dave said this one reminded him of Donald Trump.

After I cleaned them up a bit, I put them back in the bag and took them to a Children's Society thrift shop. I figured if anyone would know what to do with them, they might. Surely they'll at least get more exposure (so to speak; they're almost all already naked) there than they would on an isolated park bench.
Posted by Steve Reed at 7:38 AM