The Sea of Holes 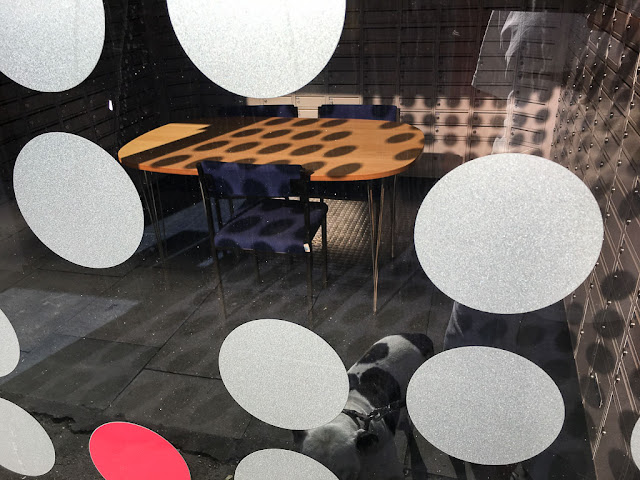 Olga and I discovered this private mail outlet with its crazy (I should say dotty) front window yesterday. Doesn't it look like an art installation by Yayoi Kusama?  I love the way Olga's spots fit right in with all the rest. 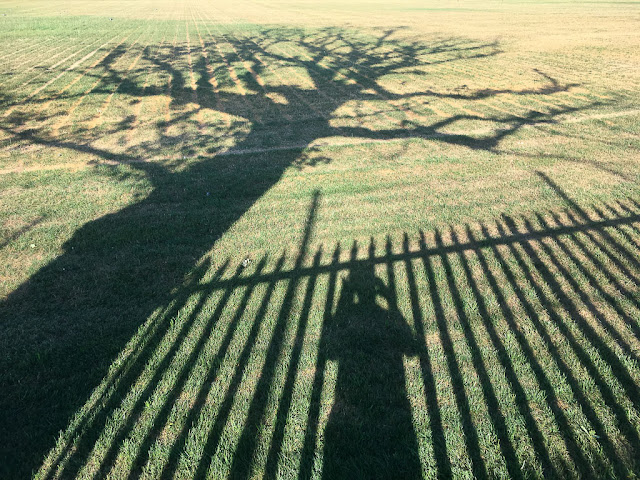 We're still a bit sun-baked here, and will be for the foreseeable future. There's no rain in sight. Lots of dramatic shadows, though!

Yesterday Dave and I went to the Jester Festival, an annual summer event in West Hampstead. It's basically a collection of carnival rides and games, a musical stage, some vendors and food stalls. We took Olga and browsed the tables of a guy selling a huge variety of herbs -- we picked up some calendula, sunflowers, a castor bean plant and some others. 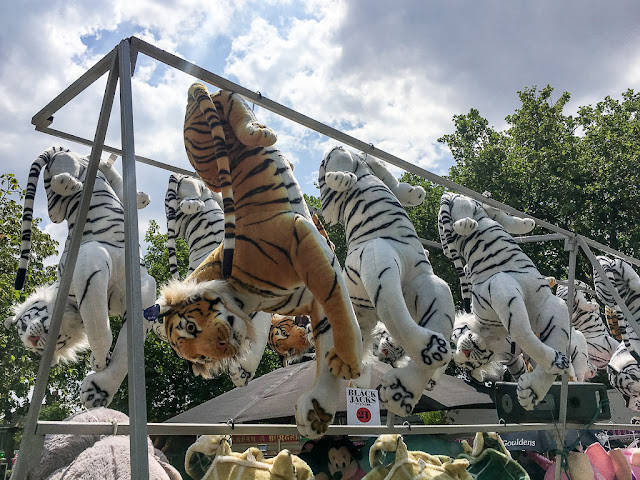 One of the carnival games had all these stuffed animal prizes suspended nearby. Dave said, "Doesn't it look like a tiger butcher?"

I spent most of the day reading and doing miscellaneous stuff around the house. In the evening I went to a special 50th anniversary screening of the animated Beatles movie "Yellow Submarine," at the Curzon cinema in Mayfair. As a child, when I watched "Yellow Submarine" on television, I wasn't all that impressed with it. I remember it being a bit boring. But as an adult, I can appreciate that the thin plot isn't the point of the film -- it's all about the explosion, the paisley unfurling, of psychedelic artwork in brilliant color, and seeing it on the big screen (with a gin & tonic) made it especially magical. It is a beautifully groovy movie!

In fact, the scenes in the Sea of Holes look a bit like that top photo -- maybe Olga and I could have slipped through one of those shadowy dots into Pepperland?!
Posted by Steve Reed at 6:47 AM