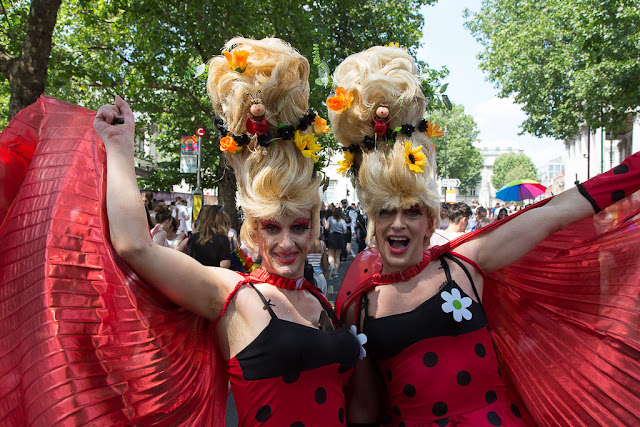 London's LGBTQ (and whatever other letters go there) Pride Parade was yesterday, and as usual I headed into town to see the action. I got off the tube at Oxford Street and walked my way down Regent Street and through Piccadilly to Trafalgar Square.

I met plenty of interesting celebrants along the way! 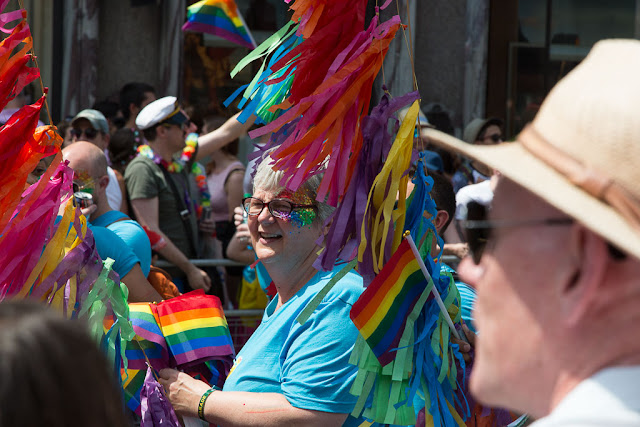 I couldn't see much of the parade itself -- the crowd was three or four or more people deep all along the route. I watched for a while, but mostly walked among the crowds. And there were lots of crowds. 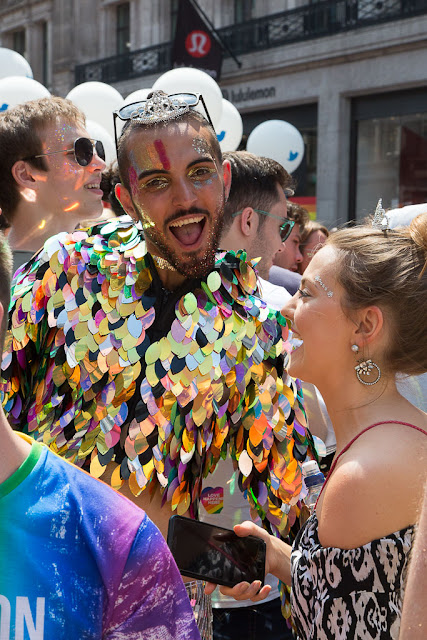 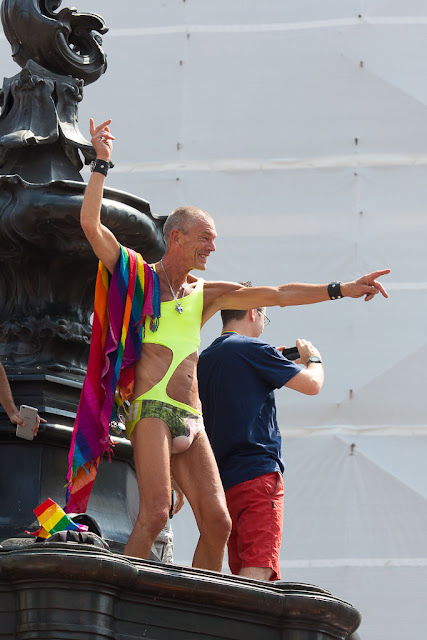 This man was standing on the Eros statue at Piccadilly Circus, sharing his, um, enthusiasm with the world. 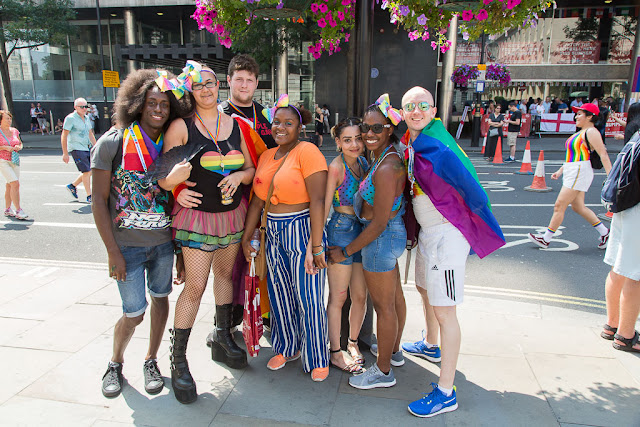 One of the best things about Pride is how mixed it is. You get every race, every age, every ability, every body type and everyone isn't just getting along but truly loving each other. 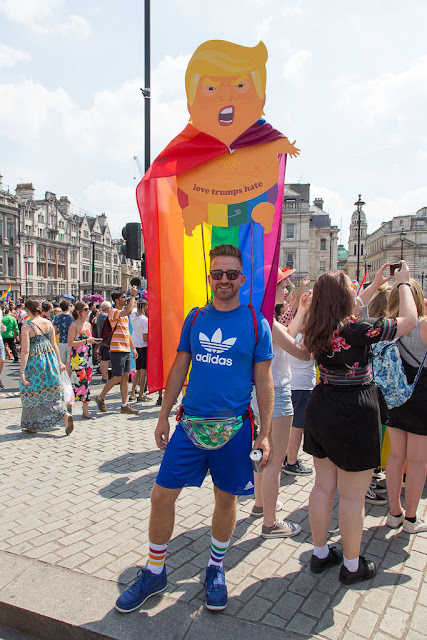 And as we all know, Love Trumps Hate. 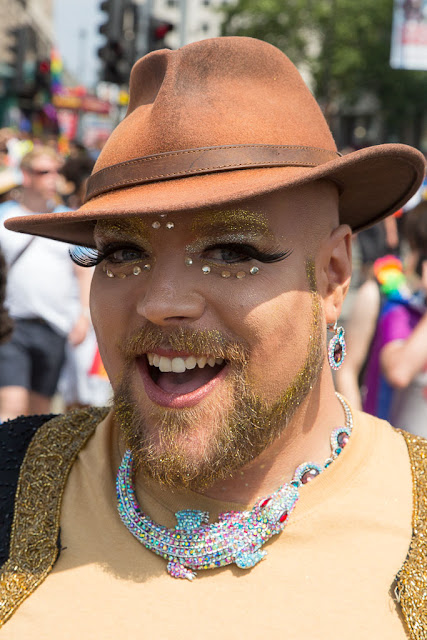 I saw one guy wearing a blonde wig and a shirt that said, "Harry, why wasn't it me?" (Harry prefers brunettes, obviously. I'm sure that was the only reason.) Alas, I wasn't fast enough to get his picture.

And then, to top off this fabulous day, England won its football match yesterday afternoon, bringing us ever closer to World Cup victory. This is getting serious, folks! Even I am paying attention.
Posted by Steve Reed at 7:10 AM