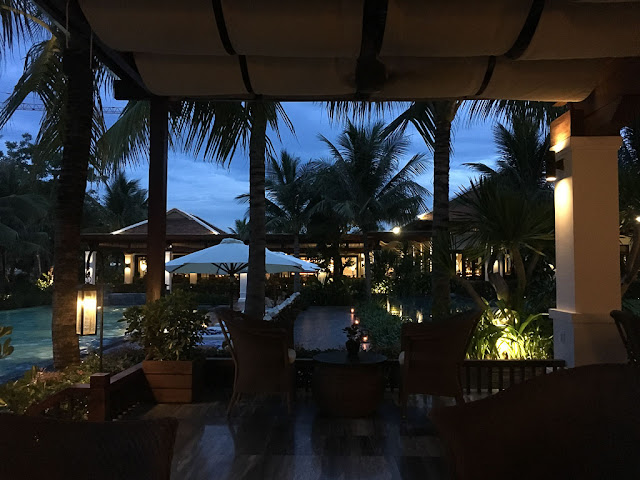 Dave and I flew yesterday to Nha Trang, a beach town in southern Vietnam. We're staying at a ridiculously plush resort south of the city on the South China Sea.

A driver picked us up at the airport, along with another British couple who clearly bought the same holiday we did, as they've been on every leg of our trip so far, staying in all the same hotels. We've befriended them and had dinner together a few nights.

On the ride in from the airport, we listened to a Muzak version of "House of the Rising Sun" as we swept past one gigantic resort hotel after another. Clearly this part of the country is being developed to suck up the tourist dollars. (I found the music poignant, as that is a Vietnam War-era song that no doubt rode the airwaves here during the conflict.)

I am not really a plush resort kind of person, but I gotta say, this is pretty darn comfortable. Our hotel is called "L'Anam," which was the French name for this part of Vietnam, and it has a colonial motif, with lots of dark wood and ceiling fans. Above was the view last night from the hotel bar, were I had a martini that contained too much vermouth but still satisfied. 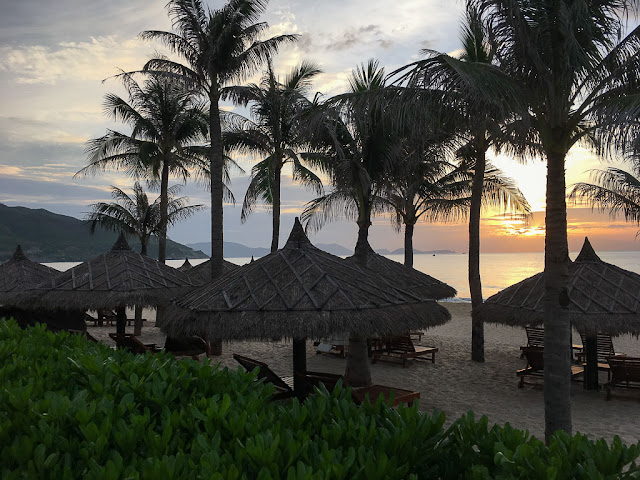 This morning I woke up early and took a sunrise walk along the beach. I went from our resort southward toward a public beach where there were lots of Vietnamese out swimming. 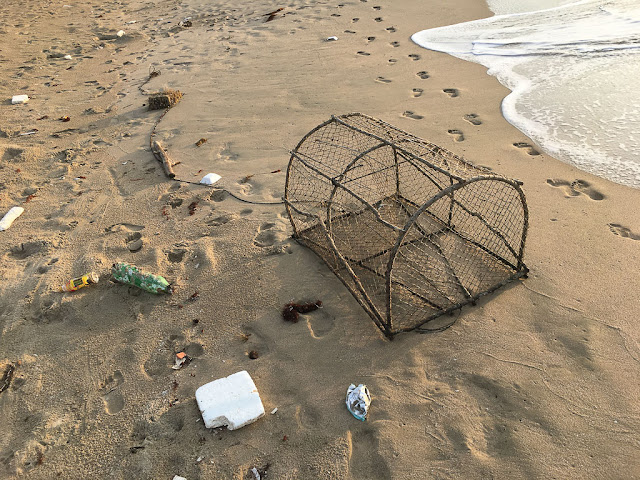 The beach in front of our hotel is clearly swept regularly, as it is pristine and litter-free. But farther south, lots of interesting stuff has washed up, like this trap -- for crab or lobster, I'm guessing? 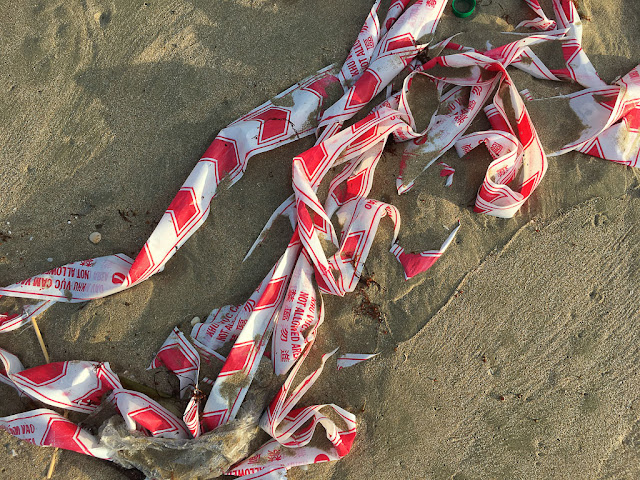 There was also some Vietnamese "Not Allowed Area" tape, hopefully not meant to apply to me... 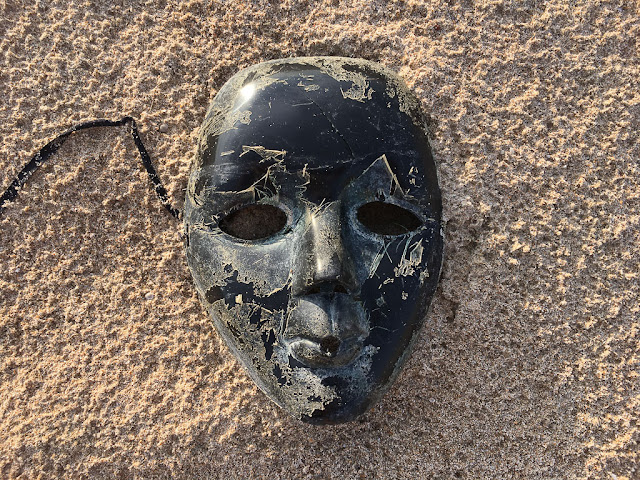 ...as well as a curious face mask. 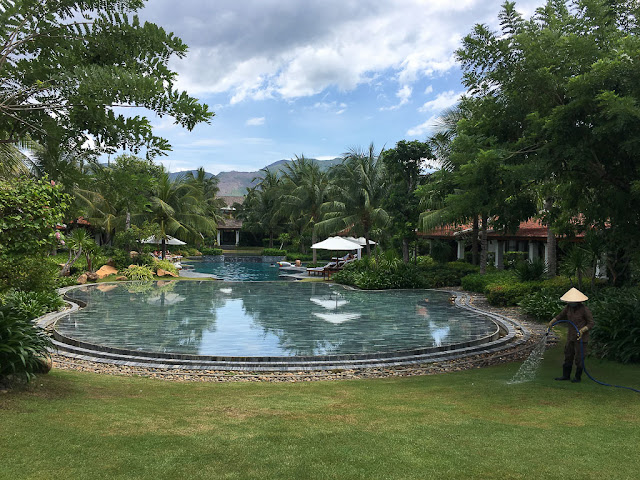 I'm taking a day to lounge around and rest, and then I hope to get into Nha Trang proper and check out the town. We're staying here for five nights, and before long I'm going to need to get out and see some real life.

Meanwhile, Dave and I have massages included as part of our package, and we're scheduled for those this afternoon!
Posted by Steve Reed at 8:17 AM