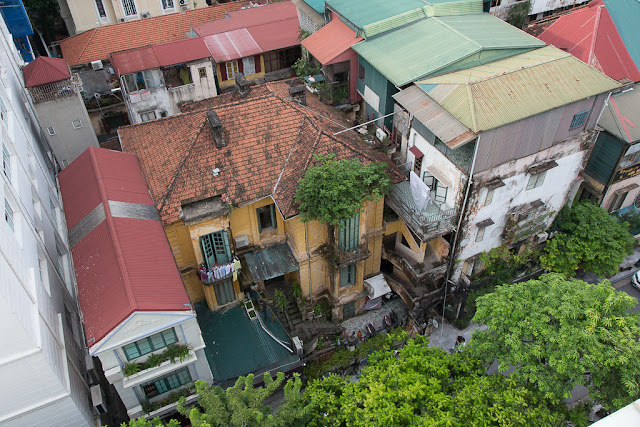 The old French Quarter in Hanoi is full of this architecture — a little bit European, with its wrought iron balconies and shuttered windows, much of it streaked with mildew and carpeted with a jungly overgrowth of plant life. I find it beautiful, lush and evocative.

I finally got a chance to look around this morning. I went out at 6 a.m., thinking I’d find the city empty and I’d take photos of quiet shopfronts and desolate streets before our early afternoon flight to Nha Trang.


But no! Hanoi is an early-rising and apparently very energetic city. People were out in the parks and green spaces playing badminton, doing tai chi, dancing in big groups to music pouring from speakers, playing soccer. It was incredible! I compiled a video of it all, because I couldn’t believe how much activity I was seeing. I mean, teenagers playing football at 6:30 in the morning?!

I even saw some old ladies doing tai chi on a traffic island in the middle of a very, very busy intersection.

It was wonderful. Watch that video. You won’t believe it either. 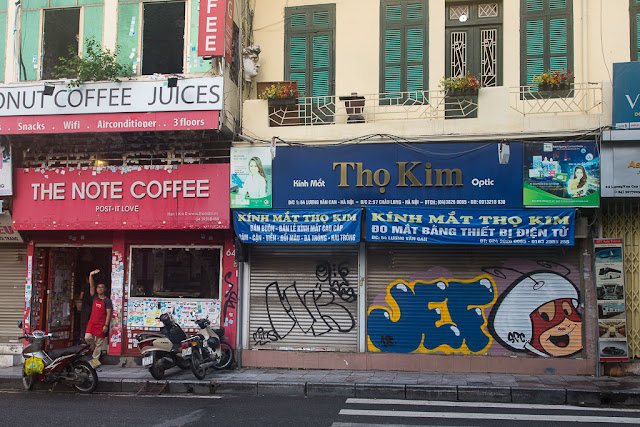 I passed this little coffee shop and that guy in the door waved me in when I stopped to take a photo. The place was plastered with little post-it notes bearing various messages, from “Mango is the best fruit ever” to “There’s no time to be bored in a world as beautiful as this.” 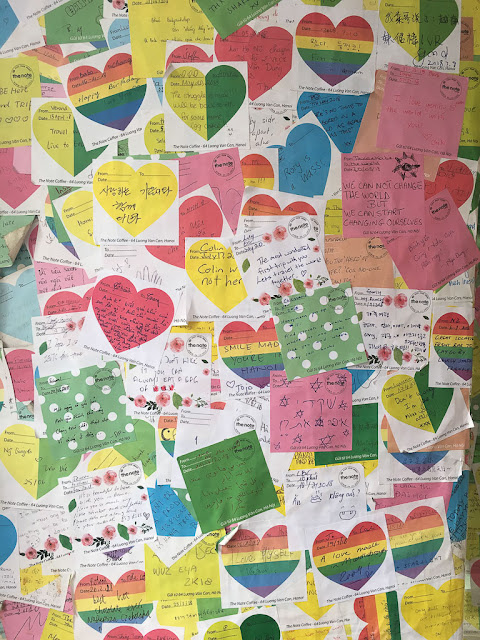 I ordered a strong espresso-like Vietnamese coffee (which I badly needed at that hour) and drank it walking around the lake in the nearby park. The lake had a small weathered temple on an island in its center. 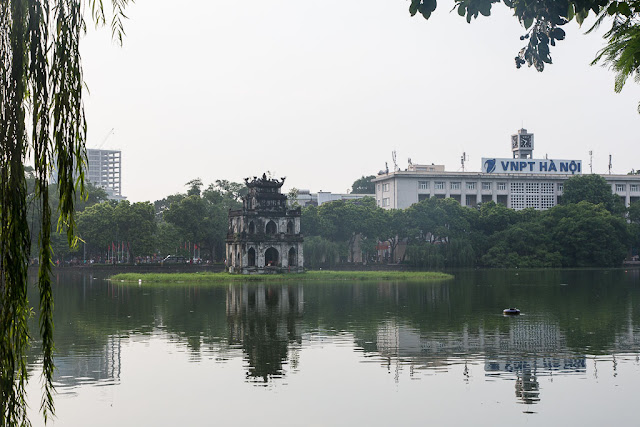 To take on a somber subject: Some of you in the comments have mentioned the Vietnam War. I too have been struggling to reconcile what I’m seeing in Vietnam today with what I know of that conflict and its aftermath. Understandably, it’s still the lens through which most Americans see this part of the world.

In fact, Dave and I were talking about it last night at dinner — we were sitting in a beautiful restaurant with a courtyard, the trees strung with lights. The place was mobbed with Vietnamese customers. I was having a glass of Chilean white wine, waiting for my order of fried rice with chicken, and thinking, less than 50 years ago our country was dropping bombs on this very city.

It’s surreal. There’s a Prada around the corner from our hotel, and a Starbucks across the street. And we lost! What on earth were we fighting for?

I suppose some would argue that our opposition to the Communists in Vietnam — along with the Cold War in general — helped lead to the overall collapse of Soviet-style Communism in the late 1980s, paving the way for the more market-friendly version we see now in China and other parts of Asia.

But I can’t help but wonder whether Vietnam would have gotten here anyway. Was it worth the deaths of 60,000 American military personnel and more than a million Vietnamese? I never understood that war, and I understand it even less now. 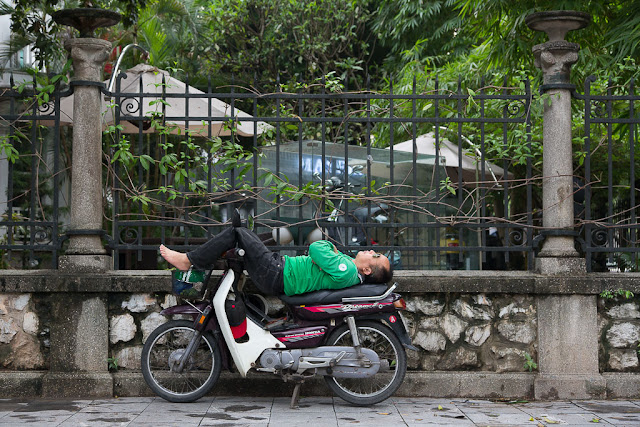 All I know is, despite our defeat in a conflict that was supposed to ensure their freedom, people here seem happy. I see them out in restaurants and working in shops, smiling with their babies, taking family cruises on Halong Bay and dancing in the park. I don’t know how their government works, or how representative it is, but many of them seem to have money and enjoy some luxuries. Most of them are too young to have been adults then, and many weren’t even born. The world, I suppose, has moved on.

And I feel very comfortable and welcome as a visitor, though I'm shadowed by the same sense I’ve had my whole life — that we had no business fighting here.
Posted by Steve Reed at 10:34 AM