Back in the Nest

I need to make this my new mantra. Seriously.

I've been so crabby the past couple of weeks. I feel like a pressure cooker -- like I'm going to explode if someone looks at me cross-eyed, or commits any one of a million minor urban offenses like walking too slowly in front of me or blocking the stairs to the tube.

I feel better now, as I'm writing this at home, than I did yesterday. The stress of catching our train from Amsterdam and dealing with the crowds, the connections, customs and immigration, and an extraordinarily grumpy fast food cashier named Marta at the Amsterdam train station all caught up with me. I snarled at Dave in line at customs and he let me know in no uncertain terms that he wasn't going to put up with that. And I don't blame him. 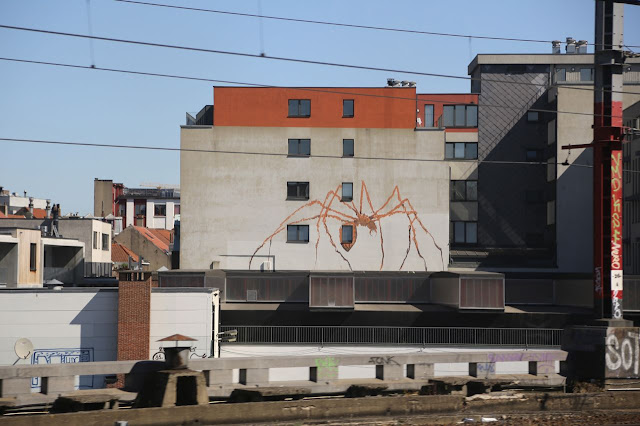 The back-to-back days and weeks of catering to other people, as housekeeper and tour guide, have taken their toll. (I don't mean that as an attempt to sound selfless, believe me. If anything, I'm too selfish. I normally require a lot of me time.) Getting away to Amsterdam was nice but it was only one full day -- and Dave and I agree that the train is really not the way to go. That trip was long and hard. Next time, we're flying.

Overall, I haven't had as much time to exercise as I'd like. I've been eating a heck of a lot of restaurant food, which gets old after a while. Lots of beer and wine -- probably too much, at least for me. The resulting dent in our bankbook has me a bit concerned. And there's just been no break.

I did have my stay in Kent, but even that was a little weird, immersed as I was in an unfamiliar social and work environment, with people I didn't know. (Not to mention an ocean's worth of rainfall.) 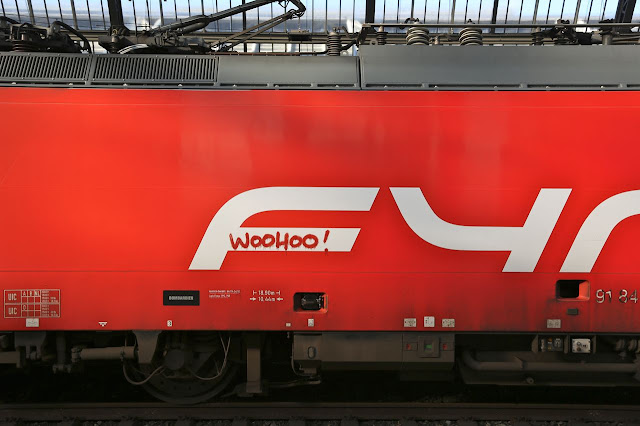 I don't mean to say I'm not appreciative of our visitors -- I am. I'm glad each and every one visited, and I love them all. I'm fortunate for this life I lead and the fact that I'm even able to go to too many restaurants. (What a whiner! Really!) But this summer has been an interesting lesson for both Dave and me. We need to space our visitors out more, and "ring-fence" (as the British would say) some down time for ourselves. We will not repeat the summer of 2012.

Plus I have this new job coming up -- my first non-journalism job in 20 years -- and I'm stressed about that too.

I need to get back to meditating. My backside hasn't seen a cushion in months.

Meanwhile, forgive me, blog readers, if any of my grumpy old man tendencies have crept into my recent posts. I'm doing my best.

(Photos: "Relax" graffiti in a field in the Netherlands; a giant spider threatens Brussels; and some enthusiastic train graffiti in Amsterdam.)
Posted by Steve Reed at 6:10 AM